Shoppers in the world’s biggest economy spent generously over the “Black Friday” weekend in late November that kicks off the US holiday shopping season, and buying picked up further in December, analysts said.

Retail experts won’t have the final tally on the overall holiday season until January. That will include figures from the day-after Christmas, “Boxing Day,” which is usually one of the busiest shopping days of the year.

But early figures point to a good year overall. Mastercard SpendingPulse estimated sales growth for the season at 4.9 percent, the strongest annual boost since 2011.

“Overall, this year was a big win for retail,” said Sarah Quinlan, senior vice president of market insights at Mastercard.

“The strong US economy was a contributing factor, but we also have to recognize that retailers who tried new strategies to engage holiday shoppers were the beneficiaries of this sales increase.”

MASTERCARD: IT WAS BIGGEST XMAS IN HISTORY!

CHICAGO (Reuters) – Shares of U.S. department stores jumped on Tuesday as Mastercard Inc said shoppers spent over $800 billion during the season, more than ever before, boosted by growing consumer confidence, rising employment and early discounts.

The report said holiday sales in stores and online between Nov 1 and Dec 24 rose 4.9 percent, the fastest year-on-year pace of increase since 2011. Mastercard, which tracks spending by combining sales activity in its payments network with estimates of cash and other payment forms, excluded automobile sales from its figures.

THE HEALTH OF THE CONSUMER

Each month, the Bureau of Economic Analysis releases the report on Personal Income and Outlays. This is one of the most important and detailed reports that come out each month as it contains personal consumption expenditures, which represents ~70% of total GDP, as well as income levels, savings rates, and inflation.

Personal Income, the broadest measure of income, increased to 3.84% year-over-year growth, up from 3.37% last month and 1.51% one year ago. Total personal income includes wages and salaries, interest collected, government transfer payments (entitlements), and all other sources of income.

There has been a fairly material acceleration in Personal Income growth, highlighted by the green box. The growth, however, is largely attributed to inflation. The figures on real personal income growth (inflation adjusted) are not quite as promising. 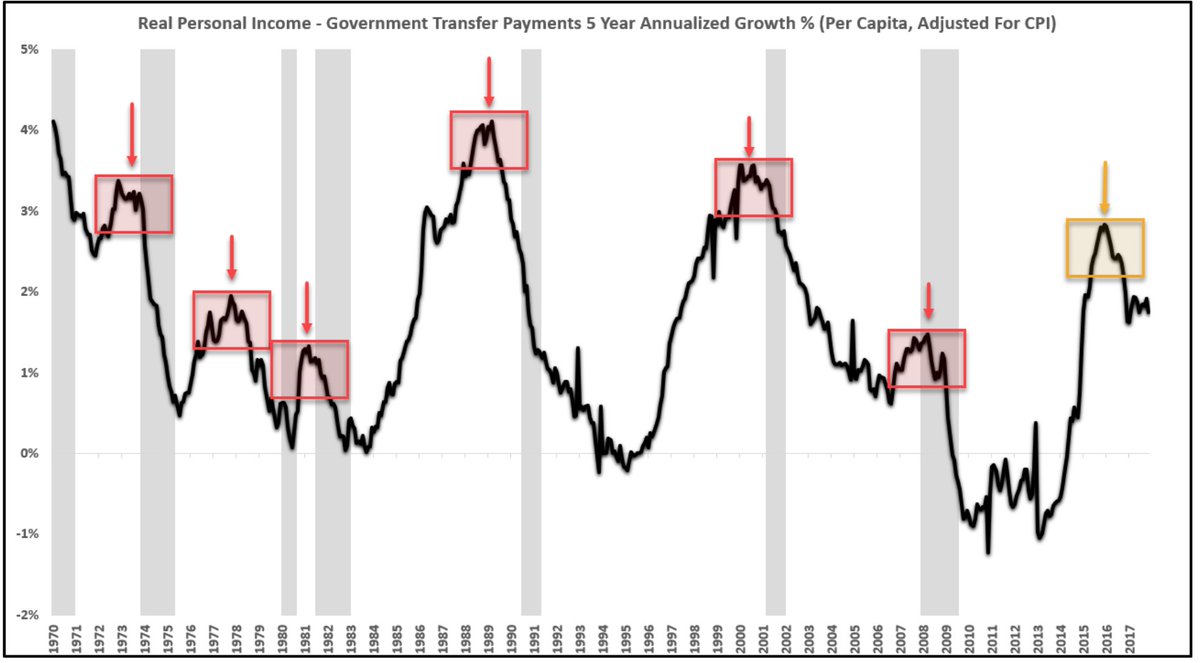 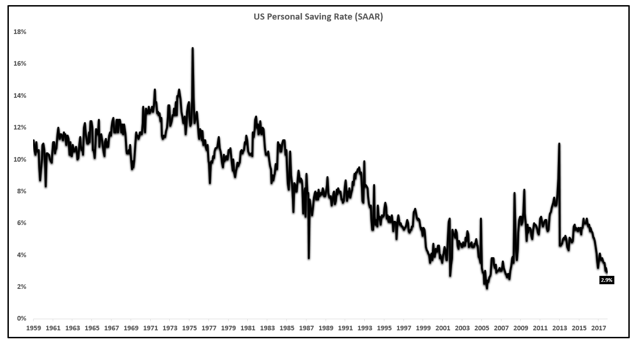 The 23 percent increase on the Bloomberg Billionaires Index, a daily ranking of the world’s 500 richest people, compares with an almost 20 percent increase for both the MSCI World Index and Standard & Poor’s 500 Index.

Amazon.com Inc. founder Jeff Bezos added the most in 2017, a $34,2 billion gain that knocked Microsoft Corp. co-founder Bill Gates out of his spot as the world’s richest person in October. Gates, 62, had held the spot since May 2013, and has been donating much of his fortune to charity, including a $4.6 billion pledge he made to the Bill & Melinda Gates Foundation in August. Bezos, whose net worth topped $100 billion at the end of November, currently has a net worth of $99.6 billion compared with $91.3 billion for Gates.

Former Texas Rep. Ron Paul says a yearlong economic boom under President Trump is “a bit of an illusion” and that debt, inflation, and inequality could cause turmoil that benefits a “hardcore nucleus” of libertarians.
The libertarian Republican leader told the Washington Examiner that Trump could face a strong challenger in the 2020 GOP primary, especially if “things are really much worse.”
“The big opening for us is the fact that this system is coming apart. We’re on the verge of something like what happened in ‘89 when the Soviet system just collapsed,” he said. “I’m just hoping our system comes apart as gracefully as the Soviet system.”

Paul doesn’t believe the U.S. will break into separate countries, but instead expects a rethink of monetary policy and an end to what he considers a U.S. “empire” overseas.
“We have ownership of these countries, but it’s not quite like the Soviets did,” he said. “I think our stature in the world and our empire will end, and that’s when, hopefully, the doors will be open and [people will] say, ‘Hey, maybe these libertarians have some answers to this.’”
Paul said “the country’s feeling a lot better, but it’s all on borrowed money” and that “the whole system’s an illusion” built on corporate, personal, and governmental debt. “It’s a bubble economy in many many different ways and it’s going to come unglued,” he said.
The former congressman for years has presented issues in stark terms, refreshingly so for supporters and with an alarmist edge in the eyes of detractors.
Paul rose to prominence with 2008 and 2012 GOP presidential bids, running on an anti-war, pro-civil liberties message. When his son, Sen. Rand Paul, R-Ky., appeared well positioned for a 2016 presidential run, news outlets declared the country was experiencing a “libertarian moment.”
“The appearance of the libertarian movement has been set back partially because of Trump, but intellectually we’ve been doing well,” Paul said, describing a large “hardcore nucleus” of conference-attending enthusiasts.

The Economic Collapse, Transition Revealed, Just Look At The Clues

READ  Warning Signs A Correction Is Ahead
READ  WATCH BEFORE REMOVED! 10 Signs America Is In Dire Trouble!
2017 has been a horrible year for retailers many have gone bankrupt and many have closed thousands of stores. This holiday season most likely will not be any better and we will probably see more store closures. Housing prices have reached a point where they are now out of the reach of the everyday person, classic sign of a bubble. The Fed knows that they have created bubbles and this is why they are raising rates.Saxo bank says the petro-yuan will overtake the petro dollar. The new National Security Strategy lays out the plan for a the transition and spells out that China will be the next superpower and the reserve currency.
1,335 views