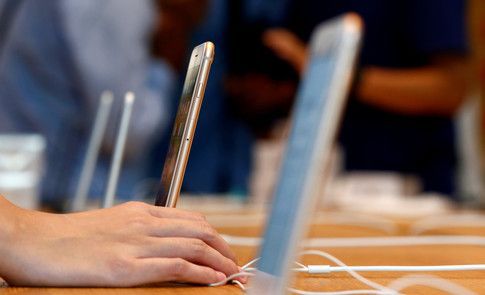 Everyone fell for the smartphone scam. A bunch of tech companies ran around telling everyone they sucked because they couldn’t check their email or watch a movie while they were out in the real world living their lives.
People looked on in awe as if they were wondering how they could have been so dumb for so long. They ran to the stores and immediately started buying every smart phone version there was and they haven’t stopped since.
In reality you have to ask yourself, what am I buying?
You buy and pay for access to media that you buy and pay for access for at home. You pay your cable company a monthly bill for internet access and then turn around and pay your cell phone company for the same access (just at a much higher rate and cost)
500mb download through cable company, $80
10mb download through your cellphone company, $80
People fell for the scam.
No one needs to check email while they are out and about.
No one needs to take video and pictures of EVERYTHING they see.
No one needs to watch movies while they are at the restaurant or doctors waiting room.
No one needs to surf the internet while they are out and about.
No one is really living their life in the world. They are living it in a digital world and only peaking up every now and then to make sure they aren’t walking in traffic.
even when people are in their own homes they are buried in their phone. Constantly looking at something or on social media.
People aren’t people anyone. They are merely an extension of the device they hold. They are slaves to a scam that has taken over the world. A scam that convinced people that they need to be distracted every second of every day for the rest of their life.
People need to wake up now before they wake up one day in the future only to find put they are 90 years old and haven’t done anything with their life but stare at a phone.

Computers are meant to be tools used for informational and educational purposes. Today they have the ability to entertain through streaming video and various other forms of entertainment.
When out in the world. When you leave your home. That is when you should be excited to experience the world and all it has to offer. Whether it be meeting people or just soaking up the ambiance of what is around you.
Today people are told they are only experiencing anything if they can take a picture of themselves doing it or if they can access the internet while they are doing it. They aren’t really doing it anymore. Look at concerts. No one is holding up a laptop while they watch it. No, it’s a sea of cellphones. People aren’t experiencing the concert. They are filming it so they can go home or to a friends house and experience the playback of it.


I just can’t understand why people pay for the same thing twice for no reason.
I pay $40 a month for a phone that has unlimited text and talk and that’s it. Most of the time I don’t even bring my phone when I leave the house. I just can’t justify paying more for something that offers me less than what I get at home.

11 thoughts on “Smartphones are the biggest scam ever?”