We’re having another perfect sell signal. The same i called on monday and wednesday last week: gold/silver/VIX up, everything else down, so this is going to be another epic fail day in US markets. However; this time, something is different. 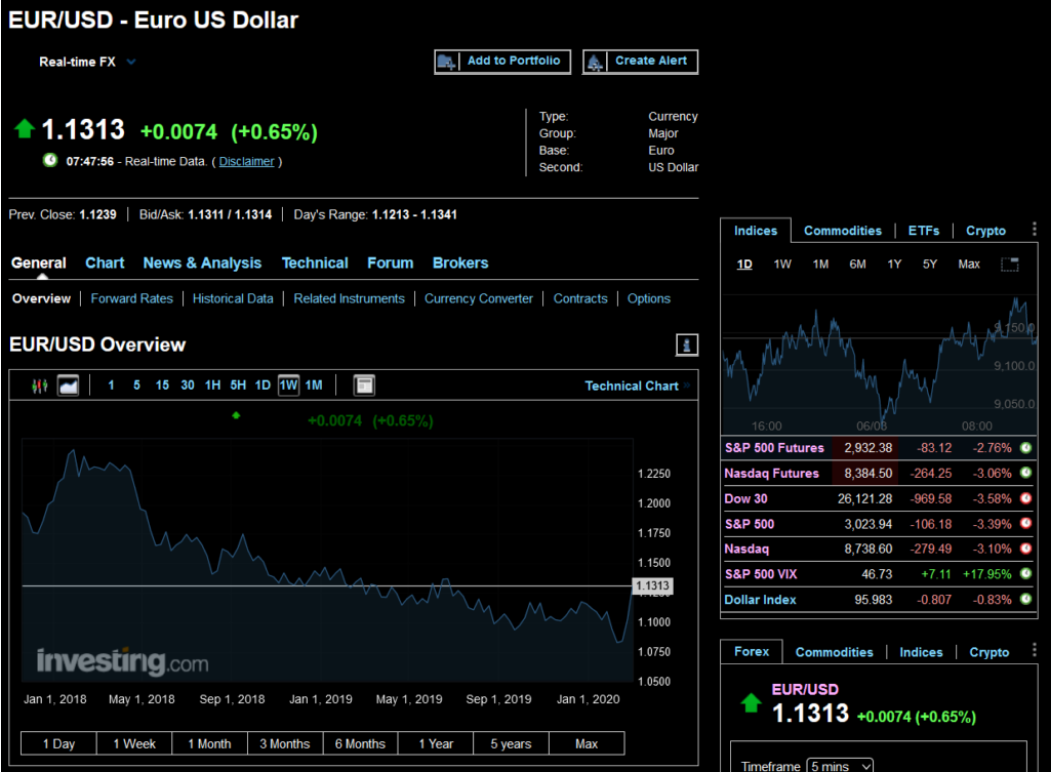 I’m sure people will agree with me any vertical lines are pretty suspect at the moment. This is clearly another break from trend. But honestly, there’s no good explanation for this. If anything; the algos should be buying USD. Treasuries, while diving lower, are still higher then anything the EU offers (which are also still dropping) thus more yield. Even in a perfect sell signal you’d expect the USD to go up because of the traditional safe haven status of the dollar. Not to mention the spreading infection in the EU while the US doesn’t have that (officially) yet. And you’d expect the algos to look at the official numbers.

READ  TRUMP SAYS "We'll Do Something, but not just yet"!

The only explanation i do have is: “Why buy bonds of a country dependant for 35% of it’s manufacturing on China which continues to be locked down”. Cause i sure as shit wouldn’t.

Because remember; foreign countries aren’t going to buy treasuries now, they’re going to sell to mitigate the impact of the virus in their own countries. Which leaves banks to pick up the slack, but they won’t, otherwise we wouldn’t have had the (JPmorgan caused) repo crisis in 2019.

Which leaves private investors such as pension funds but they’re insolvent (Illinois has like 35% funded at this point) and will buckle under the coming crisis. Which leaves the Fed but they’re already at $4,5 trillion on the balance sheet thanks to “temporary” repos. If the economy doesn’t reboot because of supply chain trouble, who in the world is going to fund the $1 trillion YEARLY deficit (in good times)?

True, the EU banking system can/will collapse, but not all EU banks are created equal. The Dutch banks have been sanitized after the financial crisis. The German banks have not been. Even if the Euro as a whole collapses that just means individual countries will unpeg their currency from the Euro and each native can convert funds back to the previously defunct currencies. If the dutch leave the EU right now the guilder (our old coin) would pop as high as the swiss franc overnight.

READ  TRUMP SAYS "We'll Do Something, but not just yet"!

The US does not have that option. It’s dollar or bust, and it’s looking like Bust. Of course – anything can change *overnight* about this whole situation. But really, my attention goes towards only 1 thing:

The EUR is gaining vs the USD, while the EU collectively already has ~5k confirmed cases (including hotspot Italy) while the US is stuck at 233 due to limited testing. It stands to reason when the US cases goes up, the dollar sells. So why is it selling *before* the inevitable case explosion (which is going to take a while because the “million tests a week” seems to have been exaggerated by about a million).

Are the markets front running a downward event in USD? what would that be then? It’s a highly suspicious signal no matter how you look at it.