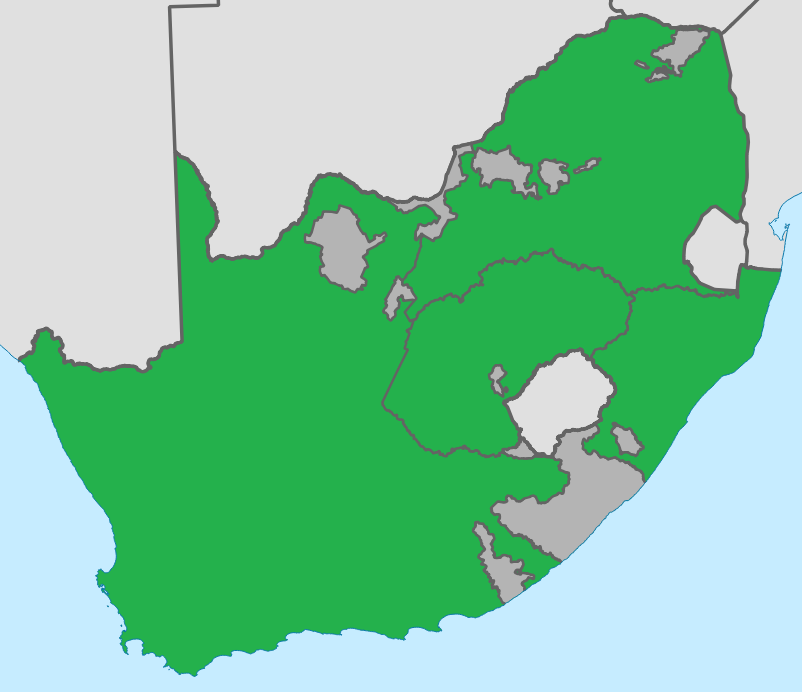 If you want to take a glimpse into the future of our brave new multicultural world, i.e. what is going to happen to any country formerly dominated by “whitey”, look no further than South Africa. Also, I would strongly recommend you to watch Lauren Southern’s documentary Farmlands, it will red-pill you forever (the link’s at the bottom of the article).

Moving along with today’s news story, South African whites, also known as Boers, are currently facing murder, rape and robbery on an industrial scale. Speaking of murder rates, white South African farmers are going to become extinct in a few years. The thing is, being a farmer in South Africa is among the most dangerous jobs in the world, as they’re constantly murdered and robbed by gangs of feral blacks. There’s no other way to put it. And keep in mind that we’re working with “guesstimates” here, because South Africa’s government refuses to keep track of the murders, and conceals and buries the statistics and so on and so forth; also, political leaders were filmed singing genocidal songs, while demonizing the white minority, Christian Afrikaners that is.

Since the early 1990’s, when the Boers committed national-suicide as they voted to surrender power to blacks, white-owned farm murders exploded, with  estimates varying between 2000 and 4000 since. There are approximately 4.5 million whites in South Africa by the way, or 9 percent of the population.

In the same period of time, there were more than 15,000 farm attacks. As per 2017 statistics, there was one farm attack per day on average, and that’s the number reported by the South African media. White South African farmers are more likely to be killed than US soldiers serving in Afghanistan or Iraq. According to a former anti apartheid activist, Genocide Watch chief Gregory Stanton respectively, who visited South Africa in 2012, the country is showing signs that precede genocide:

“Things of this sort are what I have seen before in other genocides,” he said of the murdered white farmers. “This is what has happened in Burundi, it’s what happened in Rwanda. It has happened in many other places in the world.”

And now, South African President Cyril Ramaphosa has asked the ruling African National Congress to initiate a procedure to create a new amendment in the Constitution, which would pave the way for white-owned land grabs without compensation.

Here’s from a BBC report:

“South Africa will push ahead with plans to amend the constitution to allow land expropriation without compensation, its president says.

In a recorded address, President Cyril Ramaphosa said the ruling ANC will “finalise a proposed amendment” allowing the move. He said the reform was “of critical importance” to the economy. Recent months have seen growing anger about the slow pace of land reform in South Africa.

The country’s white minority is believed to have a disproportionate hold over land, with a few thousand white commercial farmers possessing the most fertile lands. However, critics fear expropriation could lead to land grabs, as happened in neighboring Zimbabwe.”

Land expropriation is a nicer-sounding term for land grabbing, or stealing property. And yes, they also fear that what happened to Zimbabwe/Rhodesia, will happen to South Africa, i.e. without white farmers, the blacks will starve, as they proved to be incapable of running the farms. A South African farmer provides food for thousands of people, and if they’re gone (there are no more than 30-40 thousand left), South Africans would starve to death, literally. This already happened in Zimbabwe during a similar crackdown on white farmers between 1999-2000. Now they’re asking white farmers to come back… And the funniest thing is that at that time, many Zimbabweans fled to South Africa…

South Africa’s president vowed during his campaign to confiscate the white-owned lands (since the 1600s, mind you) and to return them to the black population. On Tuesday, he promised that the ANC would pass a Constitutional amendment through Parliament:

A number of Boers already appealed to Russia and Australia to grant them refuge, looking to resettle in more friendly countries, as they no longer feel at home in South Africa, a land conquered and settled by their ancestors 400 years ago. Here’s from RT:

“A delegation consisting of some 30 South African farming families arrived in Russia’s farm belt Stavropol Region last month, asking the local authorities to consider resettling up to 15,000 Boers. Moving “is a matter of life and death” for them the head of the delegation told the media.”

If you ask me,  as the situation spirals out of control, eventually the whites will completely flee South Africa, the economy will go bust, and they will end up like every other African nation. Sorry, but that’s the truth. This is the final stretch for the world that helped end apartheid.  The circle is complete: Whites in South Africa are now the victims of racism, but the outcry from the liberals is missing.

Whether black people like it or not, the white settlers  created South Africa and shaped it into Africa’s jewel in the crown. South Africa was a first world country under apartheid, and they even had their own space program and atomic weapons. Getting rid of whites, one way or another, is simply suicide. It will be a depressing show to watch, and it will end in tears for everyone.

And it’s coming to us:

New Hampshire is 94% white. It is now trying to figure out how to change that. t.co/aVB7YkkKFD