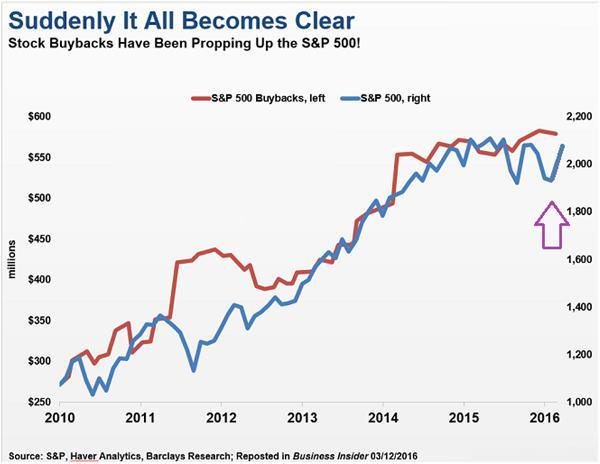 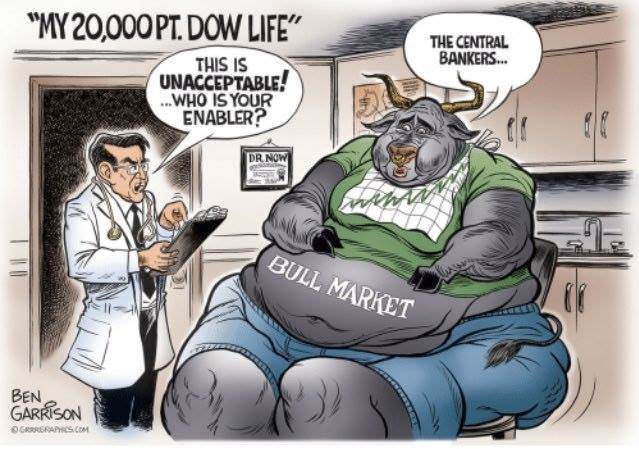 The Next Financial Crisis Will Be Worse Than the Last One

The Fed and Debt Bubbles
The Federal Reserve raised rates three times this year. With trepidation that more or larger hikes would cause a market meltdown (because cheap money has lifted banks and markets over the past decade), each time the Fed acted, it did so by the smallest sliver it could—25 basis points. All told, this brings the total rate hikes of 2017 to 75 basis points. The short-term interest rate now sits in a 1.25 percent to 1.5 percent range.

As part of its rate-hike-into-strength message, the Fed forecast that the job market and economy will further improve in 2018. Trump’s appointed Fed leader, Janet Yellen’s No. 2 man, Jerome Powell, will take stewardship of the Fed in February 2018. Policywise, he will do exactly what Yellen and Ben Bernanke did before him, given that’s how all his votes went—albeit while advocating less oversight of the big banks. That’s because cheap money turbo-boosts the stock market, and quick rate hikes can harm the bond markets.
The reality is that the Fed and the administration are scared that selling too many bonds back into the capital markets will result in broader sell-offs, which could lead to another credit squeeze and possible recession, not to mention losses for the big banks exposed to those corporations.
Zombie Companies
Fueled by cheap Fed money and low rates, the amount of outstanding corporate debt has nearly doubled from pre-crisis levels of $3.4 trillion to record levels of $6.4 trillion.

By Oct. 1, U.S. investment-grade corporate debt issuance had already surpassed $1 trillion—beating 2016’s pace by three weeks. The amount of speculative-grade (or junkier) corporate debt issued during the first three quarters of 2017 was 17 percent higher than over the same period in 2016. Altogether, that means that U.S. corporate issuance is set for another record year, as well as the sixth consecutive year of increased corporate debt issuance.
As history has shown us, all bubbles pop. Until then, certain companies are the equivalent of the living dead. The Bank of International Settlements (BIS), or central bank of global central banks, defines zombie firms as “firms that could not survive without a flow of cheap financing.” The latest BIS Quarterly Report labeled one of every 10 corporations in emerging (EME) and advanced countries as a “zombie.”
Corporate debt of nonfinancial U.S. companies as a percentage of GDP has surged before each of the last three recessions. This year, it reached 2007 pre-crisis levels. That didn’t end well last time. Plus, now, that debt has been powered by central banks the world over.
And whereas, in the past, companies used some of their debt to invest in real growth, this time corporate investment has remained relatively low. Instead, companies have been on a spree of buying their own stock, establishing a return to 2007-level stock buybacks.

Corporations and Taxes
Companies have taken advantage of cheap money to increase their debt and buy their own stock, even though Trump and the GOP peddled the notion that decreasing their tax rate by a whopping 40 percent would move them toward diverting their money from the stock and bond markets into jobs and wages.
The GOP tax bill cuts the corporate tax rate from 35 percent to 21 percent. Collectively, large U.S. companies only pay an average effective tax rate of 18 percent anyway. They only contribute 9 percent to the overall tax receiptsthe U.S. government receives each year.
Companies like General Electric haven’t paid any taxes in a decade. But more to the point, that tax cut is another form of cheap money giveaway. Even Jamie Dimon, chairman and CEO of JPMorgan Chase, concurred. He called the tax cut a “QE4” (another round of quantitative easing, added to the three rounds the Fed executed over the past decade to reach $4.41 trillion in credit).
…
Meanwhile, the Treasury Department, Federal Reserve and other smaller regulatory authorities in Washington will push for greater deregulation of the financial systems and banking industry on any level possible. If there is another financial crisis in 2018 or later, it will be worse than the last one because the system remains fundamentally unreformed, banks remain too big to fail and the Fed and other central banks continue to control the flow of funds to these banks (and through to the markets) by maintaining a cheap cost of funds.
Politically, no one in any position of power will do anything to fix any of this.

The Greatest Bubble Ever (David Stockman)

During the 20 months from the July 2007 peak to the March 2009 bottom, the RUT gave it all back. And we mean every bit of it—-as the index bottomed 60% lower at 340. This time the value of household equities plunged by $6 trillion, and still millions more baby-boomers were carried out of the casino on their shields never to return.
Now has come the greatest central bank fueled bubble ever. During nine years of radical monetary experimentation under ZIRP and QE, the value of equities owned by US households exploded still higher—-this time by $12.5 trillion. Yet this eruption, like the prior two, was not a reflection of main street growth and prosperity, but Wall Street speculation fostered by massive central bank liquidity and price-keeping operations.
Nevertheless, this time is, actually, very different. This time the central banks are out of dry powder and belatedly recognize that they have stranded themselves on or near the zero bound where they are saddled with massively bloated balance sheets. So an epochal pivot has begun—-led by the Fed’s committement to shrink its balance sheet at a $600 billion annual rate beginning next October. This pivot to QT (quantitative tightening) is something new under the sun and was necessitated by the radical money printing spree of the past three decades.

See also  NYSE President: ‘Meme’ Stock Prices May Not Properly Reflect Demand
See also  This is what bond and DXY are reacting to, not Fed. Worrying slowing of 'daily' World GDP in 2H ... Stock markets are just waking up!
902 views

2 thoughts on “Stock Buy Backs Have Been Propping Up the Stock Market Since 2008, The Next Financial Crisis Will Be Worse Than the Last One”