by Ruby Henley
What does the year of 2018 hold for citizens of the United States?  2017 was so filled with issues, which have swiftly gone by like a storm leaving us wondering if we will ever know the truth.  I don’t have a clue if we will ever have the answers we demand, but I do know we are looking at a huge explosion in 2018. It will certainly be another year of swiftly moving news, which will go in one ear and out the other way too fast to process.   It is the chaos that the Powers That Be hope will overwhelm us to the point, we just say, “to heck with it, or I don’t have time to worry about this.” 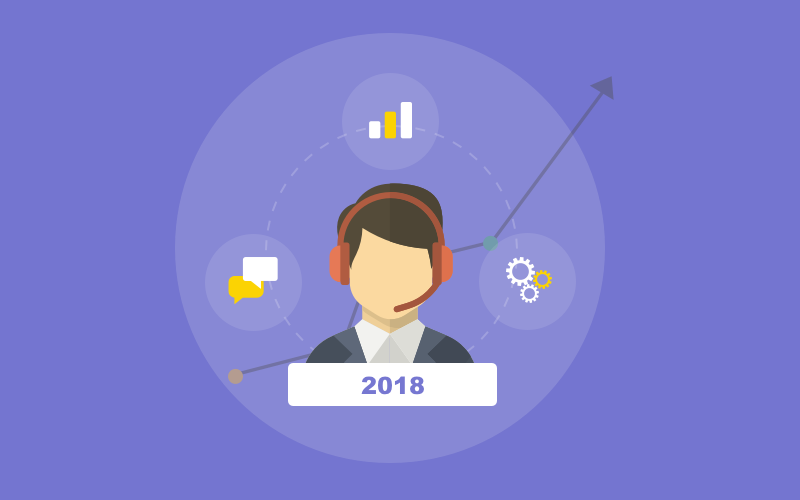 Before I move into events and unsolved criminal issues, I want to report on some of the business issues customers can expect in 2018.  Whether one considers these positive or negative; nevertheless, they are coming in 2018.  After researching, I think the US consumer can look forward to better customer experience.  However, we must also realize artificial intelligence will be pushing its way into our lives.  What will that do to the job market?  I, for one, hate to speak to chat bots, and I always end up telling them, “I want to speak to an agent.”

Let’s look at some of the major events that have occurred in 2017.

What promises did President Trump keep in 2017?  He kept so many, and those many were very important to the United States of America.

Lets talk about the Las Vegas massacre.  The following video is the best I have found which answers many of the questions I had about the tragedy.
www.youtube.com/watch?v=Md-DOIooN6U
www.thesleuthjournal.com/helicopters-used-las-vegas-massacre/
There are some new theories which I believe to be valid.  It is believed there were multiple helicopters  used during the attack on the Route 91 music festival in Las Vegas that left 58 dead and over 500 injured. Could a cover-up involve the fact that helicopter “gunships” fired down into the crowd of concert goers while other shooters conducted attacks on the ground as reported by 5 different witnesses?  I believe this to be true.
Intellihub News reports:
“Intellihub’s Shepard Ambellas was first to present the ‘helicopter theory’ on a major news outlet when he broke the news on The Alex Jones Show Halloween day. During the broadcast, Ambellas reported that helicopters were likely used some type of advanced air assault onto crowd goers.
Moreover, a caller from the intel community leaked information about the presence of the Saudi Arabian-based company named ETS Risk Management which the caller said was “on the ground” the night of the shooting. Several days later, that caller, a man by the name of Zach, was rounded up by the FBI in Florida.”
Here is the story from Intellihub.com by Shepard Ambellas, and he must be given so much credit on his research.  I believe this is accurate.
“Intellihub.com reports by Shepard Ambellas :
Preface: I want to make clear that I am in no way saying that this scenario for sure happened. I am merely reporting on data which I’ve found after scouring hundreds of hours of information, flight data records, and video footage captured between the hours of 9:40 and 10:30 p.m. on the night of October 1 (i.e. If it happened this is how it occurred.)
What if the entire Oct. 1 operation was conducted via an advanced air assault? Flight records show it could be likely?
Flight records indicate that three Airbus EC130 helicopters registered to Mustang Leasing LLC (N-numbers N854MH, N848MH, and N858MH) departed from the vicinity of 6075 S Las Vegas Blvd between 9:40 and 9:41 p.m. on Oct. 1.

The choppers are affiliated with Mustang Helicopters, Maverick Helicopters, and Maverick Aviation Group, all of which are owned by a 68-year-old Army veteran named Greggory Rochna. In fact, according to Vegas INC, Rochna owns 47 Eco-Satr-130s, which “are among the best touring helicopters on the planet,” costing “$3.2 million” each. They use a quiet tail-rotor design which helps to quell unwanted noise generated by the aircraft’s prop-wash, as Jake Morphonios reported in a video which he posted to YouTube on Oct. 13 while conducting his multi-part “Las Vegas shooting investigation.”
After their departure, the three choppers flew to the north through the city in a tight line formation before circling back to the south where they abruptly stopped and hovered directly over the Mandalay Bay/Delano property 7-minutes later. In fact, N848MH hovered directly over a portion of Mandalay Bay’s rooftop just to the west of the Events Center Bar for several minutes (between 9:48 and 9:50 p.m.) before all three aircraft transponders went dark right at 9:50 p.m., just 15-minutes before the shooting started.
In theory, the choppers would each have had to offload two assailants (a total of six). Two of which would have taken sniper positions right away (one on the lower north roof under Stephen Paddock’s room and one on the northeast corner of the Convention Center roof) while the other element of four stormed the casino floor, making their entrance through the parking garage.
The three choppers (N854MH, N848MH, and N858MH) would have had to hold there positions or stay in close proximity to the Mandalay Bay for the next twenty minutes until all of the ended at 10:15 p.m. That’s when the two snipers would have made their EXFIL off the roof via chopper and returned to base with all three craft approximately three-minutes later around 10:18 – 10:19 p.m.
Hypothetically, the following image depicts what the shooters in the helos would have seen from their aerial positions as the three aircraft maintained a flat hover. The assailants would have been firing unmounted M-249 belt-fed SAWs due to the fact that mounted weapons would have been too hard for the three choppers to hide from law enforcement if an encounter were to occur upon their approach or getaway.
Even more disturbing is the fact that the aircraft’s transponder was transmitting the call sign “SWA4119” which is registered to a Southwest Airlines Boeing 737-7H4 passenger jet with the tail number “WN4119.”
According to the data, “SWA4119” was originally scheduled to depart Tulsa (TUL) at 14:10 (2:10 p.m. PDT) and arrive in Las Vegas (LAS) at 15:00 (3:00 p.m. PDT) but was somehow delayed for over 7-hours giving “SWA4119” a new arrival time of 22:22 (10:22 p.m. PDT) which doesn’t make sense because the craft was headed north and was too close to the airport to be aligned with any of the runaways at the time.
You see, the aircraft that was displaying the call sign “SWA4119” between 10:21 and 10:22 p.m., which had first emerged on radar at 10:21, absolutely can not be a passenger jetbecause the actual flight data confirms that the aircraft slowed to a stop then changed its course abruptly to a due north heading before proceeding to hover over the Delano in a very specific spot for approximately one-minute (i.e. the craft in question was, in fact, a helicopter because jets simply cannot hover or change speed and course with such intensity.) This means that the operators of the craft were intentionally transmitting a fictitious call sign before going dark (invisible) from radar altogether.”

This is a brilliant analysis, in which Intellihub has done the research and spent many hours to back up what they are saying.  You must read the continuation of the analysis at www.intellihub.com/vegas-flight-records-reveal-air-assault-extraction-possible/

Some new news I want to speak about is I just read that James Comey met with Robert Mueller before his testimony on Capitol Hill.  This reminds me very much of the fact that Donna Brazile gave Hillary Clinton the questions before her Presidential debate with President Trump.
www.judicialwatch.org/press-room/press-releases/judicial-watch-sues-justice-department-communications-former-fbi-director-comeys-controversial-senate-testimony/?utm_source=t.co&utm_medium=social&utm_campaign=press%20release
“Comey met with the best friend and dirty cop Mueller and then appeared before Congress.  Comey’s testimony was the pinnacle moment where the deep state showed that they were out to remove President Trump from office.  However, Comey’s testimony imploded as Judicial Watch reported –
On June 8, 2017, Comey gave testimony before the Senate Select Committee on Intelligence, in which he admitted: “I asked a friend of mine to share the content of the memo with a reporter [for The New York Times]. I didn’t do it myself for a variety of reasons, but I asked him to because I thought that might prompt the appointment of a special counsel.”
To date, neither Comey or Mueller have declared what was shared at their secret meeting before the Senate Hearing.  Judicial Watch requested what was shared at this meeting but the information was not provided by the FBI or DOJ and so Judicial Watch had to sue to receive this information.  In their report about their request, Judicial Watch notes –
Judicial Watch also sent Acting FBI Director Andrew G. McCabe a warning letter concerning the FBI’s legal responsibility under the Federal Records Act (FRA) to recover records, including memos Comey subsequently leaked to the media, unlawfully removed from the Bureau by former Director James Comey.
“Mr. Comey may have violated the law in leaking these memos to the media,” said Judicial Watch President Tom Fitton. “It would be a scandal if Comey coordinated his Senate testimony with Mr. Mueller’s special counsel office. That we have had to sue in federal court speaks volumes.”

This only adds more fuel to the fire to the pile of lies told by those associated with the Trump witch hunt.  How much longer will this last, and how much more are the American people expected to take sitting down?  2017 has been a tough year for President Trump and those who honestly voted him into office.  We The People spoke, but the Deep State did not listen .  I imagine it will continue, but I dare not even speculate how long, or how it might end.
President Trump is doing everything he can to get the bad guys, and he has given this Country much hope in moving ahead into the year 2018.  May you and yours find the path easier to walk in the New Year ahead.  God bless America.