Stocks gyrated on Tuesday as investors puzzled over conflicting reports over the progress of U.S.-China trade negotiations.

Bloomberg News initially reported, citing people familiar with the matter, that U.S. officials are worried China may be pushing back against U.S. demands in the countries’ ongoing trade talks. The report also said Chinese negotiators are worried they have not received assurances that tariffs imposed on Chinese goods would be lifted once a deal is struck.

That report knocked the Dow Jones Industrial Average down to trade just 8 points higher from being up nearly 200 points. However, the 30-stock index regained some of its footing  to trade 100 points higher after Dow Jones said the talks were in the final stages, noting China Vice Premier Liu He will travel to Washington in the next few weeks. 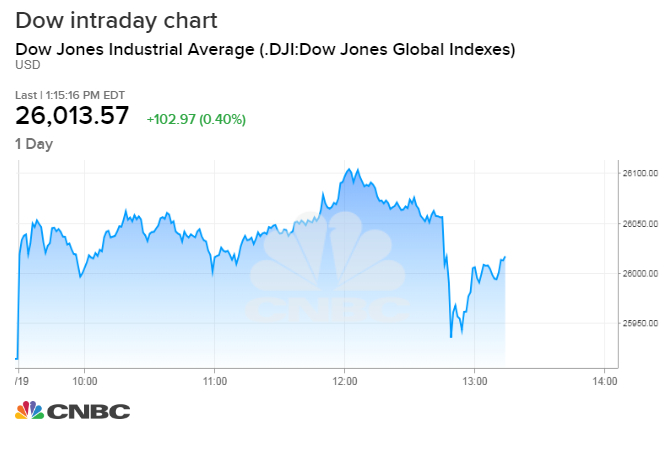 The S&P 500 and Nasdaq Composite were also buffeted by the conflicting reports. As of 1:12 p.m. ET, both indexes were up 0.4 percent.