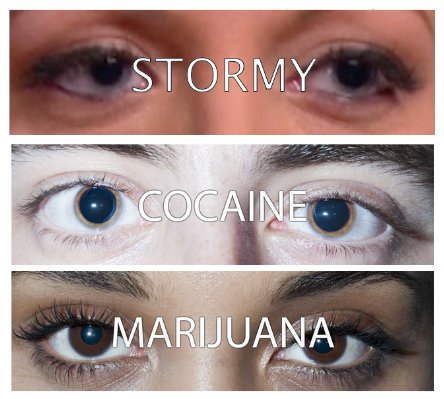 Stormy Daniels enjoyed her (probably last) sixty minutes of fame on Sunday night, as she appeared in the “60 Minutes” show. During the interview, she dished juicy details about her alleged affair with Donald Trump from twelve  years years ago, in what has been described as an hour of bashing The Donald. So, what else is new you may ask? Needless to say, the left wing corporate media was delighted to publicly humiliate the President for consensual adultery that allegedly happened a decade ago, but that’s the sad state of affairs in 2018, when the biggest story of the day is a made-up  so called sex scandal nobody really cares about. It’s interesting to notice though that Sunday night’s “60 Minutes” show had the highest ratings in a decade, with over 22 million viewers, and that says a lot about the American public’s taste, or the lack there of.

Here’s a Fox News reporter asking the same (legitimate if you ask me) question:

And since a picture is worth 1000 words, here’s Mark Dice:

The thing about pupils is that they tend to constrict during TV interviews, due to the bright lights used in these occasions.

Before it’s brushed off as a sexist/neocon conspiracy, please note that @VICE consulted a doctor for this piece. Stormy Daniels pupils shouldn’t be that dilated. It’s perfectly legitimate to question if 60 minutes & @andersoncooper pushed an interview with a woman who was high. pic.twitter.com/GqKYAxzli0

WOW. Check out those dilated pupils on #StormyDaniels! Compare her pupils to Cooper's, and the older photo of her. As a medical professional, I can tell ya what that means-but I'm sure you can figure it out. #DrugAbuse #60Minutes #StormyDanielsDay #StormySunday #MichaelCohen pic.twitter.com/boXKi5pekf

Bottom line, when all is said and done, the left’s big sex-scandal is Trump having consensual sex with a whore twelve years ago, and let’s see if anyone cares except from a bunch of lawyers bound to make a ton of money from this extravaganza and, of course, Melania Trump who was his wife in 2006. Trump should just say: “Yeah, I did her, but I was a Democrat back then” and that would be it.  Consensual sex between adults is not a crime. Trump may be a philanderer, but he’s not a philandering rapist. He didn’t force her to do anything. Cue Maxine Waters’ cries of “peach foddyfive.“