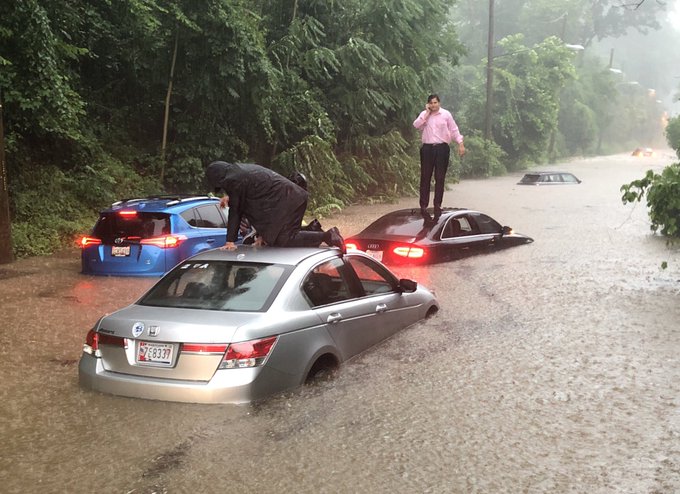 Flood the Swamp: D.C. Gets Pelted By Furious Rainstorm and the Videos are Just Bonkers

It’s an extremely rainy Monday in Washington D.C., and commuters are reporting that the water levels have gotten so intense that multiple stops on the Metro rail are getting flooded at an alarming rate.

The National Weather Service declared a flash flood alert earlier today for the capital and the surrounding areas of Arlington and Alexandria in Virginia.

Emergency situations have reportedly broken out on the Metro lines, plus the weather service has also announced that its already having a considerable impact on public transportation.