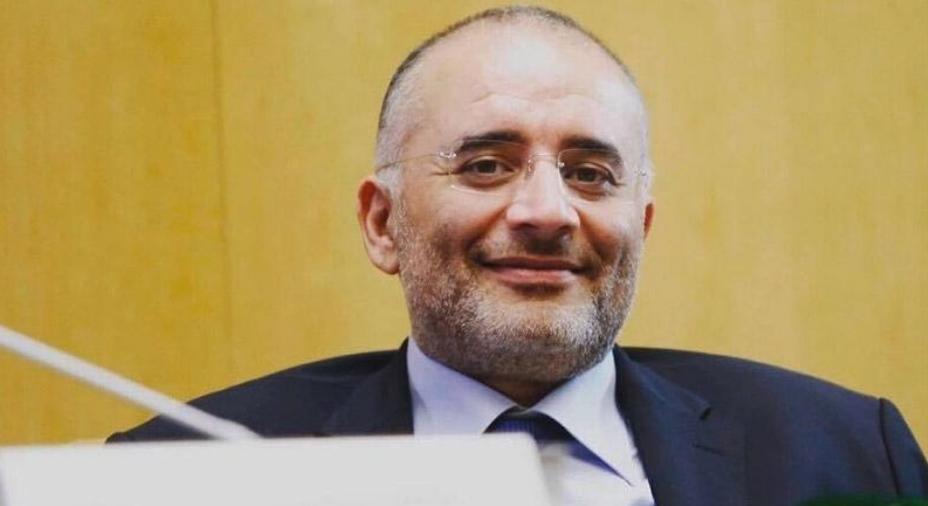 An Entrepreneur with Colossal Ambitions

Coming across Tarek Bouchamaoui and striking a conversation with him conjures up an image of a charismatic yet humble man who listens diligently and speaks softly. Yet this entrepreneur harbors dreams so monumental as to make a sizable impact on a country’s entire economy, namely that of the Republic of Tunisia.

As a prominent Tunisian businessman, Tarek Bouchamaoui is also known for being a significant figure in the world of soccer, and an active member of the FIFA Council.

Aside from being a shareholder and on the Board of Directors of several multinational organizations and private equity funds, he is the Managing Director of the Hédi Bouchamaoui Holding Group (HBG Holding), a family conglomerate with considerable holdings in oil and gas exploration and production facilities in Egypt.

Following the growth and success of those assets in Egypt, HBG Holding has now deployed fast-growing, massive resources in Tunisia, aiming to provide a major boost to Tunisia’s struggling economy. And although the Bouchamaoui Group is principally focused on applying innovative processes for the total transformation of Tunisia’s agricultural sector, HBG Holding additionally has vast and diversified investments in Tunisia’s financial services industry, insurance, the automobile market, the restoration trade, fashionwear, and real estate.

Family History of the Bouchamaouis

Tarek’s grandfather, Ahmad Bouchamaoui, started a civil engineering company that grew and became Hédi Bouchamaoui & Sons, under the tutelage of Tarek’s father, Hédi. Among other interests, this family enterprise initially specialized in oil, textiles, and a variety of other industries.

With a plethora of occupations, limited time on his hands, and having been restrained by the conditions that prevailed prior to the Arab spring of 2011, it is Hédi Bouchamaoui who instilled in his son a deep-rooted desire to think big and aim to restore Tunisia to the economic and industrial strength that it could well muster given proper guidance and adequate resources. In turn, Tarek Bouchamaoui seized the baton, espoused those gigantic goals, and went to work tirelessly.

Tarek Bouchamaoui’s grand objective aims squarely at modernizing the agricultural sector that is critical to Tunisia’s security concerns associated with basic food availability. Developing at an annual growth rate of 5%, agriculture comprises 12% of the country’s gross domestic product (GDP). It also provides employment for some 16% of Tunisia’s workforce, with exports making up 11% of its total production.

Tunisia’s agriculture has partially evolved from small family farms that cultivated daily subsistence produce, to somewhat larger and more productive farming organizations. Farmers are able to lease land directly from the Ministry of Agriculture which, with a total of over four million hectares of disposable and suitable agricultural land, is anxious to ignite this sector’s growth.

Apart from its optimal geographical location and vast subterranean water resources, Tunisia also enjoys an extremely favorable year-round agricultural climate that has yet to be fully exploited. The government has thus come up with a number of initiatives to encourage investments in this sector. Included for example are subsidies for its main exports of olive oil and dates, and lucrative tax advantages for investing in farm equipment such as tractors and harvesters, grain silos, irrigation systems, and food processors.

Going back to the 1970’s and 80’s, the Bouchamauoi family spearheaded a scheme for planting thousand of trees in Libya as part of the Great Man-Made River (GMMR) project that ended up transporting 2.5 million cubic meters of water daily over 1600 kilometers—and delivering 70% of Libya’s daily water needs.

It is in that same spirit of indomitable and far-reaching enterprise that in 20165, HBG Holding created the Al Hadiya—in Arabic meaning “the gift”— agricultural project, with Tarek Bouchamaoui at its helm. Mr. Bouchamoui infused that affiliate of the Holding Group with an initial capital of close to a million euros, and he embarked on acquiring a thousand hectares (100,000 acres) of agricultural land, mostly in and around the family’s home turf near Matmata in the province of Gabès. With that auspicious beginning, the family’s long-time dream and ambition had finally come to fruition.

Based on all that the Tunisian government had to offer in terms of incentives and subsidies, the new Al Hadiya Agricultural company promptly launched into an inordinately ambitious project aimed at becoming a major player in the cultivation and distribution of Tunisia’s agricultural products, with first products showing up in early 2018.

The project aimed principally at the export market, raising the prospect for amassing sufficient foreign exchange currencies to provide a boost to the further development of the Tunisian economy. Tarek Bouchamaoui thus went about the establishment of a network of commercial agreements with European and Arab Gulf nationals for the up-and-coming distribution of Tunisian agricultural products.

An Investment in the Golden Age of Olive Oil

Through its affiliate organization, Al Hadiya Agricultural, HBG Holding further launched a project to develop trees over 750 hectares of fertile land. So far, 100 hectares have been planted with a variety of trees (peach, grenadine, and apricot trees) and some vineyards, plus another hundred hectares of almond trees under cultivation, and yet another hectares of olive trees.

Olive trees and olive oil have a rich history in Tunisia, the country ranking second in the world in exports of olive oil after the European Union. Exports of olive oil also account for 75% of the country’s total production, consisting mostly of the “Chemlali” and “Chetoui” types. By contrast, Tarek Bouchamoui is set on producing a qualitatively superior and more content-intensive type of olive oil called “l’Arbosana”.

An Investment of 17 Million Euros for the Period Through 2019

The Al Hadiya enterprise is moreover buzzing with the project’s other production needs for which a technical partner is providing the support. All kinds of processing equipment are being installed with a soon-to-come 500- ton air conditioning unit, a trituration or compacting unit, and a bottling plant. By the time the project is in full production, the new golden age of olive oil would have cost 50 million dinars, or 17 million euros for the period through 2019, with an initial investment of 15 million dinars, or 5 million euros.

Ecologically-friendly, and with an abundance of socially responsible merits, The Al Hadiya Agricultural project integrates optimally with the Holding Group’s global strategy to modernize Tunisia’s archaic agricultural processes. Utilizing state-of-the-art technological innovation for the cultivation and harvesting of agricultural products, the project also keeps a sharp focus on such other important aspects as environmentally sound techniques, and irrigation processes that feed water to plant roots for maximal water-conservation.

Tarek Bouchamaoui’s other persistent preoccupation has been to provide considerable employment opportunities and elevate the standard of living of communities in Tunisia’s southern districts around the Gabès provinces from where the Bouchamoui family originated. About one hundred people have so far been employed, including a dozen or so technicians and engineers, with another hundred and fifty employees to be hired by 2019.

The underlying hope for the Bouchamouis is for the Tunisian population to be inspired to get back to cultivating the land and thereby prompting other investors to follow suit and modernize, scale, and provide an overall enhancement of living conditions.

With that in mind, the date has thus been set for some five or six years hence for the Al Hadiya Agricultural organization and the Bouchamouis to attain their cruising rhythm and spark the further growth and advancement in the Republic of Tunisia for one and all.

Author Bio: Meet Morakhiya is a content strategist, expert freelance writer, and online entrepreneur. He graduated from Ahmedabad University with a degree of Bachelor of computer application. He enjoys sharing information, inspiring people, and writing pretty much everything that helps small businesses, build brand awareness, engage their target audience and generate more leads. He is an intern at AndroidHeadlines and a Benzinga contributor. For more info you can drop him an email.