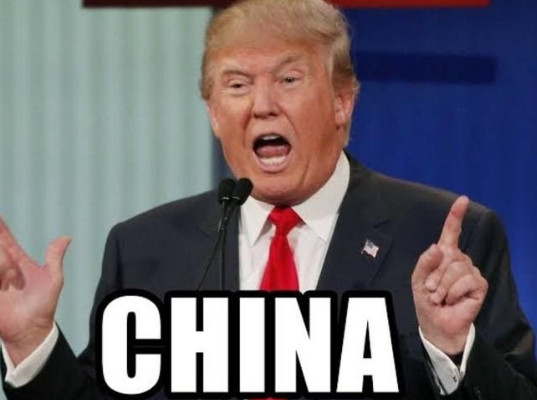 Do you remember how all the covid-19 extravaganza started back in 2020?

First, legacy media started pushing images with people dropping dead on the streets in Wuhan, China, due to a new coronavirus strain dubbed covid-19. That never happened before and since by the way, as all people that were allegedly dying from covid did so in hospitals, intubated or on ventilators.

The common cold is a coronavirus by the way and produces the same symptoms as “covid”. And a vaccine for the common cold has never been created, because it’s impossible, due to the highly mutagenic nature of coronaviruses.

However, now we have 5-6 experimental anti covid shots, or God knows how many, all developed in a matter of months by Big Pharma with taxpayers’ money, sans FDA approval etc.

Even if the new so-called coronavirus has never been isolated, a world pandemic has been declared and almost all countries applied the same anti-covid measures in lockstep.

The official theory was that the so-called covid-19 virus appeared in a wet market in China somewhere, after a Chinese ate a bat or some stupid shit like that.

The PCR/antigen testing hugely overestimated “cases”. The fear mongering, panic and hysteria was manifestly intentional; this should be evident when considering simultaneous, sustained campaigns by WHO, national governments, unprecedented censorship, approving of experimental vaccines, throwing trillions of dollars to keep people happy (or at least quiescent), banning of medicines and protocols which were known even at the outset to be effective, killing many thousands of people on unnecessary ventilators, killing tens of thousands of people who were unable to see doctors during the pandemic for non-Covid diseases etc.

Entire countries went into full lockdown, criminal mask mandates have been imposed, economies and lives were destroyed while SP500 corporations prospered, and the middle class has been wiped out.

Interestingly enough, one year into the pandemic, with Biden in the White House, legacy media is now pushing the conspiracy theory about a military bio-research facility in Wuhan that’s responsible for the covid pandemic.

See also  Another one (nearly) bites the dust: Assassination attempt on Mali's interim president! Conflicting reports on his death

Various “scientific research teams” are now claiming that SARS-CoV-2 binds to human receptors much more efficiently than other species, suggesting that the virus was already adapted to humans when it first emerged, i.e. it was artificially created.

Just so I’m up-to-date with the latest “scientific” dogma: this “deadly” virus “escaped” from a Level-4 biohazard facility, where gain-of-function engineering increased its lethality, but not to worry, my paper mask (made in China), and/or standing 6 feet away from all humans, will help prevent the transmission of said viruses.  Biden won the election fairly by millions of votes without having to campaign or leave his basement, and Epstein killed himself.

Lab workers may have been sickened, but they didn’t create a pandemic. The corona viruses that create SARS are not easily transmitted. That is because they are lower respiratory infections requiring direct, prolonged contact with infected individuals. You must be in contact with secretions and then get that into your nose, mouth, and/or eyes. Breathing on someone is not enough to transmit SARS.

The supposed Covid-19 Pandemic has absolutely nothing to do with the few infected lab workers in Wuhan. They never transmitted that infection to anyone. As to why the “isolated” samples never matched any other samples from infected people later.

The Davos set most likely even planned the lab accident to create deniability for their global live exercise.

When people push the elites and figure out that they scammed everyone into believing there was a deadly disease spreading all over the world, they can push the lab leak and claim Covid is real.

Millions of people who had colds, influenza, and pneumonia were told they had Covid because of fraudulent PCR tests, which created  the false casedemic masquerading as a pandemic.

Of course everyone in power knows this, but it was too good of an opportunity to pass up.

Why do you think all of a sudden they are allowing the lab leak to be a real possibility?

Because people have figured out Covid is bullshit and aren’t getting vaccinated. If all of a sudden a lab leaked bioweapon is confirmed, that might be enough to convince the holdouts to get the jab.

If bioweapons are involved, they are probably the vaccines, since vaccinating everyone seems to be the end goal of this exercise.