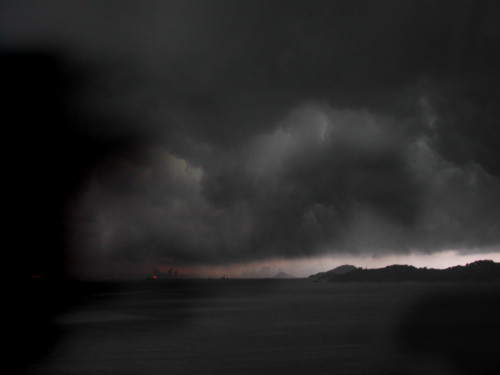 The Great Recession never ended. I say that because the deep economic flaws that caused it were never corrected. All recovery efforts since merely clouded our eyes to the problems growing larger around us, even making them worse, and now we are going back into the belly of the Great Recession.

The recovery was all a prop, which is why I call it a fake recovery. In September, we entered the second part that I’ve long said would hit when the props were removed. (To be clear, I don’t mean predicted to happen in every year I’ve been writing on economics, but that I have said throughout those years would come when the Fed unwound its recovery efforts. Well, the Fed did, and we’re here!)

The needed, difficult and even painful correction of numerous economic flaws was repeatedly kicked further down the road all of those years by our cowardly politicians who did what an equally cowardly electorate wanted. The Fed gave us this extension in time by breathing new life into the bubbles that had collapsed during the Great Recession. It did that via its own artificial respiration — the hot air it breathed into the economy’s dead lungs — trillions of dollars created out of thin air. But none of that solved anything. Instead, it avoided solution.

We have heard our politicians admit over and over they were kicking the can down the road, rather than resolving the problems. They admitted it, and we let them get away with it because we the people (in aggregate, not meaning every particular individual) didn’t want to face the pain or true economic reconstruction, which would have to entail demolition of a badly flawed financial structure and with major legal changes.

In what ways am I saying we propped up the belly of the Great Recession so we never felt its gaping bottom because we didn’t want to deal with the pain of true recovery after difficult surgery? For one, we made the banks that were too big to fail far bigger, rather than breaking them down into smaller companies so they could never threaten us as they did, requiring bailouts as they did. We avoided reinstating the regulatory firewall between banking and stock markets known as Glass-Steagall. We even went back to deregulation of banks when we started tearing down some of the poorly constructed regulations we had created (like the Volker Rule) as a way of avoiding the reinstatement of far tougher Glass-Steagall regulations. We did almost everything wrong.

My central thesis has always been that, as soon as the Fed’s artificial life support (FedMed) was removed, we would go right back into the belly of the Great Recession to find out what is truly down there; and, now that the Fed’s life support was partially removed (as the Fed stopped its post-recovery tightening way ahead of schedule), we’ll discover the patient died years ago and only looked alive because of the artificial life support, but has never been healed.

The cancer that remains

In support of my debt statements above, here are some stats that I read right after writing all of that:

In short, most of the problems from the Great Recession are worse, not better. The Fed has already let enough hot air out of the balloon to where you’ll be seeing more liquidity problems emerge than you ever thought you would. While Fed actions play out instantly in markets, they take many months to start to show up in overall economic statistics, so December’s tightening started playing through this summer, and we have seven months of tightening after December yet to play through. (That’s why the Fed stopped quantitative tightening ahead of its schedule at the end of July and didn’t go the full nine additional months it had planned. It could see stress building due to over-tightening already.) That will cause unexpected deformities to start showing up in these debt balloons.

Unless the Fed gets more seriously back on the quantitative easing wagon, the quakes of September will become a growing cluster worse and worse in size. The Fed’s short but massive injections of new money tell us the Fed clearly needs to reinflate money supply if it’s going to keep its bubbles inflated. Those problems will build relentlessly so long as the Fed keeps trying to solve them with temporary overnight and fortnight financing. The Fed is pressed to take short-term actions and is highly reluctant to return to the old QE regime to get things reinflated because its one argument for saying QE was not monetizing the debt was its constant promise that QE was temporary and would be taken back. (See my recent article, “Sailing Through a Global Storm Without Enough Hot Air.”) Because of its reluctance to go to QE4ever, the Fed is highly likely to come in too late with too little to keep the debt balloons from crashing. It will move as the growing problems demand, but that will mean the problems keep getting worse because the Fed is not getting out ahead of them.

On top of that, it will face, as I’ve promised all along, diminishing returns for its easing due to higher dependency and the public realization (hopefully) that such dependency means the Fed must permanently monetize the US debt at this point to keep the biggest of all debt balloons from crashing. We have now clearly seen last December and this September that the Fed cannot ever reverse its years of easing without crashing the economy. (For many, this is going to be a cloudy realization; for the astute it is obvious.)

The recession has begun

The Fed is already way behind the curve as illustrated in the following graph. As I’ve pointed out with such graphs many times, the Fed has a flawless track record of tightening right into the next recession, but that recession usually begins within just a 2-3 months of the Fed’s first interest-rate cut following an extended period of rate increases, and we got that first cut at the end of July. So, the time for recession is NOW.

I say the recession began in September with the rapid decline in almost all economic stats this summer laying the ground work. September’s liquidity crisis gave us the first serious foreshocks of what is coming. (That event was a true crisis if measured by historic scale, given the Fed has not had to respond with anything so large and so unexpectedly since the Great Recession began.) The graph above shows that recessions have always begun about 2-3 months after the Fed’s first rate cut following a drop in GDP. That would be about now.

I anticipate an ugly October Surprise in stocks as the economic foreshocks increase, ripping through the stock market. Whether a large stock decline happens or not (given the markets completely irrational nature at this point), the troubles in finance may kill what is left of already declining consumer confidence. Trump, desperate for something big enough to take attention off the (admittedly questionable) impeachment inquiry, could save stocks by striking a mediocre deal with China to get something he can spin to win in the election season. Whether stocks go down or not, unemployment appears to be putting in a trough, and that is usually the final sign before a recession begins. I that happens going into the holiday shopping season, it will further hurt the already badly failing retail sector.

That said, we won’t likely see GDP growth reported as having gone negative in the third quarter, but we can plainly see the serious breakdown that cracked through the surface at the end of summer when we finally saw the liquidity crisis break into the open. That’s a crisis the Fed has been creating for months with its tightening. Months of full-impact ($50 billion per month) tightening that continued past December’s final interest hike still have to play through the general economy, which will pile on pressure all winter long. Even if the Fed goes full, hard reverse back into quantitative easing, a large ship doesn’t start backing away from the rocks the second you hit reverse.

Of course GDP, as I’ve stated with my summer recession prediction, takes months to calculate. For the Great Recession, we didn’t see the recession declared based on stats until the revision of six months of data came in something like nine months after the recession actually began. The thing to watch for in determining when recession begins again is fourth-quarter going nearly negative (to be revised to fully negative in time) and the liquidity shocks that started at the end of summer continuing to cause problems that show the events of the past few weeks of summer were the beginning of an economic collapse.

In my next article, I plan to recap the stats that relentlessly marched through the summer straight toward recession. Then I’m going to show what the bottom may look like. At the same time, I’ll lay out the countervailing forces from the Fed that will likely dampen the coming collapse, spreading it out and possibly even creating small rises along the way. In economics, as in the stock market or any market, there is never a straight line to anything.

Overall, you will be able to get a sense of the real bottom that underlies the events now showing up around us,. That bottom will be found when the Fed’s last efforts are exhausted. You will be able to see, as the Fed takes action, that its efforts look increasingly exhausted. It will become evident that the Fed is constantly behind the curve and desperate, pushing up the bottom again and again but never launching a true, new, brave and bold, shining economy … until our financial system has to be replaced.