US arming and funding Al Qaeda in Libya and Syria 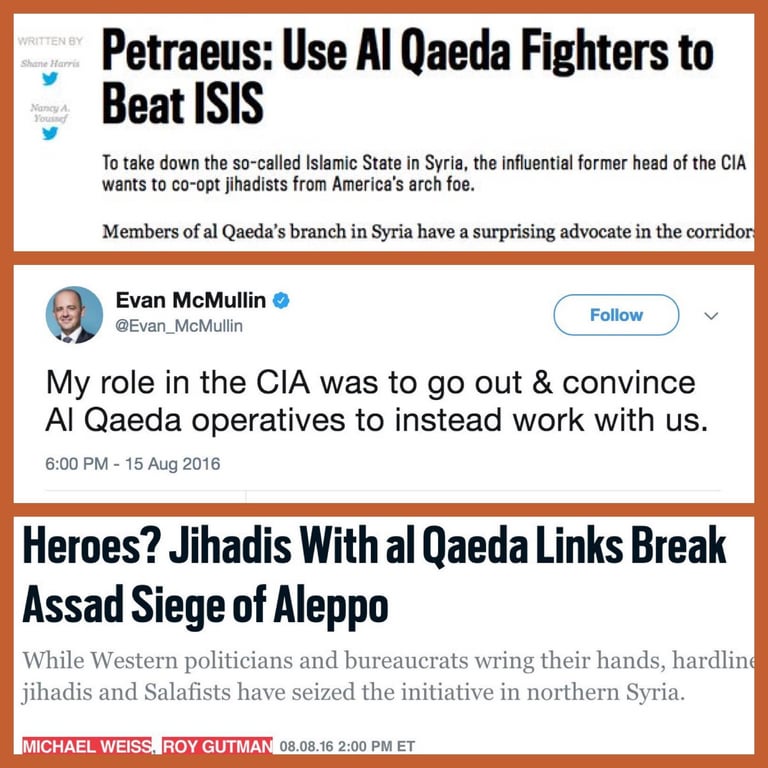 US working with Al Qaeda and ISIS to help Israel

Mike Flynn: ISIS created by “willful decision” by US to “Support An Insurgency That Had Salafists, Al Qaeda And The Muslim Brotherhood”