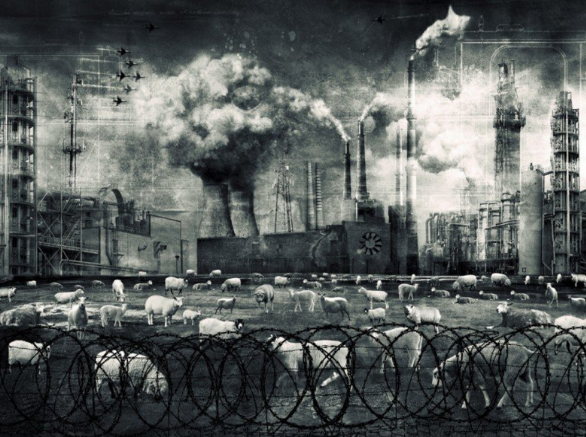 One of the earliest books I’ve read when I was a teenager with an interest in politics was Alexis de Toqueville’s “Democracy in America”. I didn’t understand all the concepts in the book at the time, but nevertheless, it was an interesting read to say the least.

The key word in that book is democracy.

Due to the mass indoctrination in the public (and private) school system which replaced education and critical thinking, Americans now believe that the USA is a democracy. That’s very far from the truth.

The WASP founding fathers of America even said something along the lines of: we are giving you a Republic IF you can keep it.

Fast forward to 2021, and America is becoming a totalitarian dystopian state. One of the main culprits for this situation is universal voting rights working in tandem with mass immigration from the third world.

The main problem with our so-called democracy is the “one man, one vote” mantra.

How come the vote of a homeless drug addict has the same impact/value as the vote of a family man working 2 jobs to put his kids through college?

In the movie Starship Troopers, military service was not mandatory. However if you wanted to vote and directly affect the lives of millions of people, you must have served a term within the military.

This was so that you understood what you were protecting and why voting mattered.

Those who served were granted citizenship. This ended with an odd combination of a democracy and a militaristic dictatorship, which is still far preferable to any system that allows the bulk of our government to be elected.

See also  Yet Another Story About America’s Modern Day KGB

Any country that elects people like Nancy Pelosi, Barney Frank, Alexandria Cortez, Rashida Talib, Ilhan Omar, and those like them, does not deserve to exist.

We are not living in any country that resembles the ideal of The United States as founded, and that’s because of the dilution of those who should have the right to vote.

There is a reason why the founders essentially only gave male land owners the right to vote, and that’s because they would care to protect their freedom.

Over half of the American population does not share that ideal today.

Giving an illegal the right to vote, a person who has no concept of the history of a nation, or the rights that people of the past died for, is an absolute high crime on the level of treason.

Over the last year we have seen unelected bureaucrats and health secretaries that couldn’t even tell you how to bandage your arm, decimate personal freedom for a sickness that never even matched the flu, and most likely never existed at all.

You were told your job wasn’t essential and forced into unemployment.

You were forced to wear an ineffective and dangerous diaper on your face, with zero evidence of efficacy under threat of fines and punishment.

All this was claimed as a law, when no law was passed.

The Constitution and state constitutions did not give any executive the power to do anything they did, PERIOD.

Executive orders do not apply to citizens and private property.

Anyone claiming they do has been misinformed, including judges that made the claim.

Those judges must be disbarred. All politicians supporting the measures must resign. If they do not, then they must be arrested, convicted, and incarcerated for a term no less than fifty years.

The real truth is that they deserve execution after committing high crimes against the sovereign rights guaranteed to all citizens.

The truth is that we are in fact living a dystopian nightmare.

If nothing is done, it will no longer be dystopian, but just a nightmare.

Dystopia still has a portion of life that is good, or at least appears good.

That part is rapidly disappearing.