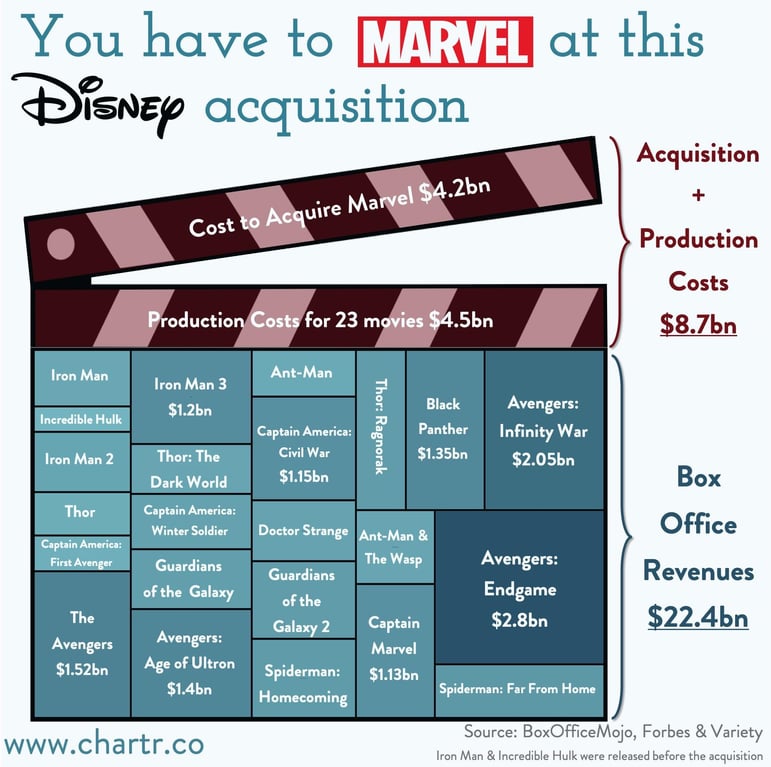 When Disney bought Marvel 10 years ago they acquired the rights to some of the most beloved superhero characters of all time. They also seemed to acquire a super power of their own: flawless execution at churning out blockbuster hits. Even after the modest successes of Iron Man and The Incredible Hulk, no-one could have foreseen just how successful the next 21 films would be.

The icing on the cake? Avengers: Endgame has just overtaken Avatar as the highest grossing film of all time (not adjusting for inflation).

All 21 of the films released since the Marvel acquisition have been profitable at the box office.