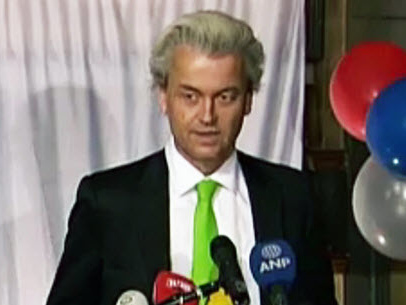 2016 was the year that the grassroots started the fight-back against the Globalists and Establishment Elite. From the political earthquake of Brexit, to the stunning victory of Donald Trump, the political elites were left shocked, disgusted, and more determined than ever. In their “Groupmind”, these events were not thought possible; it showed that their claws were not so deeply entrenched in the fabric of society and the public psyche. Their war chests are being counted, their forces in the media are being marshaled, and their Generals are looking at the next theaters of operation.
In small pockets of resistance around the world, there are people willing to put their names forward and risk the wroth of the establishment. The U.K has Nigel Farage, the U.S has Donald Trump. The next big players are out there, they are already being targeted by the Globalist Machine and they need our support. Whether you agree with their politics and policies or not, they are the people that the establishment are trying to bring down. The enemy of my enemy is my friend.

One of the main targets is Geert Wilders. Who is on track to win the Dutch elections later this year.
Wilders is a Dutch politician who has been the target of media hatred for his outspoken and controversial views on Islamification. Since 2004, he has lived with armed guards constantly and was rated as the most at risk politician in the Netherlands.

In 2008, court cases were made to try and charge him with hate Speech.
In 2010, he was formally charged with;

See also  75% of middle-class households say their income is falling behind the cost of living.

He was acquitted on all counts.
“The judges in the first trial were removed due to perceived bias against Wilders,[9] so a retrial began in February 2011. The Dutch Public Prosecution Service, after initially refusing to prosecute Wilders because it did not consider his statements illegal, was ordered by a court of appeal to prosecute him nonetheless. During the process, they argued that Wilders should be acquitted on all counts.”
In 2011, he was tried in court again for the same charges (retrial), and was again acquitted on all counts.
In 2016, he was again tried for almost the same thing. At a political rally, he asked the audience whether they would like fewer or more Moroccans in the Netherlands. The crowd chanted back “fewer”
“Some 6,400 complaints were filed with local police, mostly from Moroccans living in the country. The court sorted through them and found 35 that were valid to bring charges of discrimination against Wilders.”
Wilders stated that “The Netherlands is like Turkey. Displeasing political opinions are being silenced in court.”
This time he was found guilty but in a shock upset to the establishment, was given no punishment whatsoever.

Geert Wilders is an elected politician with almost a majority of support in his country. The Establishment are not only trying to deny him a voice, but also the people he represents. This will certainly not be the last time that they try to send him to prison, but if he can win the 2017 elections, he will be a useful ally in the war against the Globalists.

1 thought on “The Establishment and their Targets: Geert Wilders”