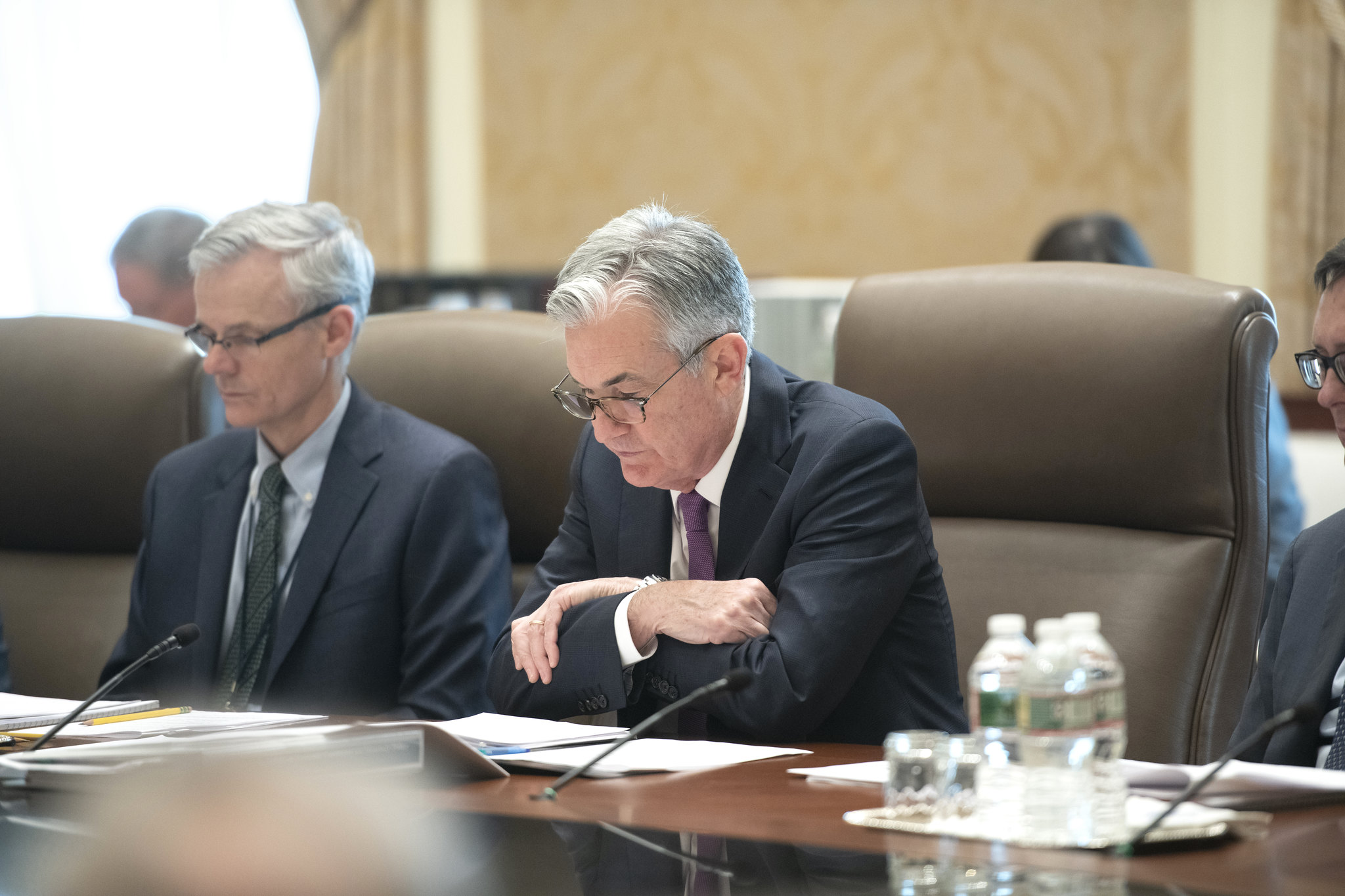 I don’t think I can overstate the danger that the U.S. economy is in right now as we enter 2022. While most people are caught up in the ongoing drama of Covid-19, a real threat looms over the nation in the form of a stagflationary tidal wave. The mainstream media is attempting to place the blame on “supply chain disruptions,” but this is a misrepresentation of the issue.

Before I get into my argument, I really want to stress that this is a truly dangerous time and I suggest that people prepare accordingly. In just the past few months I have seen personal expenses rise at least 20% overall, and I’m sure it’s the same or worse for most of you. Safe-haven investments with intrinsic value like physical precious metals are a good choice for protecting whatever buying power your dollars have left…

The Consumer Price Index (CPI) is officially at the highest levels in 40 years. CPI measurements often diminish the scale of the problem because they do not include things like food, energy and housing which are core expenses for the public. CPI calculations have also been “adjusted” over the past few decades by the government to express a more positive view on inflation. If we look at the inflation numbers at Shadowstats, calculated according to the same methods they used in the 1980’s, we see a dramatic increase in CPI which paints a more dire (but more accurate) picture.

U.S. food prices have spiked to levels not seen since 2008 at the onset of the credit and derivatives collapse that brought about tens of trillions of dollars in Federal Reserve bailouts.

If we look beyond the 2008 crisis, food prices do not see a similar jump until the 1980s. Rising food prices are often obscured by creative accounting and “shrinkflation” (shrinking packages and rising prices), but if we look at global food prices the average seems to be a 30% jump in the past year.

Rental and home prices have also gone into the stratosphere. Rental costs went up around 18% in 2021, and this is an extension of a trend that has been prevalent for the past decade. Prices have been rising for a while, it’s just that now the avalanche has accelerated.

Home prices are now out of the range of most new potential home buyers. Values jumped 16% in the past year alone, with the average property costing $408,000. Home sales continue to remain higher compared to two years ago despite inflating prices for one reason and one reason only – the mass migration of Americans away from the draconian mandates and bureaucracy of blue states into more conservative states.

I live in Montana, a primary destination for people relocating, and from my experience the majority of these people are conservatives seeking to escape the vaccine and lockdown mandates in places like California, New York and Illinois. They see the writing on the wall and they are trying to get ahead of the economic and social calamity that will surely befall such states.

I would also note that home sales have begun to flatten in the past six months but prices are not dropping, which is a trend that I think needs to be explored further because it illustrates the larger issue of stagflation.

Take a look at U.S. GDP and you will see that for the past several years it has tracked in tandem with price inflation. Obviously, if prices inflate then this means people are spending more, which then leads to higher U.S. GDP; it’s like magic, right? In other words, inflation makes it seem as though U.S. GDP is always improving.

However, this has not been the case in the past couple of years.

Official GDP has flattened despite the fact that U.S. money supply and inflation have rocketed higher. What does this mean? I believe it is a sign of stagflation and a reckoning in 2022. If we examine inflation adjusted GDP numbers from Shadowstats we see that GDP has declined rather aggressively in the past couple of years.

We can also see odd tendencies in oil and gasoline prices. While it’s true that gas prices have been higher in the past, this does not address the full context of the situation. U.S. travel spending has declined 12% since 2019 and airline travel has dropped at least 21% in the past year. Average gasoline usage dropped after 2019 and still has not recovered. Yet, gas prices continue to rise? In other words, travel demand is stagnant but prices are increasing – this is another signal of inflationary pressures and dollar devaluation. Oil is priced in dollars globally, and therefore any inflation in the dollar will be readily visible in oil. This would help explain why pandemic paranoia and reduced travel have not caused gas prices to drop recently.

If the current momentum continues the majority of necessities in the U.S. will not be affordable for most people by next year. We are looking at a fast-moving decline in production along with a swift explosion in prices. In other words, a stagflationary disaster.

This is the Federal Reserve’s fault

I and many other alternative economists have been warning about the inevitable inflation/stagflation crisis for years, but the most important factor to understand is who is responsible this event? Whose mandate is economic stability and minimal inflation?

The mainstream financial media is going to protect the government and the Federal Reserve at all costs during this breakdown. They are going to blame Covid, the lockdowns here and overseas as well as the supply chain bottleneck.

The Fed is the true culprit, though.

While there have been many American Presidents and other politicians that have supported the Fed in its inflationary activities, the central bank itself needs to be held accountable for the downturn that is about to occur. This is a process that started back at the founding of the Fed, but spread like cancer after the crash of 2008 and the introduction of 12+ years of stimulus and bailout measures along with near-zero interest rates.

The pandemic is the perfect cover for the inflationary end game. In 2008 the response to the crisis was to print and pump dollars into banks and corporations in the U.S. and around the globe. This money supply was held in corporate coffers and in central banks overseas, which slowed the effects of inflation. This set the precedent for subversive stimulus policies by giving the Fed a blank check to do whatever it wanted.

In 2020, the Fed created trillions more but this time the money was injected directly into the U.S. economy through Covid stimulus checks, PPP loans and other measures. In the alternative economic field we call this “helicopter money.” These dollars triggered a massive retail buying spree in 2020, but with more dollars in the economy chasing less goods prices are now spiking much higher.

See also  Will Global Markets Be Pushed Deeper Into Crisis By The Fed?

The big discussion today is whether or not the Fed will taper their asset purchases, reduce their balance sheet and raise interest rates to counter inflation?

The fact is it won’t matter; inflation/stagflation will continue or even accelerate as the Fed tapers. With a taper comes the threat of a flattening yield curve in Treasury bonds as well as the danger of bonds and dollars being dumped by foreign investors and central banks. If the trillions upon trillions of dollars being held overseas come flooding back into the U.S., inflation will continue at its current pace or erupt even higher. In fact, the world’s ownership of dollars reached a 26-year low recently. The global transition away from the dollar, toward inflation-resistant investments, has already begun.

I explained this Catch-22 threat in my recent article The Fed’s Catch-22 Taper Is a Weapon, Not a Policy Error. In that essay I outline the Fed’s documented history of creating economic disasters that conveniently end up benefiting their friends in the international banks.

I also explained (with evidence) how the Federal Reserve actually takes its marching orders from the Bank for International Settlements, a globalist institution which along with the International Monetary Fund and World Economic Forum is openly seeking a one-world economic system and one-world currency system.

I do not believe that the Fed’s actions are a product of ignorance or stupidity or basic greed. I do not believe the Fed is scrambling to keep the U.S. economy afloat. I believe according to the evidence that the Fed knows exactly what it is doing. The pandemic offers a perfect scapegoat for an engineered crash of the U.S. economy which the Fed is trying to facilitate.

Why? Because the more desperate people are financially, the easier they are to buy off with false promises and a loaf of bread. They are easier to control. On top of that, with the U.S. economy reduced to second- or third-world status, it is easier to sell the public on the predetermined solution – total global centralization and far less freedom.

As the stagflationary crash plays out, never forget who was really the cause of the public’s suffering. In the fog of national crisis it is easy for the establishment to shift blame and responsibility and to cloud the truth. The inflation catastrophe is about to get much worse, and as it does we need to rally newly awakened people to take action against the central bankers and globalists behind it.