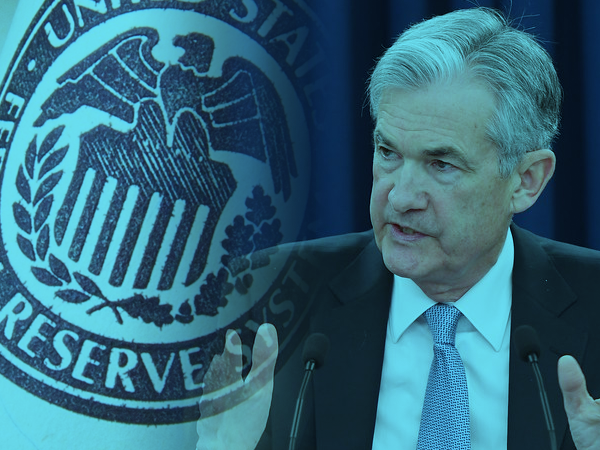 Since March 23, the Fed’s balance sheet has soared like no other time in history, shooting up to more than $6 trillion.

This is thanks to the “extensive new measures” that Chairman Jerome Powell decided to deploy, as a monetary moon shot intended to avoid severe economic disruptions.

You can see the sudden and unprecedented rise in the Federal Reserve’s balance sheet below:

But is this what the economy really needs? And is the Fed fueling a recovery or complete economic disaster? Let’s briefly examine these questions.

Did the Economy Need the Fed to “Pull Out All the Stops?”

Joe Foster of VanEck Funds recently wrote, “Investors know that the Fed can’t buy cruise ship tickets, fill baseball stadiums, or go to a restaurant, which is what the economy really needs.”

That is a good starting point for answering the question posed above.

No matter what the Federal Reserve does, the economy also needs stuff to be happening. All the liquidity in the world won’t help much if that economy is only operating at half-power.

That point was driven home by Foster, as he put a spotlight on the end of March:

In spite of all the extra liquidity injected into seizing credit markets after the Dow lost a third of its value between March 4 and March 23, it tanked again.

The Dow has recovered a little bit since the most recent disaster. So that leaves the second question…

Where Could the U.S. Economy Be Headed?

With the Fed printing so much cash, soaring inflation is certainly a possibility. If that’s the case, gold tends to do well. And on top of that, gold has proven its reputation as a hedge against stocks throughout these past few months: 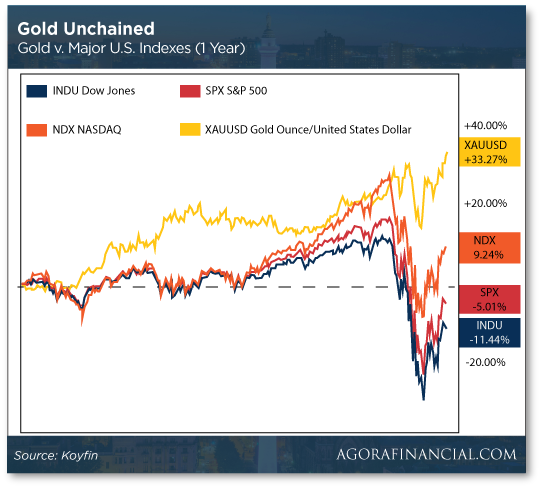 While stocks absolutely plunged in response to the shutdowns around the nation, gold (yellow line) took a short step back and has since marched on to recent highs.

BEST CASE: “A short, sharp recession followed by a slow recovery that takes the economy back to normal in late 2021.” In the interim, Mr. Foster expects bankruptcies for households, small businesses on up the chain to large corporations.

WORST CASE: “The economy remains shut for longer than expected. A hard recession lingers through 2020.”

The “best case” could lead to conservative buying habits and push gold’s price up.

The “worst case” could put “blood in the water” for the U.S., and worsen geopolitical tensions with China and other countries. In that scenario, gold would likely perform even better as a hedge against uncertainty.

Make Sure Your Own “Scenario” is the Best it Can Be

Risk, allocation, and diversification are words you may have read (or heard) a thousand times by now. Before things get much worse, now is the time to explore how these apply to your own savings.

Also consider physical assets like gold and silver, which have been doing quite well lately. They can provide peace of mind by helping to reduce risk while acting as a store of real value.