Was there an inevitability that the Fed would mutate over time and become a tool irrevocably committed to unsustainable weak-money policies designed to benefit the extremely few and the expense of the very many?

Yes. There is a reason all forms of fiat currency every produced have always failed. Once they are untethered from a mechanism of forced restraint (e.g. gold), they are reliant upon the whims and wills of men. It is a similar situation to Wall St. regulation itself. Without hard and fast limits established by entities that are incorruptible, corruption is a simple a dam. They all leak over time. Some quickly, some slowly. But they always, given enough time, fail.

And now its tentacles stretch deep into the lives of every single American, steadily destroying dollar-denominated wealth day in, day out.

Because the full course of this ruinous process can take a long time, lifetimes even, humans tend to forget it is happening at all. As surely as it occurs, it sometimes does so slowly. Much as dam collapse occurs all at once, but was wrought from so many years of steady deterioration, so fail fiat currencies. 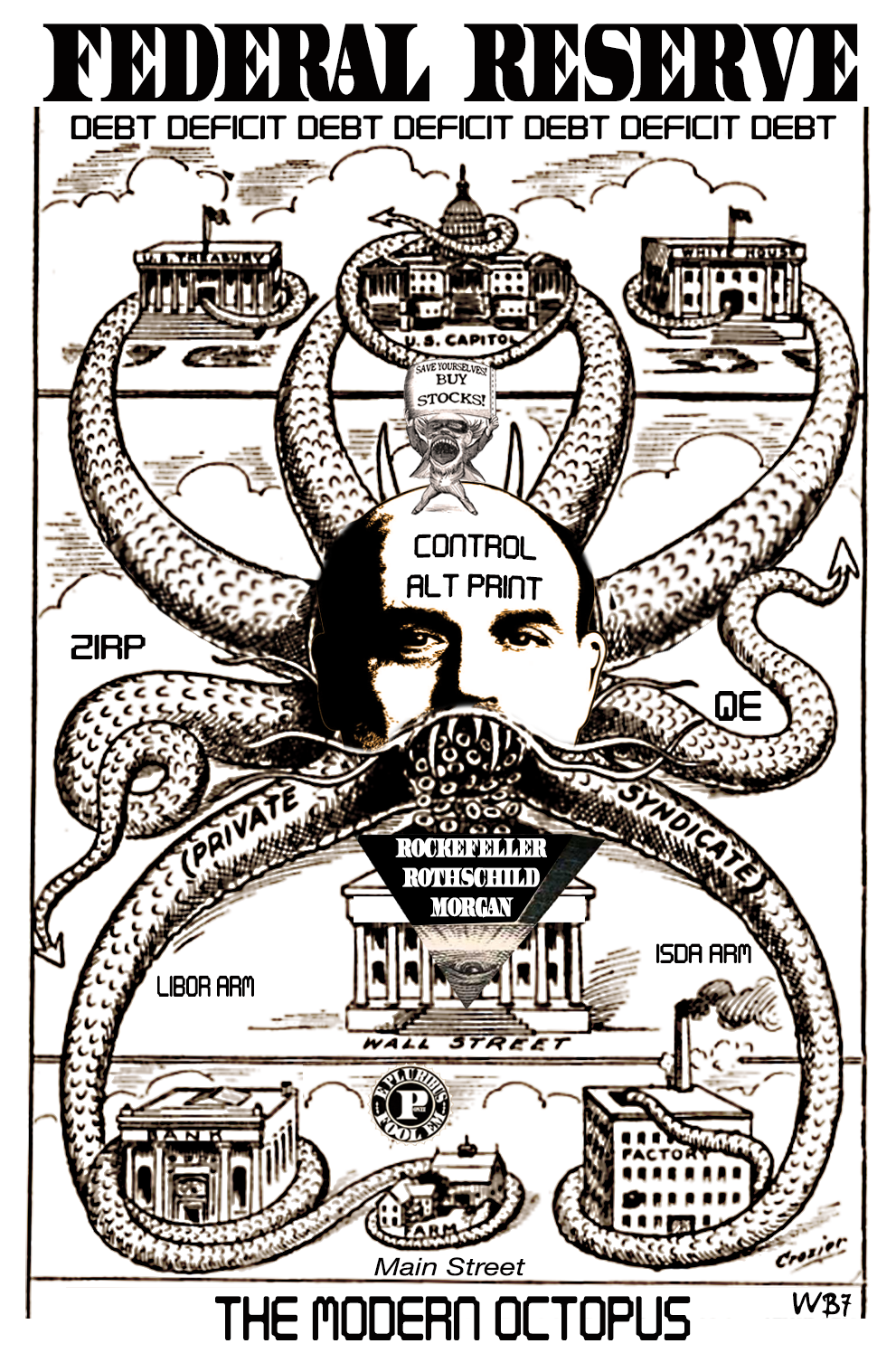 Long ago, in a universe of sane fiscal policy far away, there existed an institution, then new to the world of international banking and finance, called the Federal Reserve Bank, whose primary concern of the day—the day being its founding on December 13, 1913—was to have very large reserves of cash backed by even larger reserves of gold that were enough “to earn the public trust.”

See also  Canada got a relatively mild GFC in 2008… Will this time be worse?

It was an unusual kind of organization, where crude, simplistic policy directives such as “safety and sound judgement”, “lawful money” and “normal monetary order” possessed none of the sophisticated reasoning of “zero-interest rate policy”, “helicopter Ben” and “quantitative easing’ characterizing that Bank’s latter day ne’er-do-well progeny.

Few American bankers at the time really even wanted a “Fed”, fearing that the public–and the bankers themselves–would not understand what its mission was not: that is, to not be an endless source of easy credit and bail-outs. Indeed, it was altogether another world.

“It was, at least in theory, simple enough in the old days,” wrote a wistful W. Randolph Burgess, head of the New York Federal Reserve, in 1938. “In the present strange new world, where the old gold portents have lost their former meaning, where is the radio beam which the central banker may follow?

As noted in this article , “the men of his era and of the late nineteenth century understood the meaning of such a question and, more importantly, why it is one that must be asked.” But theirs was a different world, when some antiquated notion such as “the public trust” guided policy and to be a conservative was the most future-oriented outlook one could adopt.

ORIGINAL SOURCE: Central Banks Haven’t Always Been Quite as Bad as They Are Now by Marcia Christoff-Kurapovna at Mises Institute on 5/30/18