@nvdems have hired a Buttigieg Iowa organizer as their "Voter Protection Director" pic.twitter.com/1yTWmPOGI7

It's getting comical at this point… t.co/JcDTgZf6C2

Now, legitimately, the Berners will say,
“Hold on… there are more candidates now! That’s not fair!
Stop pickin’ on poor, ol’ Bernie!”

Here’s where the “BUT WAIT, THERE’S MORE” part of that
comes into play.

Bernie Sanders supporters have been claiming that the
socialist label will not matter so much because he will
draw in a MASSIVE NUMBER of NEW voters to replace the
independents and centrists he will inevitably lose.

So what happened? Bad news for Bernie (and the DNC): 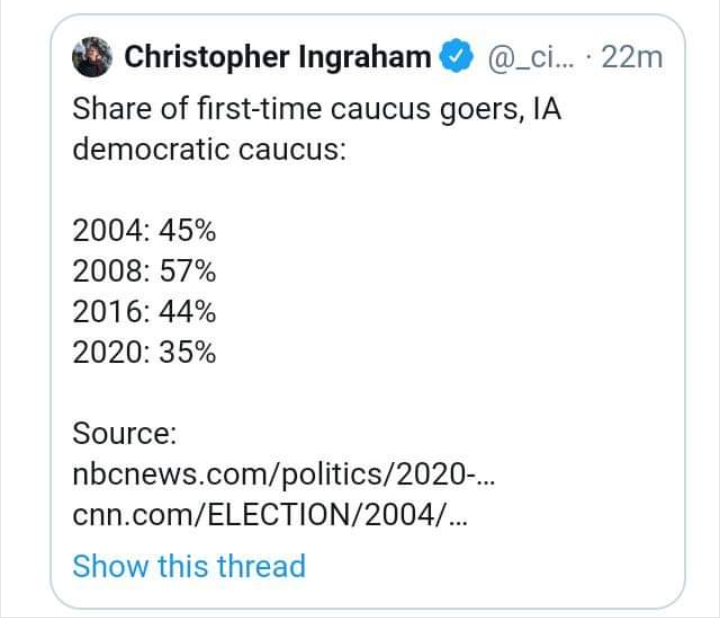 Both TURNOUT and FIRST-TIME VOTERS CRATERED.

And on the other side of this:

The link above includes 45 contributions from Pete's campaign to Nevada lawmakers, in addition to grants to local Nevada nonprofits favored by lawmakers. Reflects serious effort by Pete to court local Dem establishment.