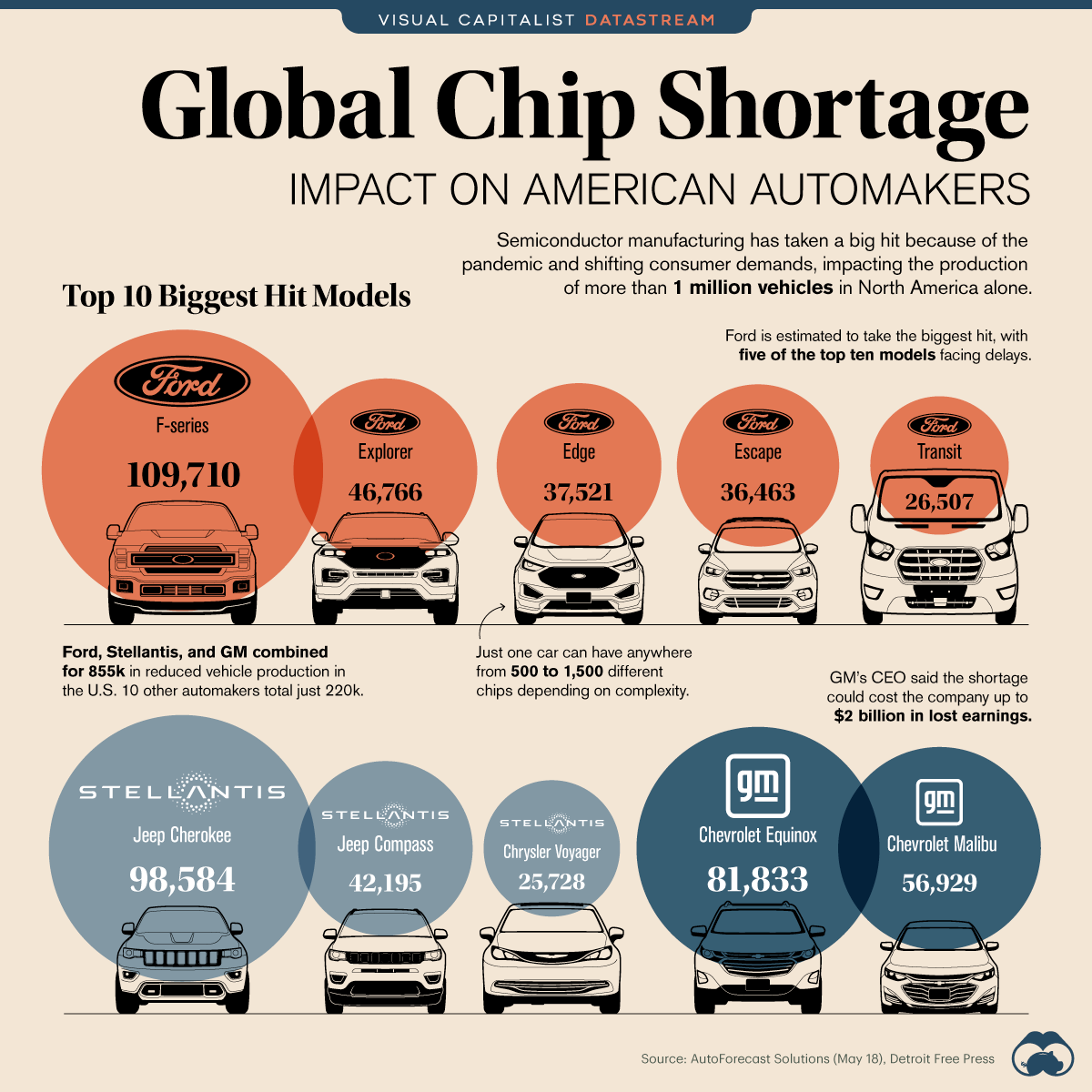 Chips, or semiconductor devices, are behind all of the world’s increasingly complex electrical and digital devices.

That includes well-known items like computers and smartphones, but also other products that are becoming “smarter” including appliances, watches, and especially cars.

The automotive industry accounts for a large share of global chip consumption, with modern cars having smart and complex entertainment systems, navigation, and sensors. A modern car can have anywhere from 500-1,500 different chips powering its different functions.

But when the COVID-19 pandemic hit in 2020, shifting consumer demands and a slowing economy called for a reduction in semiconductor manufacturing. And unfortunately, it can take the supply chain a long time to come back online, as much as 1.5 years.

As the global economy has started to bounce back and demand for digital devices has increased, the chip manufacturing supply chain has become strained on its still-low supply.

And unfortunately for automakers, cars are taking the brunt of the hit.

Though most of the world’s major automakers have factory production in North America, American-based manufacturers are estimated to take the hardest hit.

Of the more than 1.1 million vehicles estimated to face production delays, Ford, Stellantis, and GM combine for 855,000. Ford specifically has five of the top 10 models facing delays, including the largest hit: the F-series at 109,710 delayed units.

Other automakers with less production based in North America are facing far softer impacts. Japanese automakers Honda, Nissan, and Toyota are estimated to take a collective hit of 108,549 delayed models, while companies like Hyundai and Volvo have less than 3,000 vehicles impacted.

The biggest reason for the discrepancy? Where each automaker sources and installs its chips. For American manufacturers in particular, the over-dependence on chips coming through China, Korea, and Taiwan has caused the current U.S. government to look for solutions, with the Senate recently approving $52 billion in subsidies for local chip manufacturing.

When the chip shortage will end is currently anybody’s guess, as manufacturers and countries are scrambling to increase capacity. Whether the financial influx from the U.S. will be enough, and how long it will take to affect a very-slow manufacturing process, remains up in the air.