Nations that fail to adapt to the end of financialization and globalization will unravel.

We all sense the global order has cracked. The existing order is breaking down on multiple fronts. Those who have benefited from this arrangement are doing everything in their power to patch the cracks, while those who chafed under the old order’s chains seek a new order that suits their interests.

The task now is to make sense of this complex inflection point in history.

Two statements summarize the transition from the existing global order to the next iteration:

1. Finance dominated resources in the old order. Now the roles will reverse and real-world resources will dominate finance. We can’t “print our way” out of scarcities.

2. Reshuffling currencies and credit will not stop the breakdown of the global order’s “waste is growth” Landfill Economy Model.

Stop expanding “money” and credit and the global order of “growth” implodes.

Unfortunately for all those who benefited from soaring wealth and income inequality, the trick of expanding “money” and credit has reached systemic limits. The dam holding all the toxic debt, leverage and fraud is finally cracking.

Gordon Long and I discuss this in The Dam Has Cracked (37 minutes). Our thesis is that the dominance of resources over finance leads to a multipolar global order, an order that has the potential to be far more stable and sustainable than the unsustainable, destabilizing “waste is growth” model that depends on financial fraud to maintain the illusion of “growth.”

As I explain in my book Global Crisis, National Renewal, scarcity leads to either social disorder or rationing. This article explains how government’s role will shift from boosting demand (the Keynesian Cargo Cult) to limiting demand in ways that maintain the social contract.

From demand stimulus to demand destruction (The Age of Loss)

Nations that fail to adapt to the end of financialization and globalization will unravel. Every nation has a choice which path it takes: cling on to the doomed existing order of financialization, globalization and the “waste is growth” Landfill Economy or embrace a multipolar world and a degrowth model of doing more with less and incentivizing efficiency and durability rather than the shoddy planned obsolescence of the debt-dependent Landfill Economy.

There is much more in our slide presentation. 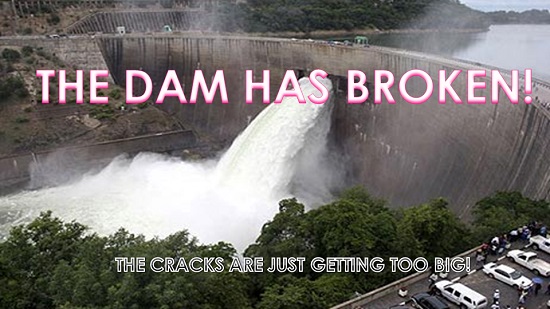