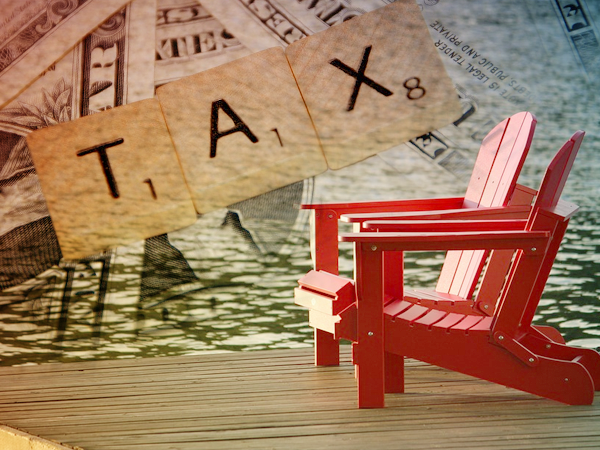 Retirees have enough potential problems to deal with when it comes to providing security for their retirement, including the disturbing fact that 42% of Americans may retire broke.

You can see in the GoBankingRates chart below that 61.6% of retirees have less than $100,000 saved for retirement, which is far from the amount some experts claim is needed on average: 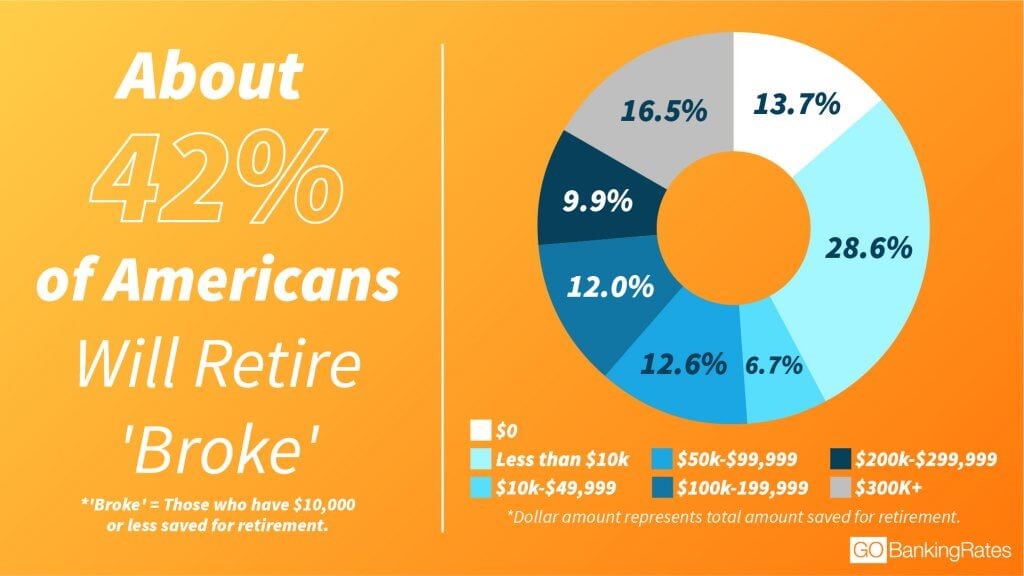 But regardless of whether you have $10,000 or $1 million saved for retirement, there is another obstacle that all retirees will face.

Taxes. A recent piece at Forbes explained why considering tax rates is important to your retirement:

… we tend to believe is that our tax brackets will go down in retirement, but that is simply not factual.

It also explained why the 2017 Tax Cuts and Jobs Act may impact your future as a retiree (emphasis ours):

… our current tax brackets are the lowest they have been in years, and a significant increase in taxes could greatly impact our future retirement income.

The piece also discussed possible future implications of tax legislation, which could hit retirees the hardest (emphasis ours):

Tax rates were as high as 94% during World War II, and with our current deficit over a record-breaking $19 trillion, the President has discussed, you guessed it: taxing our qualified accounts today to help reduce the deficit!

Your qualified retirement plan may not be the only source of revenue Uncle Sam may examine to pay down the deficit. Your social security, pension, inheritance, and other forms of income may also be taxed in desperate circumstances.

But that’s only one part of the tax story. The U.S. trade war with China may add another kind of tax that could hurt retirees.

According to the New York Times, the official tariff list includes “194 pages of products you can find on store shelves across the country.”

The large list of consumer items include food, clothing, and textiles, among others. David French was quoted in the Times, saying:

If the administration follows through on this threat, American consumers will face higher prices and U.S. jobs will be lost.

Trade barriers such as tariffs raise prices and reduce available quantities of goods and services for U.S. businesses and consumers, which results in lower income, reduced employment, and lower economic output.

In other words, tariffs act as a “hidden” tax in the form of higher prices. And that’s bad news if you’re already living on a fixed income (or will be soon).

Once you retire, you’ll still have to buy food and clothing, so it will be virtually impossible to avoid the hidden tax caused by tariffs. This could take a significant bite out of your spending power.

Make Your Retirement as Resilient as Possible to Hidden Taxes

With trade war tariffs on consumer items becoming a reality, it’s more important than ever to guard your savings before things spiral out of control.

Fortunately, you don’t have to let the new tariffs take a huge bite of your retirement savings. You can protect your financial future by diversifying into tangible assets such as physical gold and silver that are known for preserving purchasing power and act as a hedge during times of uncertainty.

Take steps now to reduce the potential impact these tariffs will have on your savings so you don’t have to suffer the consequences later.