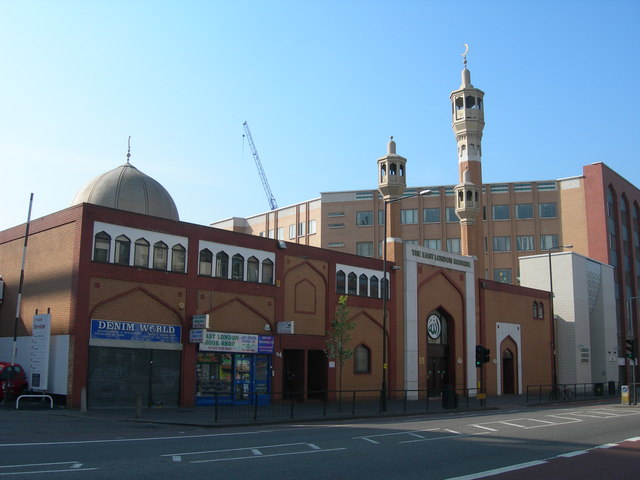 The MSM are engaged in a full on operation to defend mas immigration in light of Wednesday’s London terror attack. Articles about Nigel Farage, Marine Le Pen and others, condemning their stances on mass immigration have been rife. But if we consider the types of communities that are being reshaped and segregated by this process, we can see that for “home-grown” terrorists, this is what divides them from the society they were born into.
A quick look at demographic charts for the UK, shows that the Muslim population is growing rapidly (the 80 page report link is actually prepared by the Muslim Council of Britain, not my favourite group, but some of their insights are perceptive and it is worth a quick scan through). part of this is due to higher birth rates, but a large part also comes from immigration, and it is not evenly spread around the UK, it is confined mostly to small areas where Muslims are becoming the majority.
“The majority of Muslims (76%) live in the inner city conurbations of Greater London, West Midlands, the North West and Yorkshire and Humberside. Muslims form 12.4% of London’s population.”
If practices such as FGM (20,000 per year in the UK and still no prosecutions), forced marriage etc… enter a reasonably stable community at too fast a rate, they become more prevalent, they become in some cases accepted (especially those practices that are felt to be part of a more traditional culture that was practiced by parents and grandparents in the past), and ultimately, they create a cognitive dissonance for the susceptible people who may be more easy to radicalize.
When this is combined with the spreading Wahabism (an extreme and dangerous interpretation of Islam that many experts believe to be the roots o global Islamic terrorism), and the multitude of Mosques being funded out of Saudi Arabia (the home of Wahabism), then troubled and susceptible people are cast along a path that at the very least leads to discontent with the wider British society, and at worst to the events we saw in London on Wednesday.

And when it is government policy (enforced by law) to assure the population that “all cultures are equal”, how do misguided souls distinguish what is better or worse? The Wahabist mosques take this even further, and tell the people that their sins are caused by the decadence of the society in which they live. This further segregates communities, and to some, they are offered a path back to Allah: Jihad.
If a nation accepts that all other cultures are equal to its own, and then allows mass immigration from people and sects that seek to destroy said nation’s value systems, then it is a losing fight. Britain needs to be proud of its values and culture; it needs to integrate those that are held in a state of dissonance by a dangerous and violent sect. None of this can happen while mass, unchecked immigration takes place.