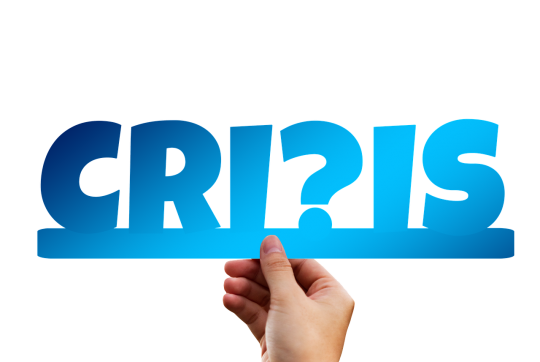 It looks like the turmoil for the financial markets is going to continue to get worse, and the mainstream media is really starting to freak out.  Just a few months ago, they were continuously using the word “booming” to describe the state of the U.S. economy and they were assuring us that the stock market was going to continue to go up.  But after a couple of really bad months, there has been a dramatic psychological shift.  Instead of telling us that everything is going to be great, now the mainstream media is starting to sound just like The Economic Collapse Blog.  For example, Bloomberg just posted an article with this rather startling headline: “It’s the worst time in decades to make money in the markets”…

Market statisticians are falling over each other in 2018 to describe the pain being felt across asset classes. One venerable shop frames it this way: Things haven’t been this bad since Richard Nixon’s presidency.

Ned Davis Research puts markets into eight big asset classes — everything from bonds to U.S. and international stocks to commodities. And not a single one of them is on track to post a return this year of more than 5 percent, a phenomenon last observed in 1972, according to Ed Clissold, a strategist at the firm.

Usually there are at least a few asset classes that are making money, but in 2018 nothing is working.

And it appears that Wednesday is going to be another really tough day on Wall Street.  As I write this article, Dow futures are down more than 300 points, and that almost certainly means that the Dow will be pushed well below the 25,000 threshold.

As I have discussed before, 25,000 is a key psychological resistance barrier for the Dow.  If stock prices break through that barrier and don’t immediately bounce back, the rush for the exits could become a stampede.

The biggest piece of news that is rattling investors at the moment is the fact that Huawei CFO Wanzhou Meng was just arrested in Canada, and it looks like she will be extradited to the United States.  She is also the daughter of the founder of the company, and that makes her a very powerful woman in China.

Needless to say, the Chinese are very upset about this, and they are promising to “take all measures” to protect her “legitimate rights”.  The following comes from their official statement…

At the request of the US side, the Canadian side arrested a Chinese citizen not violating any American or Canadian law. The Chinese side firmly opposes and strongly protests over such kind of actions which seriously harmed the human rights of the victim. The Chinese side has lodged stern representations with the US and Canadian side, and urged them to immediately correct the wrongdoing and restore the personal freedom of Ms. Meng Wanzhou. We will closely follow the development of the issue and take all measures to resolutely protect the legitimate rights and interests of Chinese citizens.

Unless Meng is released, and that seems very doubtful at this point, you can absolutely forget about any sort of a “truce” between the United States and China.

READ  It’s Important To Be Honest About What Today’s Media Actually Are.

Sadly, most Americans don’t really understand what is happening.  Most Americans are still entirely convinced that the U.S. and China are “friends”, but that was never really accurate.  At best, we were “frenemies”, but now relations have taken an extremely sour turn.

In the months ahead, relations between the United States and China will almost certainly continue to deteriorate, and the two largest economies on the entire planet will increasingly decouple from one another.  This will be a decidedly negative development for the entire global economy, but there is no going back at this point.

And we continue to get more confirmation that the global economic slowdown is starting to accelerate.  For example, Reuters just announced that it will be eliminating 3,200 jobs…

Thomson Reuters Corp said on Tuesday that it will cut its workforce by 12 percent in the next two years, axing 3,200 jobs, as part of a plan to streamline the business and reduce costs.

The news and information provider, which completed the sale of a 55-per cent stake in its Financial & Risk (F&R) unit to private equity firm Blackstone Group LP, announced the cuts during an investor day in Toronto, in which it outlined its future strategy and growth plans.

We have also gotten more evidence that consumer credit is really starting to tighten up.  The following numbers come from Business Insider…

Rejection rates for credit-card applicants came in at 20.8% in the October survey, up from 14.4% a year ago, while the rejection rate for credit-limit increases ticked up to 31.7%, compared with 24.9% a year ago.

Meanwhile, the proportion of respondents who had an account shut down by a lender reached its highest level since the Fed launched the “Credit Access Survey” in 2013. In October, 7.2% of surveyed consumers reported having an account involuntarily shut down in the previous 12 months, up from 5.7% last year and 4.2% in 2016.

The reason why rejection rates and account shutdowns are soaring is because credit card debt delinquency rates have been rising.

More Americans are getting behind on their credit card payments, and this is spooking a lot of financial institutions.  But if consumer credit really tightens up, that is going to cause economic activity to slow even further, and that will just make a very deep recession even more inevitable.

Sadly, debt bubbles do not last forever.  The big credit card companies can see what is happening, and they are trying to protect themselves.

On a national level, “the Everything Bubble” is now beginning to burst, and for many investors the goal has shifted from “maximizing returns” to “wealth preservation”.

Unfortunately just about every single asset class is doing poorly right now, and as Zero Hedge has noted, that means that “there’s nowhere to run”…

The inability of any single asset class to escape the dismal black hole supergravity of devastating losses in a brutal post-BTFD catharsis that has mutated into an equal-opportunity rout, crushing returns across all assets, has left investors reeling, shellshocked and paralyzed, and dreading what may come tomorrow let alone next year when both the US economy and corporate earnings are expected to see their supercharged recent growth rates come crashing back down to earth.

Such a uniform underperformance by all assets is unique in history, because when “something falls, something else gains. Amid the financial catastrophe of 2008, Treasuries rallied. In 1974, commodities were a bright spot. In 2002, it was REITs.” Yet, in 2018, there’s nowhere to run.

The bull market survived for much longer than many were anticipating, but now the party is over.