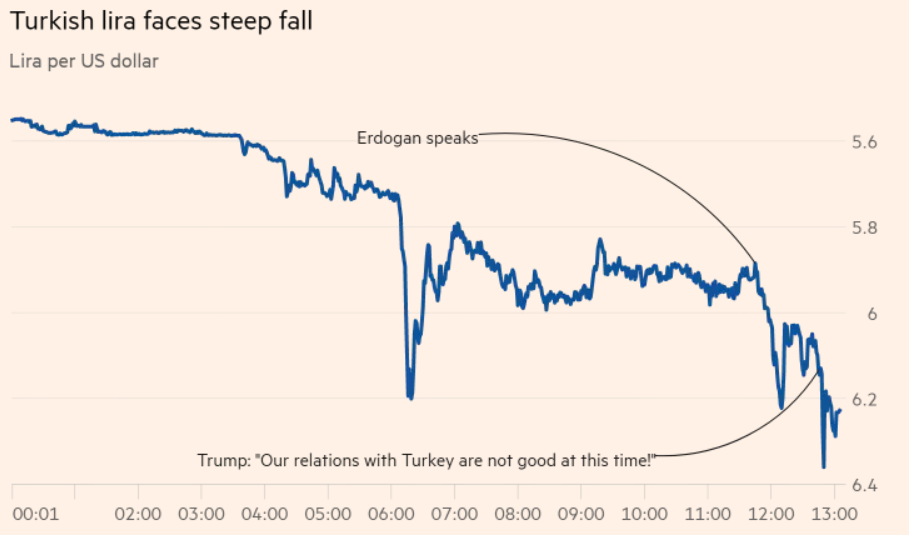 Graph of this issue: i.redd.it/obq74nqes9f11.png

Currently Erdoğan wants to create a war of economy. He wants to create threats that he can use as scapegoats. A diplomatic crisis here and there would increase support for him.

The rhetoric he is going for can be summarized as “Westerners are trying to sabotage our economy, but we are a strong nation and we don’t need to pamper ourselves with comforts. Our armies used to march on empty stomachs and conquer battlefields. We will endure and come out stronger to foil the Westerner espionage.” or some such. Nowadays we already have similar propaganda like this. Nationalism and religion will be heavily used to create this atmosphere. People here eat up that kind of valiant underdog speeches.

If he can spin this as “external threats trying to divide and conquer Turkey by targeting the economy” rather than “inefficient, weak, incompetent, corrupt and delusional administration resulting in a natural economic decline” people will still vote for Erdoğan as they starve to death.

See also  Tavi Costa: Credit markets speaking loud and clear about the state of the economy

Thus it is more likely that Erdoğan’s speeches can create a loss of trust in Turkish economy because he will use divisive, nationalistic, economically unsound, and strange arguments. The recent “if they have dollar, we have Allah” speech is an example of this. The recent news about the Andrew Brunson who is a pastor imprisoned for espionage is also fueling a diplomatic crisis with USA.

Do you think investing in turkish currency, or their government bonds, will be attractive or not in the future?