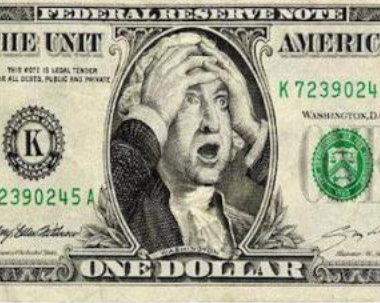 Pelosi and Schumer declared victory on Friday following President Trump’s fake veto, i.e. after The Donald signed a monster spending bill which blows the budget into oblivion. However, Trump promised  this will never happen again after signing the 1.3 trillion dollars omnibus spending bill that was passed by the Republican dominated Congress. The omnibus bill does not address the border wall nor immigration issues. Trump complained that the Congress “created a series of documents that nobody was able to read”, hinting at the 2000+ pages of documents passed by the legislature, with lawmakers having less than 36 hours to read it. Needless to say, Democrats were celebrating on Friday at the news that Trump will sign the omnibus bill, as the POTUS initially announced he may veto the spending bill, yet he changed his mind and signed it after all, despite “being unhappy about it”, to quote the President’s own words.

What happened on Friday is just another proof that the US is ruled by an oligarchy represented by the “Uniparty”, Democrats and Republicans In Name Only (RINO) working together to advance their agenda, while betraying the American taxpayer. The Republicans who are now in full control over all branches of government (both houses of Congress plus the White House) have sold out their voters once again, passing a hugely bloated omnibus budget most of them have not even read. The bill was voted by 145 Republicans and 111 Democrats and it will fund the “Feral Gummint” through the current year. The problem with this piece of legislation is that it dramatically adds to US debt while violating almost every promise made by the so called conservative Republicans.

RINO Ryan and Mitch McConell sold the omnibus bill as a victory for the GOP, as it increases the defense budget by 80 billion dollars and funds various infrastructure projects; however, one may argue that the Democrats are the real winners in all this extravaganza, as the spending bill fully funds Planned Parenthood, continues the funding for sanctuary cities, limits the number of ICE agents that can be hired, restricts guns, doubles the numbers of H-2B visa workers (to 120,000) and completely ignores Trump’s core campaign promise, as it makes no mention about a big, beautiful border wall or its  funding thereof.

It looks like Republicans really want to lose the midterm elections by basically turning all DEM, as the Left always supports more spending. Here’s a serious question: what are our options for recourse? Voting doesn’t work anymore. The government isn’t scared of the people and this is the result. This is a disgrace. If you ask me, the Never Trumpers in Congress (both parties) set this up with the leadership of Ryan, McConnell, Schumer and Pelosi so that once the omnibus bill passed, Trump supporters would abandon him. Trump’s motive for signing this bill was the increase in Defense Department spending:

“For the last eight years, deep defense cuts have undermined our national security. My highest duty is to keep America safe. Nothing more important. Therefore, as a matter of national security, I have signed this omnibus budget bill. There are a lot of things that I’m unhappy about in this bill. There are a lot of things that we shouldn’t have had in this bill, but we were, in a sense forced — if we want to build our military — we were forced to have. But I say to Congress, I will never sign another bill like this again. I’m not going to do it again. Nobody read it. It’s only hours old.”

If you’ve determined you’ll never sign another bill like this, why in the world did you sign this one? It’s like burning the house down, but never the less, I will not do it again. Wtf Donald?

I am considering a VETO of the Omnibus Spending Bill based on the fact that the 800,000 plus DACA recipients have been totally abandoned by the Democrats (not even mentioned in Bill) and the BORDER WALL, which is desperately needed for our National Defense, is not fully funded.