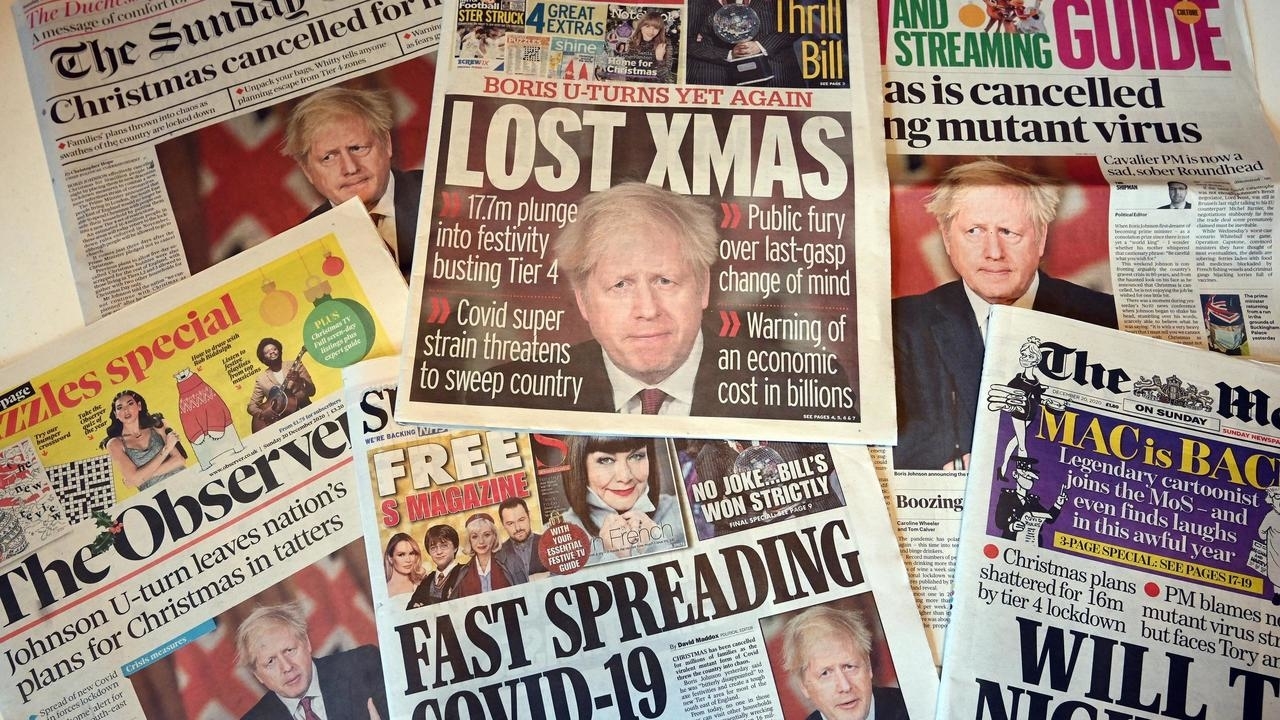 Let me begin by wish you all Merry Christmas.

While we are sitting here wearing face diapers and being told we’ll kill grandma if we come within 100 feet of her house, the Chinese are going to malls and movie theaters without masks. Laughing at how stupid the rest of the world is.

But that’s not actually the point. Today I will tell you something about the new and highly contagious Covid-19 strain. According to various media outlets, a virulent new strain of the plague has been discovered in the UK last week, and since then, almost all EU countries have banned flights from the UK.

Moreover, several new countries claim to have discovered cases of the new Covid-19 strain. Weirdly enough, CDC’s best, i.e. both  Anthony Fauci and Robert Redfield are saying that America is doing fine and we shouldn’t worry about it.

Coming from Fauci, this is kind of amazing. I mean, Fauci saying that we shouldn’t overreact when it comes to a “highly contagious” new coronavirus is incredible. Remember, Fauci is the same dude who demanded for the past 10 months that America should be shut down completely to mitigate the Rona, and whoever dared to question his fatwa was deemed to be a nut and a grannie murderer by the legacy media.

It gets better though. Remember how back in January, the same Fauci advised Trump to not ban flights from China?

Currently, political leaders like Boris Johnson in the UK and NY Governor Cuomo are asking for something to be done about the new virus strain, which is claimed to be 70 percent more transmissible than vanilla-Rona, though there’s zero evidence of that. That new Rona strain is blowin’ up boi, claims the left all of a sudden.

Starting tomorrow @British_Airways will require passengers on UK flights to NY to show a negative COVID test before departure.

We are in conversations with Delta and Virgin Atlantic to do the same.

We can't let history repeat itself with this new virus variant.

That’s the same left that accused Trump of racism for shutting down flights from China back in January, to prevent the plague from reaching our country, okay?

Cuomo actually said on Twitter that “we can’t let history repeat itself.”

The game plan is obvious, at least for me, as I believe since March that the whole Covid-19 thing is a total hoax, and legacy media and politicians are just following a script; that’s why I find it fairly easy to make predictions based on my theory.

And the prediction is this: the new virus strain nonsense is another hoax aimed at giving Joe Biden the perfect pretext to enact economy/life destroying measures as he takes office in January 20th, while blaming Trump for it.

Everything about the new strain is basically a sequel to the first Covid crisis and follows the exact plot points: Fauci gets on TV and says there’s nothing to worry about, telling us we shouldn’t ban flights from the UK; then they’ll claim that the new strain is a serious problem, they’ll fake another massive death toll, then they’ll blame Trump for not banning flights earlier and so on and so forth.

People are already adapted to this and they’ll fall in line like lemmings, as collapsing the economy and trampling on Constitutional rights has already became normal. All they have to do is show you fake graphs and statistics on TV all day long, it’s already routine stuff.

On top of that, they’ll tell you that the new vaccines are not effective against the new strain, only partially effective, whatever that nonsense means, so we’ll need a new vaccine, but only after they’ve  injected significant numbers of people with Pfizer/Moderna mRNA vaccines.

Obviously, the new shut down will affect the entire West, not just America. The hammer will fall as soon as the usurper Biden will get into office, and yes, this is going to be the mother of all lockdowns.

Keep the faith, keep strong, and always do what you know is right.