RUSH: The whistleblower is a Pajama Boy John Brennan supporter. The guy was a plant in the White House by the CIA to do exactly what he did. 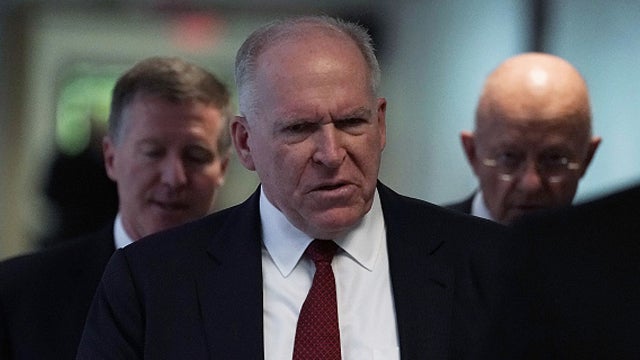 So we can expose the whistleblower and everything about him, which we’ll do during the unfolding of the today’s program.

“Federal documents reveal that the 33-year-old Ciaramella, a registered Democrat held over from the Obama White House…” Why the hell was he still there? What do you mean, “held over”? This guy… I’ve probably seen this guy there. I’ve been to the Oval Office two or three times since Trump’s been president. I’ve been in the West Wing. I’ve probably seen this guy slithering around. It never even registered. Next time I go, I’m gonna keep a sharp eye for people I think might be John Brennan holdover plants, ’cause they’re obviously slithering all over the place.

Slinking, slithering, whatever you want to say. But that’s not even half the story. The so-called whistleblower, is 33 years old, “a registered Democrat [Can anybody say "partisan”?] held over from the Obama White House, previously worked with former Vice President Joe Biden and former CIA Director John Brennan…” He is “a vocal critic of Trump” who did you know what else? This guy “helped initiate the Russia ‘collusion’ investigation” which was a nothing burger!

This guy was involved from the get-go, starting in 2016, doing John Brennan’s bidding from the West Wing on furthering the whole Trump-Russia collusion operation of which there wasn’t one! As per the esteemed Robert J. Mueller XIV or whatever Robert J. Mueller he is.  So this Pajama Boy — and they don’t want us to know who he is for these obvious reasons.  Now Schiff and his buddies are saying, “Well, we don’t need to know the young whistleblower’s identity. We don’t really need to hear from the whistleblower.”

But he’s not… When you hear “CIA agent,” “embedded CIA agent,” you think, “Spy, national security!” You think “grizzled veteran,” not somebody who doesn’t shave but twice a week.  He’d be totally unimpressive as an image witness.  He’s a left-wing government leech!  Ciaramella is.  He hates Trump.  He loves Obama.  He’s from the Ivy League.  They’re a dime a dozen in government.  The Ivy League is a factory for these kinds of guys.

“Fearing their anonymous witness could be exposed, Democrats this week blocked Republicans from asking more questions about him and intend to redact his name from all deposition transcripts.”  Too late.  Everybody knows who he is.  And then Vindman… Vindman is from the same pedigree.  They’re all part of the CIA or the John Brennan bunch.  John Brennan, Obama’s CIA director, is the puppet master for all of this — and these guys are feeling their oats now.  They came out, they sat down, and they had an appearance at the National Press Club last night that C-SPAN televised.