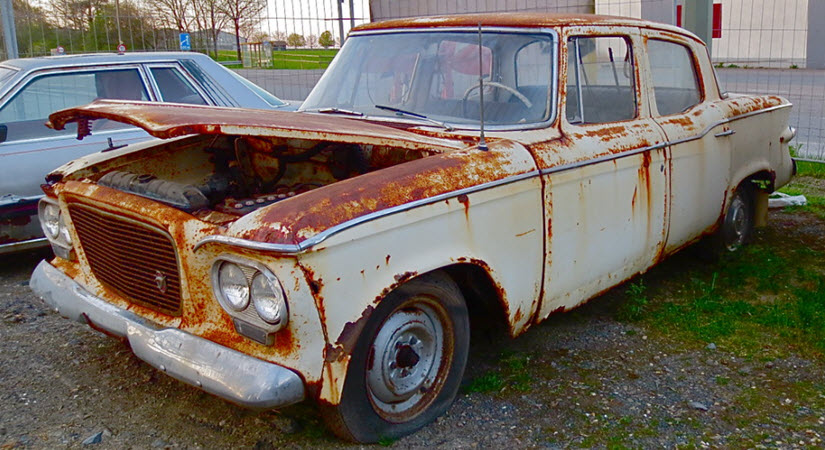 When saving for retirement, there’s nothing wrong with feeling concerned about your financial future during your golden years. Today we’ll explore the issues most people are concerned about, and whether they’re the right things to be concerned about.

Let’s start with a recent article in Barron’s that explored what clients weren’t telling their advisors about their concerns:

Whether already in retirement or saving for retirement, Americans are concerned about the same things.

But the Allianz study starts with a different perspective: “Do Americans understand all the risks that can derail a retirement strategy?”

Are those four concerns the only risks we need to understand?

The answer is a resounding “No” (recent stock market “mania” seems to illustrate that all too well).

And we’re not even really to blame. It turns out that our brains just aren’t wired by nature to make optimal investment decisions. There are several fields of study devoted specifically to this subject: behavioral economics, neuroeconomics and game theory, to name a few.

Today we’re focusing on just a few of these scientific discoveries. The first one explains why “stock market mania” is simply unavoidable for some people…

Have you ever had a friend who sold stocks that went up, but held on to stocks that sank in price?

Or knew someone who couldn’t walk away from the blackjack table because they’d “already lost too much?”

Maybe there’s a hobbyist mechanic in your life who spends all his time tinkering with a 1962 Studebaker Lark Daytona, even though it’s never made it out of the garage in the last twenty years?

These are examples of a behavior called “prospect theory” (also known as the sunk-cost fallacy). Prospect theory is just one of the behaviors that can lead to bad investment decisions. Here’s a brief explanation…

Sometimes, people even “double down” on risky bets when they’re already in the red. That’s the sunk cost fallacy at work: basically, you feel that the money you’ve already spent justifies spending even more, even on a lost cause.

If this is all too hypothetical to you, consider this type of behavior has actually played out this year…

Some people saw a high risk investing “fad” like Wall Street Bets as irresistible. (They might have even made some income, with a lot of luck.) Unfortunately, this CNBC analysis shows meme stock mania lasts about two weeks. Once prices start to fall, for most people, it’s too late to sell. They can’t do it.

Alternately, consider the brief career of the dogecoin millionaire, who refused to take profits on the way up. He’s still holding out, even after watching his savings lose 60% from their peak value. Is that rational? Is that a smart investment decision?

Seems these examples behaved exactly as prospect theory suggests. Not a good “saver behavior” for someone who was concerned about their retirement.

We briefly touched on these ideas in a previous article, when we reported Matt Levine’s idea of downside risk, where he warned: “don’t be so focused on making a return that you neglect to avoid losses.”

Interestingly, the Barron’s article we started with says that “avoiding losses” is what most people prefer:

The survey found that 68% of the 1,000 respondents wanted to secure protections in their retirement plan, preferring to invest in financial products that protected them from big losses at the cost of smaller gains. This preference was stable among all age groups surveyed, which includes pre-retirees, near-retirees, recent retirees, and retirement veterans.

In other words, as Mark Twain observed, “I am more concerned about the return of my money than the return on my money.”

If you agree with both the majority of the survey respondents and Mark Twain, consider reviewing your asset allocations. Make sure your savings are well-diversified, and consider adding more conservative, risk-averse investment vehicles like physical gold to your retirement savings.

Lower-risk, lower-volatility assets like physical gold can help add stability to your savings and potentially balance big losses from riskier investments. (As Steve Forbes said, “Gold is an insurance policy.”)  Gold also has a proven track record as a stable store of value for thousands of years.