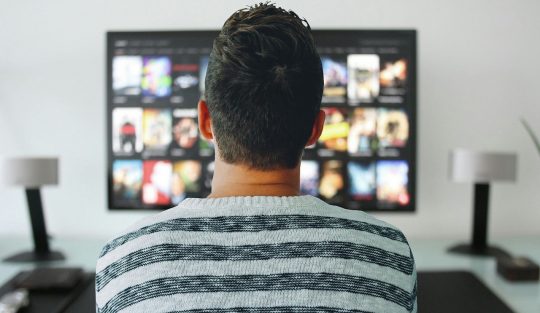 Netflix originally had a truly disruptive business model and they fundamentally changed the way that Americans consume media, but now they are heading for the same fate as Blockbuster.  For years, Netflix was really the only game in town, but now content costs are spiraling out of control and new competitors with even deeper pockets threaten to become the dominant players in the industry.  Of course Netflix is not going to die overnight, but the writing is on the wall.  In fact, Netflix stock has already been crashing over the last several months as investors have begun to realize that the future is not bright for the company.  Back in the middle of the summer, the stock price peaked at $423.21, and as I write this article it is currently at $269.70.  That is an astounding collapse, and here are 5 reasons why Netflix is headed for so much trouble…

At one time Netflix boasted the most impressive lineup of television shows and movies in the entire world by a wide margin, but those days are long gone.  The steady loss of content threatens to become an avalanche over the next two years as Disney, Fox and WarnerMedia all pull key content from the service…

Disney is launching its own Netflix-style subscription VOD service next year — dubbed Disney+ — so Netflix will be losing Disney-owned content starting next year. Disney is acquiring 20th Century Fox, so expect more of Fox’s content to leave Netflix, as well. AT&T’s WarnerMedia had pegged Q4 2019 for its own broad-focused SVOD entry, so it’s also going to be pulling back its own stuff from Netflix.

Disney already has the best content, and they have much deeper pockets than Netflix does.  As Stephen McBride has noted, it is going to be very difficult for Netflix to compete with that…

Disney will launch its own streaming service called “Disney+” next year. It’s going to pull all its shows and movies off Netflix and put them on Disney+ instead.

This is a huge problem for Netflix because Disney has the world’s best content by a long shot. It owns household brands like Marvel… Pixar Animations… Star Wars… ESPN… ABC… X-Men… not to mention all the traditional characters like Mickey Mouse and Donald Duck.

#3 Amazon Prime Is Ramping Up Their Spending On Original Shows

READ  In One Chart: Two Decades of Stock Ownership in America

Amazon is willing to spend billions on original content, and they have already been gobbling up market share.  Though still behind Netflix, Amazon has shown a willingness to do whatever it takes to become a major player.

For example, at one time you could watch Downton Abbey on Netflix, but now that entire series is exclusively found on Amazon Prime.

In February, Amazon (AMZN) announced it would spend $5 billion developing original shows and movies this year. In response, Netflix upped its spending by 50%.

Netflix had planned to spend $8 billion on shows and series this year… now it’ll spend roughly $12 billion. It now invests more in content than any other American TV network.

Netflix subscribers may appreciate all of the new content that the company has been churning out, but it has come at a very great cost.

Netflix was already drowning in debt prior to 2018, and that debt has shot up by 71 percent to $8.3 billion so far this year.

Meanwhile, two competitors with much deeper pockets will be able to outspend the company very easily in future years…

According to content spending numbers reported by research firm Ampere Analysis, Disney and Fox are projected to spend $22 billion per year on both original and acquired content. Similarly, Comcast and Sky are expected to spend $21 billion in 2018.

READ  Macro Risks To The Stock Market Are Mounting

Netflix has been heavily promoting their own original content, but 63 percent of the content that their subscribers consume is still from other sources…

Original content accounted for 37% of Netflix’s U.S. streams in October 2018, up from 24% a year earlier (and just 14% in January 2017), per video-measurement firm 7Park Data. But that means the majority (63%) of Netflix’s viewing is still from licensed content.

And that licensed content is becoming prohibitively expensive.  For example, Netflix just made a deal to renew streaming of “Friends” for another year for 100 million dollars…

Warner Bros.-owned “Friends” stood at No. 3 — with its ongoing popularity helping to explain why Netflix was motivated to ink a one-year renewal for the ’90s-era sitcom, in a deal reportedlyworth $100 million.

It absolutely amazes me that millions of Americans are still willing to tune in to old reruns of that show, but apparently it is happening.

But there is no way that deal makes any economic sense whatsoever.

At this point, Netflix is bleeding cash at a rate that is staggering.  It has been projected that Netflix’s free cash flow will be negative 2.79 billion dollars in 2018, which will be the worst year that it has ever experienced.

Looking forward, Netflix will be steadily losing key content and subscribers to competitors, and it is inevitable that their borrowing costs will go up quite a bit.

Without sufficient revenue to service their exploding debt, it is only a matter of time before Netflix flames out and is forced to surrender.

Netflix shares are still worth $269.70 at the moment, but that won’t last for long.  Eventually the company is going to zero, and no amount of irrational optimism will stop that from happening.