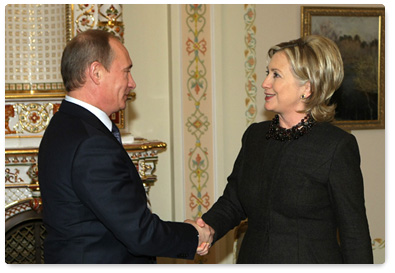 For more than a year now, you could hear the word echoing from Congressional offices and TV studios all over Washington DC: Russia, Russia! Mind you, these are the  exact same people who spent more than 7 decades making excuses for the Soviet Union; yet, the Democrats and their mainstream media pundits were suddenly convinced that Russian spies have invaded the US (and the internet by the way) back in 2016, thus trying to destroy America’s democracy and install their golem in the White-House.
Trump only won because, of course, he was Vladimir Putin’s pet. That was the left’s claim. The respective claim seemed to be a tad confusing (to say the least) to most Americans, but to our ruling class also known as the swamp in DC, that explanation took care of all their problems.  If it wasn’t for those pesky Ruskies, how else could Hillary Clinton, the media darling who was loved by both the Bush dynasty and Nancy Pelosi, not to mention dear leader Barack Obama, have lost last November’s election?
The corporate mainstream media assured the American public and the Democrats that would never happen, i.e. one year ago, the New York Times claimed that Donald Trump has absolutely zero chances of winning the election. Well, almost zero, as Hillary Clinton was generously credited by the NYT with a 93% chance to win. And they really believed it.
When their prediction failed miserably, the DC elites assumed that Russians, an evil foreign power, must have magically intervened, as no other explanation (like Hillary was a pathetic candidate who ran a bland campaign) made sense to them. The problem was that they lacked evidence that such an event took place. Hence, they told the American public that we need an immediate/thorough investigation in the “Russia collusion”/interference or whatever. And we got one in thirty seconds flat. The FBI started it and it was meant to become one of the most comprehensive investigations in US history. The investigation was soon joined by a fully staffed office of independent counsel Robert Mueller, as well as both houses of the US Congress.
Furthermore, almost every left wing media outlet in America jumped obediently on-board, spending a lot of time, money and investigative resources into news stories which looked increasingly more like conspiracy theories, being based on leaks and anonymous sources, yet lacking any shred of hard evidence, other than hearsay. And ahead they went. An entire generation of non Russian speaking cable news hosts transformed themselves into amateur criminologists. The Russian conspiracy theory frenzy spun out of control.
Things went even further, as liberals started talking about actual war with Russia. As Bill Maher put it, if Russia keeps  attacking America, “we should fight back”:


See also  Russian Industrial Production of 2022 Similar to 2021
Liberals were (and still are) accusing Russia, a nuclear power, of basically an act of war (derailing a presidential election), and they’re doing that just to get an advantage in a domestic political dispute.  The same thing was done by sitting members of Congress, they called for war with Russia too over “election hacking” nonsense. The problem is, there was no Russian collusion in last year’s election, so how are all those investigations going?
Well, not so good. For example, the “failing New York Times” ran a piece over the weekend, which concluded that if those Ruskies helped put Donald Trump into the White House, they surely left no trace of it. California Senator Diane Feinstein admitted that after wasting tons of time and money, her committee failed to find any evidence about Putin colluding with the Trump campaign. The whole Russia collusion story is basically fake news, a dry well, a nothing burger, a politically induced hallucination, a scam or whatever you want to call it.
However, this is not like we didn’t learn anything. Robert Mueller’s dream team of investigators has apparently discovered  evidence of suspected malversation by the John Podesta  group, a lobbying firm founded  by Hillary’s campaign manager John Podesta and his brother Tony. The Podesta bros are allegedly in violation of criminal Federal law as they failed to register as lobbyists for foreign powers.
And then, of course, there’s the ongoing Uranium One extravaganza. Back in 2010, and this is an indubitable fact, the Obama admin allowed a Russian company to gain control over approximately 20% of America’s uranium reserves. Before the deal was approved, Obama’s Department of Justice uncovered a massive Russian racketeering and bribery ring, working overtime to get their hands on that uranium. Shockingly, the Obama administration kept the intel very hush-hush, even from Congress, thus allowing the deal to go through. Why, you may ask? Did that have anything to do with the 145 million dollars Hillary Clinton’s family foundation took in the exact same period from the Russians/Uranium One board members?
By the way, she was the Secretary of State at the time. And that’s the good news about the mainstream media hysteria about the Russia conspiracy theory.  Its unintended consequences are massive fun to watch now, that the story turned against its promoters.
When you make up a fake Russia collusion story, you never really know where it’s going to go next.

See also  Twitter execs knew ‘Russian collusion’ narrative about Trump during 2016 election was false but said nothing about it
Trending: Views: 41

2 thoughts on “The Russian Collusion Delusion”