We’re getting a real-world economics lesson in rip-your-face-off increases in prices, and the tuition is about to go up–way up.

Inflation will be transitory, blah-blah-blah–I beg to differ, for these reasons. There are numerous structural sources of inflation, which I define as prices rise while the quality and quantity of goods and services remain the same or diminish. Since the word inflation is so loaded, let’s use the more neutral (and more accurate) term decline in purchasing power: an hour of your labor buys fewer goods and services of lesser quality than it did a decade ago or a generation ago.

Consider skilled hands-on labor as an example. Let’s say some essential parts in essential infrastructure require welding. There is no substitute for skilled welders. But wait, doesn’t economic dogma hold that whenever costs rise, a cheaper substitute will magically manifest out of a swirl of dust? That dogma is false in cases such as skilled labor.

The only substitute for a skilled welder is another skilled welder, and while theory holds that there will be cheaper welders who can be brought in from elsewhere, this is also not true: due to deficiencies in education and a cultural bias against manual labor, there is a shortage of skilled welders virtually everywhere.

But wait, can’t we just offshore the project? Globalization always lowers costs, right? So by all means, load your busted boat trailer on a container ship to China, find a welder in Shanghai to do the work, and then ship the boat trailer back. Weeks later, you discover the plan and the specs weren’t followed, so all the time and money was wasted. It would have been so much cheaper and faster if you’d just paid the welder in town a few extra bucks and had it done right in a few hours.

But wait–we’ll just automate welding and have a robot do it all for next to nothing. OK, fine, pal–you manufacture the robot and program it to trundle out to the busted boat trailer, examine the breaks and do the welding so it actually works again. Go ahead and do that (at gargantuan expense), and then let’s see the robot do it right in dozens of different jobs in all sorts of situations, and then add up the cost of all that compared to the relatively low cost of an experienced welder.

Meanwhile, back in the real world, people with high levels of craft skills and experience are scarce, and the fantasy of robots replacing them are untethered from reality.

As I’ve noted before, central banks can conjure trillions of dollars out of thin air but they can’t conjure up experienced, motivated workers willing to work for lousy pay. As I noted last week, the minimum wage would have to double to even get close to the purchasing power of the minimum wage I earned two generations ago. If an economy can’t pay its workers enough to live, it doesn’t deserve to exist and should be shoveled into the dustbin of history.

See also  2 charts that show how much more expensive Thanksgiving dinner is this year (but inflation is transitory?)

Fans of automation are rarely if ever the people tasked with designing, manufacturing and programming robots. Fans of automation don’t recognize any limits on the cost and efficacy of automation because their faith in technology is quasi-religious, but in the real world, there are many tasks that don’t lend themselves to automation.

If automation was as cheap and easy as many seem to think, then why does Amazon need 1.3 million human employees? In terms of automation, what could be easier than vast warehouses, vehicles and delivery? Amazon certainly has the money and talent to automate everything that can be automated, so why is Amazon hiring hundreds of thousands of humans and boosting wages for 500,000 humans? Amazon to raise pay for 500,000 workers (April 2021, NYT.com)

Although it’s heresy to true believers in automation, humans are cheaper and create more value than robots in many settings. Simply put, there are limits on the cost effectiveness and value creation of robotics and automation.

A strong case can be made that automation has drastically reduced the quality of services and created the illusion of effectiveness. For example, you go online, check the inventory in your local outlet, drive down there and discover a bare shelf even though the online app indicates dozens in stock. Where is the value in this travesty of a mockery of a sham?

Those at the top of the wealth-power pyramid avoid the systems they profit from like the plague. Abysmal customer service, poor quality goods, apps that don’t work–that’s all the debt-serfs will ever experience. Those who own the systems know how awful it all is and they never touch any of the goods and services they pour into the slop buckets of the commoners.

Few seem to have noticed that we’re already on the downside of Peak Globalization: labor costs are rising in China, too, for the same reason labor costs are rising here and elsewhere: the number of people willing to do dirty, boring, difficult work for low pay and no benefits is diminishing. Some of this scarcity is due to demographics, as the workforce shrinks, some of it is increasing opportunities for flexible gig work that pays as well or better, and some is a rejection of the status quo. Post-Pandemic Metamorphosis: Never Going Back (6/7/21).

Apologists for the wunnerfulness of globalization also fail to take into account the nationalization of critical resources or resources being cut off for geopolitical reasons. Nice copper mine you got there, but now it’s ours, and we’re raising prices. Go find a substitute for copper, cobalt, rare earths– gosh, there are no substitutes? Wait a minute, economists promised us scarcity was impossible because there’s always a substitute.

In the real world, essentials for which there are no substitutes are scarce, and the world is awakening to the power of those who control these essentials. Globalization was always based on the notion that there was always another place to stripmine, but now the entire planet has been stripmined, put under the plow or clearcut.

The primary source of cost-cutting and profit-boosting–lowering quality and reducing quantities– have reached limits: if the package gets any smaller, we’ll need a microscope to see it. Cutting corners has been going on so long that there are no corners left to be trimmed. Shrinkflation has reduced cereal boxes such that the boxes are not wide enough to stand up on the shelf.

Producers have to raise prices to maintain profits, period. And anyone who lets profit margins slip is cashiered, to be replaced by someone even more pathological and ruthless.

So let’s review the sources of inflation:

— Scarcities of labor across the board. (see job openings chart below).

— Cost and value-creation limits on automation.

— All the corners have been cut, now prices have to rise or companies will bankrupt themselves.

— The ‘Take This Job and Shove It’ Recession (5/12/21) — Never Going Back — people are abandoning the status quo hamster wheel.

Few are willing to acknowledge these sources because they run counter the the fantasy world narrative that’s spinning the frenzied hamster wheel. Purchasing power is prosperity, and since purchasing power is in free-fall, so is prosperity–at least for the bottom 90%. Trillions in free money have masked the decline temporarily, but what’s transitory isn’t inflation– it’s the illusion of prosperity that’s transitory. And that’s why nobody in a position of power wants to discuss prices being driven by scarcities caused by actual physical limits.

Those who think prices can’t double or triple haven’t experienced scarcities caused by actual physical limits. There are no substitutes for essentials or skilled labor, globalization has already stripmined the planet and central banks can’t print experienced workers willing to work for rapidly devaluing wages in dead-end jobs while billionaires pay pennies in taxes.

We’re getting a real-world economics lesson in rip-your-face-off increases in prices, and the tuition is about to go up–way up. 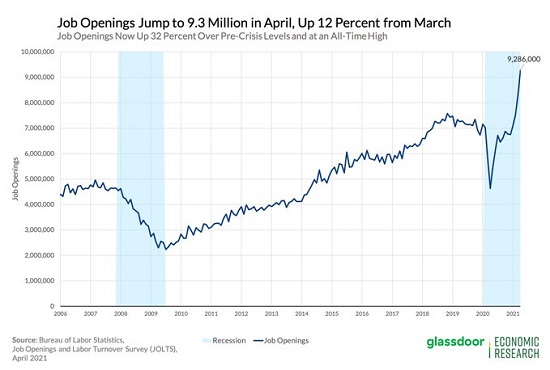