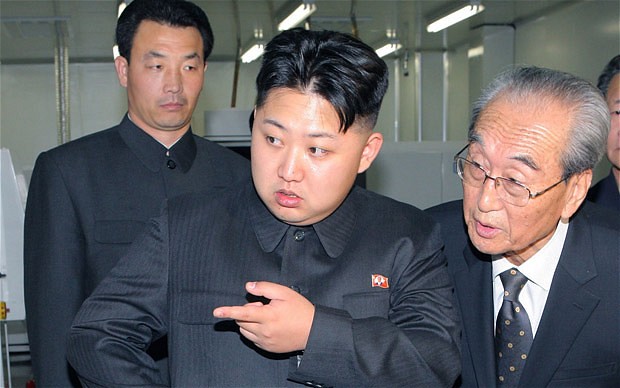 If it seems that events in North Korea have escalated to a point that is vastly more serious than any we have seen in recent years, it’s because they have. And whilst the MSM may be blaming it on “Trump’s deadly rhetoric,” what is far more likely is that there has been a very real change in the political circumstances of the regime.
This may come across as a little far-fetched, but I have it on good authority that the reason for many of the failed missile tests that we hear about are not down to the ineptitude of North Korean physicists, but rather through the  “intervention” of assets. With this in mind, isn’t it possible that there exist back channels that have influence on the regime? And to take it even further…Is it possible that the U.S government, under the previous administration, was actively working (paying with technology, assistance or even straight cash) with people in positions of power in the NK government?
And this is why the situation has escalated so rapidly. The back channels were never handed over to the current administration because the people running these channels want Trump to fail massively on the international stage.
It also explains why relations with Iran have taken such a dire turn. Under the Obama administration there was $40 billion here and $140 billion there, all in the name of curbing Iran’s nuclear program. And then Iran refuses to allow inspections, and says it will ramp up its program even further if sanctions are imposed on them by President Trump. This is not just a blunder, or a miscommunication between leaders, this is a collapse of diplomatic and financial back channels.
Again, it may come across as a nutty shot in the dark. But we know three things for sure:

See also  “They lied to us about the mRNA shots.” - Gov. Ron DeSantis

This seems to me to be a shakedown of some kind, the Career Bureaucrats know about, but don’t want Trump to win, even if it is by the same methods as Obama.

See also  Layoffs? You Want To Talk About Layoffs? Here Are 10 Major Announcements Which Have Happened Within The Past 10 Days
Trending: Views: 22