“Obviously a weaker dollar is good for us as it relates to trade and opportunities. The currency’s short term value is not a concern of ours at all Longer term, the strength of the dollar is a reflection of the strength of the U.S. economy and the fact that it is and will continue to be the primary currency in terms of the reserve currency,”
Steve Mnuchin, US Treasury Secretary
“Trade wars are fought every single day,” he said. “So a trade war has been in place for quite a little while, the difference is the U.S. troops are now coming to the rampart.”
Wilbur Ross, US Commerce Secretary
“With the global punditry assembled in Davos this week, the topic of the dollar seems to have bubbled to the surface again. Down more that 10% from the December 2016 peak, the greenback has started to sag at just the time when Treasury deficits are climbing and the Fed is paring back its purchases of US government debt and agency mortgage bonds.”
Chris Whalen, Dollars, Deficits, and Duh in Davos

Short term at least, the Trump Administration is pursuing a weaker dollar policy.  This despite President Trump’s very incongruous assertion late today from Davos that ‘he supports a strong dollar’  and that Secretary Mnuchin’s comments were taken out of context.   As if.
A weaker dollar stimulates exports, and acts like a general tariff on imports.   This is less of an issue for the US now that it has become ‘oil independent.’  There are other key imports but oil has been the heavy hitter.
The financial sector may not be so welcoming of this, as the weaker dollar makes it a bit more difficult to peddle their dodgy financial instruments to non-US clients.
Still, in the bigger of things, the dollar weakness is rather mild.  I show a longer term DX chart in the second graph.
The weaker currency strategy is certainly good for those who hold gold and silver priced in US Dollars.
One of the more interesting economic phenomena to watch will be the manner in which the US Treasury and the Fed manage the huge US debt, having doubled to over twenty trillion US Dollars, with interest rates beginning to creep up back to more ‘normal’ levels.
And the recent tax cuts for the wealthiest and corporations will continued to fuel that deficit.
The hope is that a growing economy will help to offset will negate the problem.
This is a key facet of ‘supply side’ economics.
As Tony Sanders puts it at Confounded Interest, “The hope is the the economy will grow faster than it has since The Great Recession.”
But at the end he does add that ‘too much sugar is bad for you.’
Another party, which seeks to resurrect the printing money solution, albeit with a new brand and gnostic marketing campaign, is of the opinion that the US can resolve the issue by decoupling the currency from the US debt markets.
If too much sugar is bad for you, is replacing it with crystal meth going to be better long term solution? Not unless everyone around the world becomes your enabler, then caretaker, and finally caregiver.
As US Treasury Secretary John Connally put it at the G-10 meeting in late 1971, “It is our dollar, but it’s your problem.”
All in all, if I daresay, not such a bad time to own independently valued assets, like gold and silver. 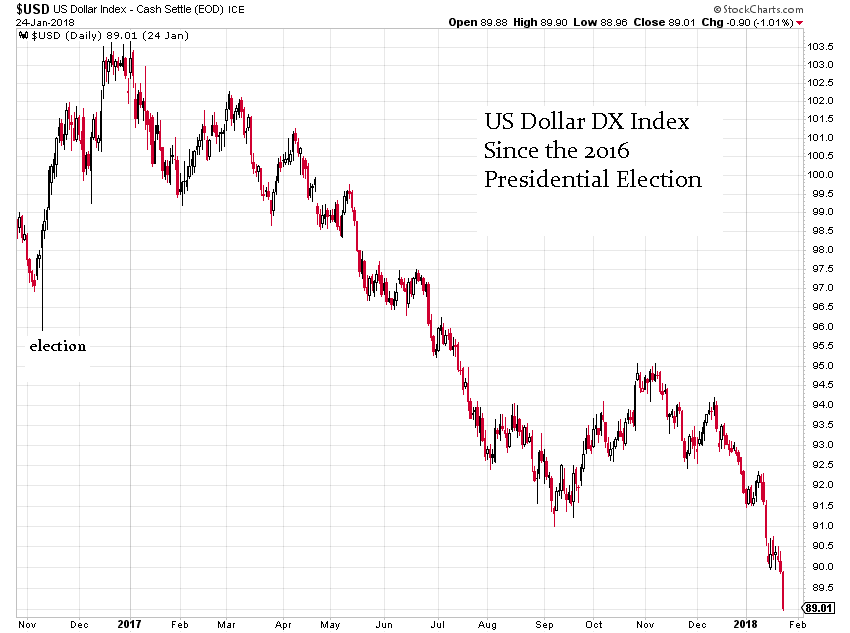 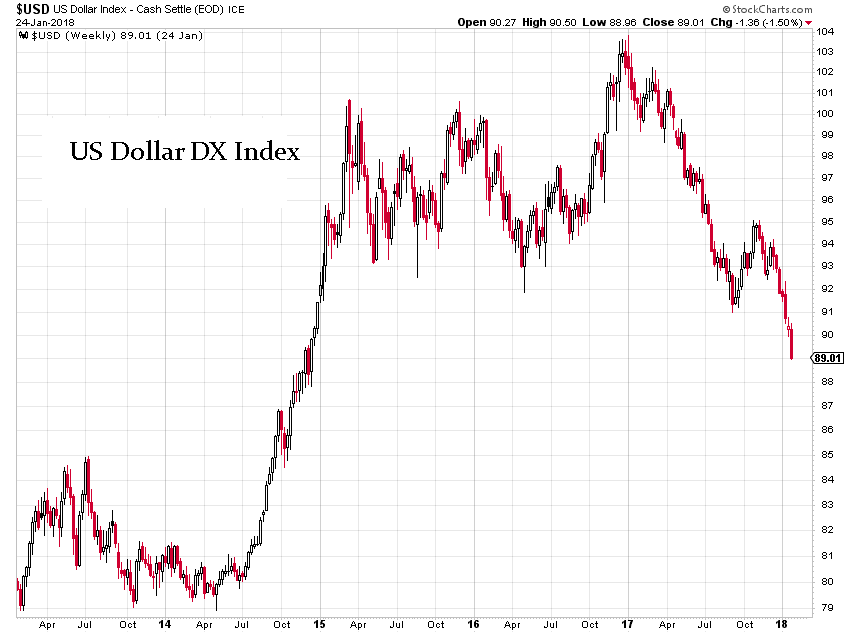 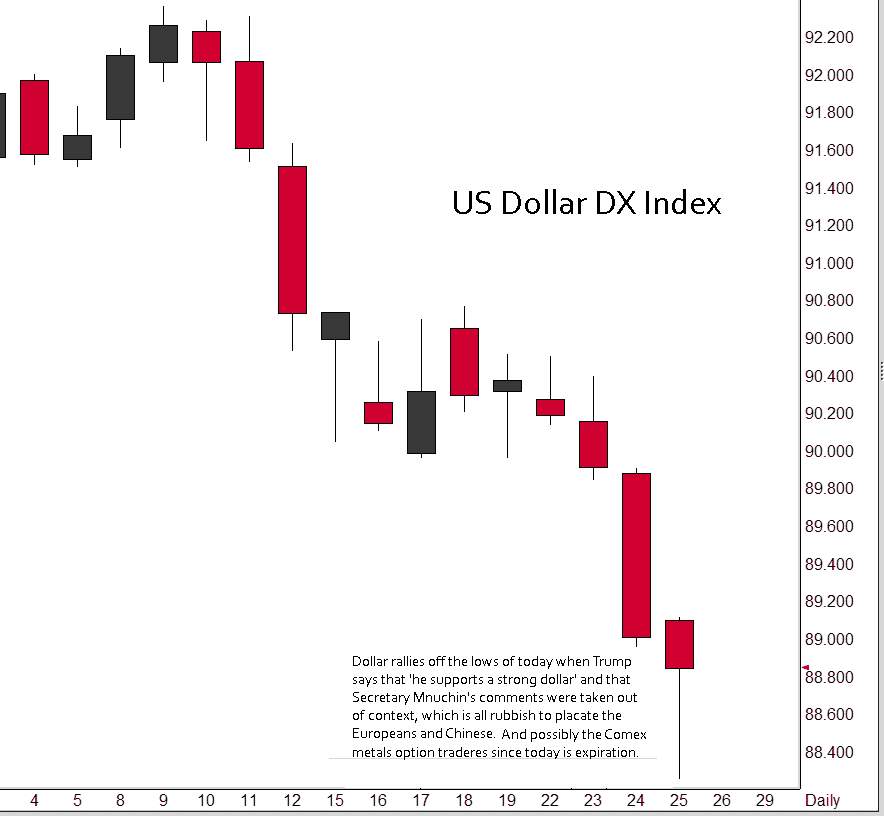