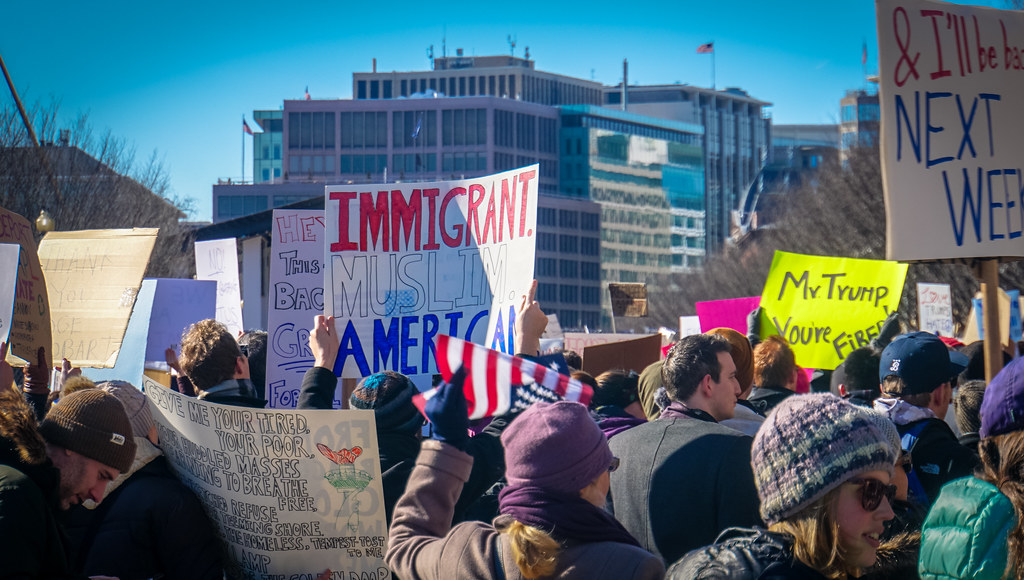 Have you heard in the media about the two international polls by two of the most respected and highest standard research institutes, that say the vast majority of people worldwide agree with Donald trump’s travel restrictions on people from Muslim countries? No? That’s because almost none of the MSM have decided to reveal them. But they do exist.*
Chatham House and Pew Research Center (two of the world’s most respected, gold standard researchers) have both carried out international surveys to determine the prevalent attitudes across ten countries to the idea of Muslims and Muslim immigration.
Chatham House
The Chatham House survey covered more than 10,000 people across ten countries (roughly 1,000 from each). The respondents were asked to react to the statement: ‘All further migration from mainly Muslim countries should be stopped’. This is obviously a far more extreme position than that of President Trump’s temporary travel restrictions.
Have a look at this chart to get an idea of the attitudes reflected:

As you can see, across all ten countries surveyed, 55% thought that ‘All further migration from mainly Muslim countries should be stopped’. In no country was there more than 32% that strongly disagreed.
President Trump has taken the pulse of the world and got it absolutely right. If those who responded either ”disagree” or “neither agree nor disagree” were prompted with “temporarily ban migration from seven Muslim majority countries for a period of 90 days” than the overall “agree” % would clearly rise. He clearly has support based on empirical data.

The Pew Research Centre
The Pew Survey covered favourable and unfavourable opinions on “Muslims living in Our Country”. Again, this covered ten different European countries and asked about people’s thoughts on the Muslim communities within their borders.
The results show that a majority overall hold negative views of Muslims and that a median of 59% thought that the arrival of Muslim refugees would lead to an increase in terrorism.

So despite several years of clear governmental propaganda, people’s opinions on Muslim immigration have become more, not less negative. Whether we see this data as good or bad is actually irrelevant. It shows clearly that President Trump is giving the people what they actually want. That is democracy.


* There are exceptions. The majority of these however chose to use the data to disparage the low-earners and elderly.

See also  Welcome to the World of Bankster Magic Where We Shall Have “Weather Followed by More of the Same Unless it Changes.”
See also  In summary, the U.S. is in confirmed recession ahead of Europe, China and the rest of the world. Which means that hot money will now exit U.S. markets at the speed of yield collapse.
Help Support Independent Media, Please Donate or Subscribe: Trending: Views: 0

5 thoughts on “The World Agrees with Donald: Majority Support for Restrictions on Muslim Immigration”