Both S&P 500 and DJIA are having a longest streak in over 20 years. Both the indices haven’t seen a 1% decline since October 2016. Also, in February, the DJIA recorded its longest “winning streak” since 1987. It closed 2,000 points above its 200-day moving average for the first time ever.

Below are the five charts that paint the whole picture of the stock market best. 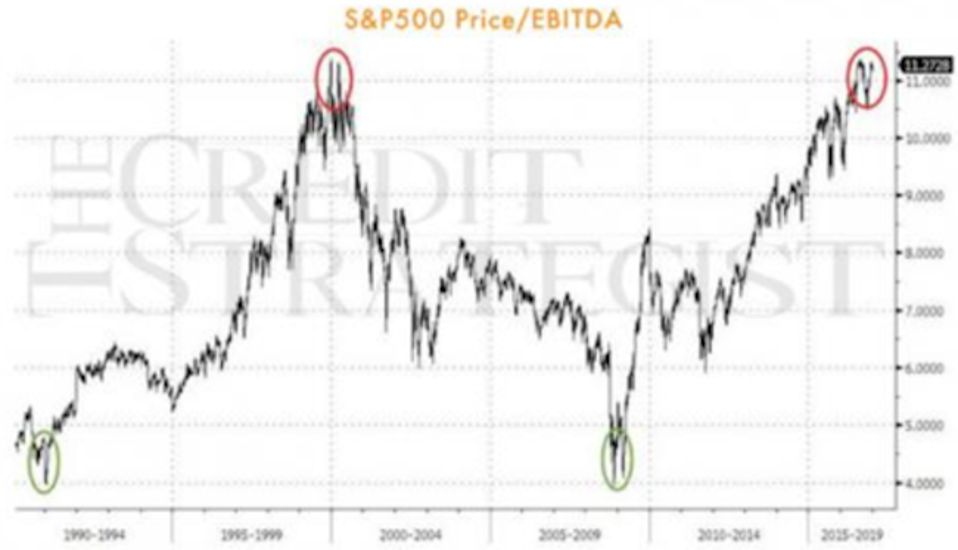 Currently, the CAPE is 73% above its mean. Besides its reading before the 1929 crash and dot-com bubble, the ratio is at its highest level on record. Total market cap relative to GDP, currently stands at 130%—a 129% increase since 2009. This rise also brings the ratio to its highest level since 2000. 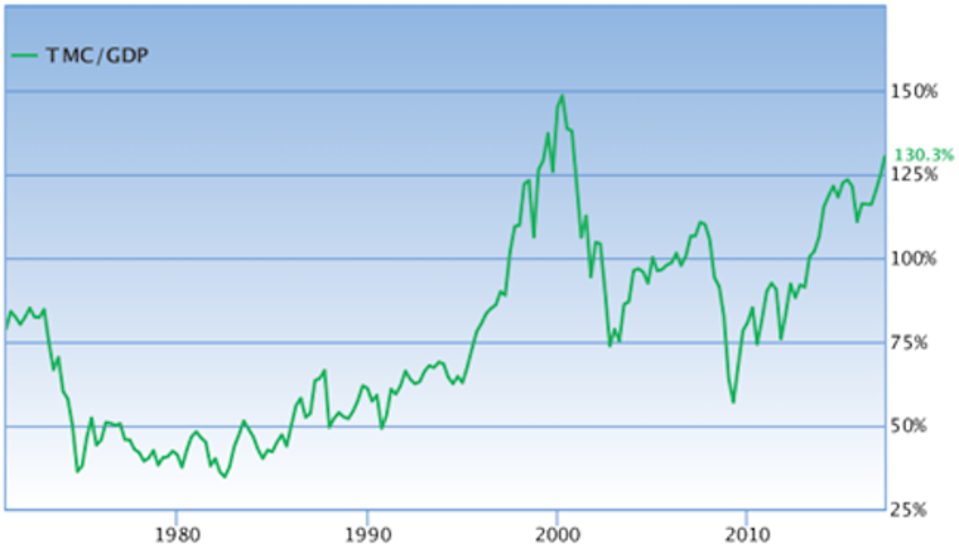 High levels of margin debt lead to increased volatility as more people are forced to sell due to margin calls. In January, margin debt hit another record high. The two previous tops were one month and three months prior to the respective 2000 and 2008 market crashes. 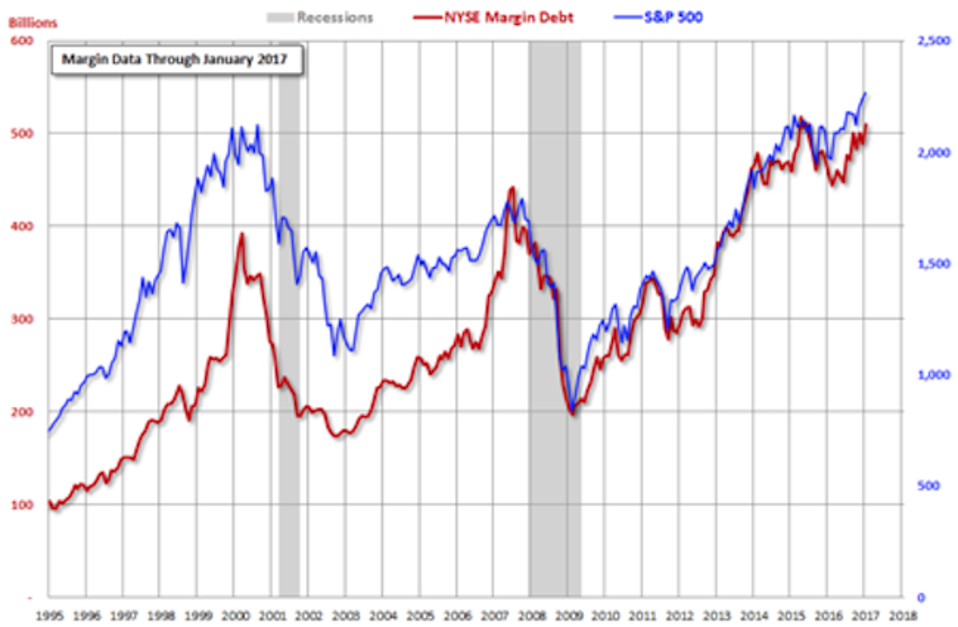 Margin debt making another “all-time high” signals the cycle is in late stages when complacency takes hold. And surprisingly that too is at all-time highs. In the past, when the complacency index was high, stocks invariably saw big corrections shortly thereafter.

Bottom line is that high valuation metrics aren’t indicative of an imminent market crash. What they do tell us is that we must lower our expectations of future returns. While the correlation isn’t perfect, this chart shows a higher CAPE ratio usually means lower future returns.

With the splendid run-up in markets since 2009, investors can’t expect returns to continue at double the long-term average. At a time of bullish trend taking over, it’s important to remember that markets are cyclical.

Smart investors can still find value in today’s frothy markets by taking a contrarian approach to investing. In short, investors can limit their downside risk by searching for out-of-favor sectors and companies that have lagged the market—like healthcare.