With Earnings Season Nearly Over 60% Of Companies Have Missed On The Top Line, Revenues Down 1% From Last Year

The second quarter earnings season is almost over with 87% of companies reporting. And so far it has been an unmitigated disaster, with only 51% of companies beating on the far easily fudgible bottom line number (which further facilitates the transition of America to a “part-time worker society” as repeatedly demonstrated here), but a stunning 60% of all S&P member missing on the top line. More importantly, for the first time since the Lehman collapse, year-over-year revenue “growth” will be negative, declining at 1% from Q2 2011. Whether the reason is due to FX exposure in a world in which the USD suddenly found a major bid in the past 3 months, or because of corporate unwillingness to reinvest their cash into their business and increase CapEx is unknown. But one thing is certain: absent central bank intervention, which for some inexplicable reason has seen the PE multiple of the S&P rise to 2012 highs, the stock market would not be where it is today if corporate fundamentals had anything to do with actual stock price.

#Insight – negative surprises in Q3 reporting is already showing up in guidance, as a record number companies have already guided LOWER! The market hasn’t noticed…..yet! 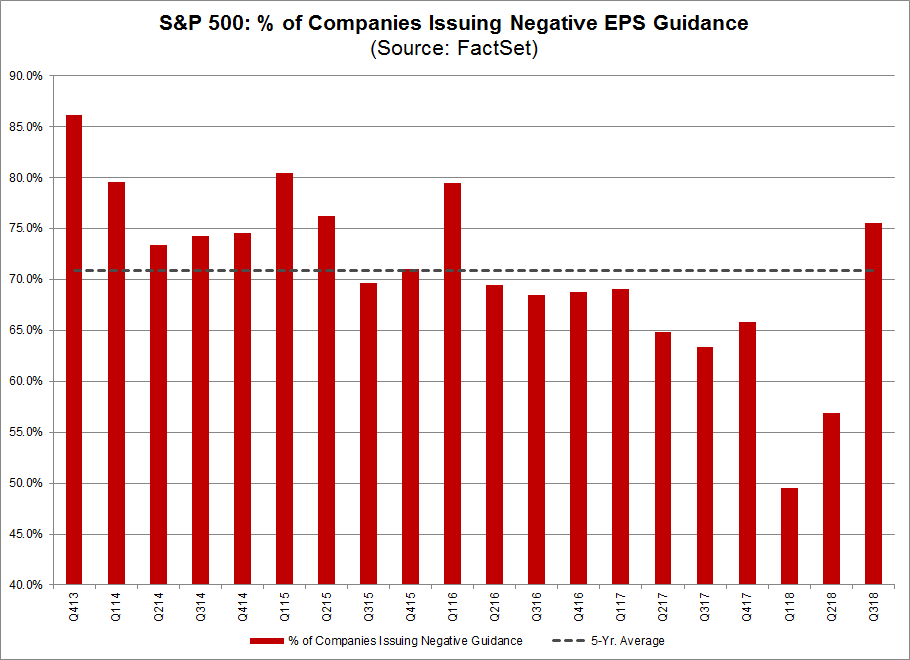 Still the uber Bull, 64% of all companies guiding down. Quad four🐻😉

READ  Milo Yiannopoulos says that as soon as he became "ex-gay," dogs stopped barking at him, which he believes is a sign from God.
READ  The Core! Core Inflation Fastest Since February 1992 (3.8% YoY, Higher Than Forecast) Home Prices Growing At 13.9% Clip
723 views