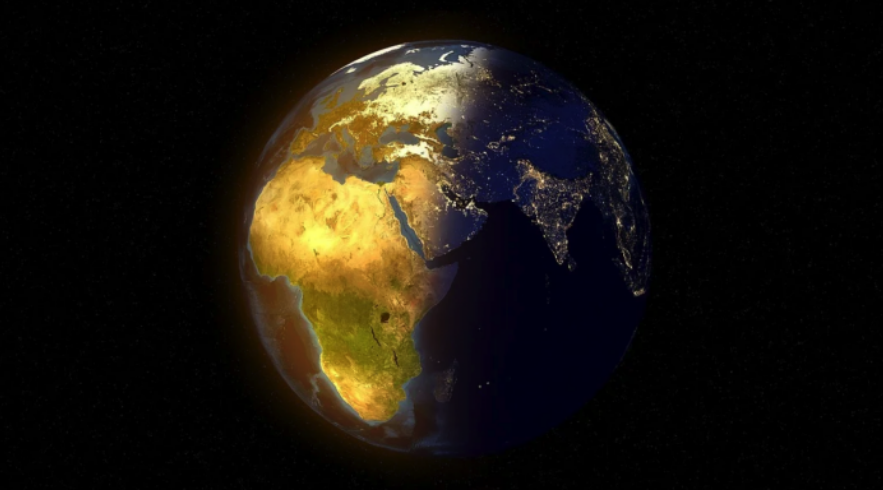 If you feel like global events are about to hit a dramatic turning point, you are definitely not alone.  Lately, I have been hearing from so many people that are feeling such a sense of dread about the days that are ahead of us.  It kinds of reminds me of the waning days of 2019.  If you go back and review my articles and my interviews from that period, you will see that I repeatedly warned that I had such a bad feeling about 2020.  At the time, that didn’t make a lot of sense to some people, because life was still relatively normal.  But then the COVID pandemic came along and the world went completely nuts.  Well, now I am sensing another huge wave of trouble, and countless others are feeling the exact same way.

Normally, I tend to focus my articles on things that just happened in the news.  But today I want to talk about the bigger picture because we have reached such a dangerous time in our history.  The events of the past couple of years have put us on a very alarming trajectory, and I believe that we are rapidly approaching a point of no return.

There are still a lot of people out there that believe that some sort of a magic solution will suddenly be found and life will revert to normal.  Sadly, that isn’t going to happen.  Nobody has a “silver bullet”, and men on white horses are not going to come riding in to save us.

At this moment, the stage is being set for so many of the things that I warned about in Lost Prophecies and 7 Year Apocalypse.  Great natural disasters are occurring all over the planet, extreme weather events are playing havoc with worldwide crop production, global hunger is on the rise, we are facing a supply chain crisis of epic proportions, and I have written numerous articles in recent weeks about the growing shortages that we are witnessing.

Meanwhile, the pandemic continues to rage on, and now we are being told that this virus will be with us indefinitely.  Of course many believe that how national governments have responded to the pandemic has been even worse than the pandemic itself.  We are seeing civil unrest and mass protests all over the globe as ordinary citizens lash out against the alarming rise of authoritarianism all around us.  We have seen so much chaos and death over the past couple of years, and there will be so much more in the years ahead.  Millions upon millions of people have already died, but what we have seen so far is just the tip of the iceberg.

See also  Mike Pompeo: The most dangerous person in the world today is Randi Weingarten...Head of the US Teachers Union

As I discussed a few days ago, this is also a time of wars and rumors of wars.  Needless to say, military conflict will take many of our current problems to an entirely new level.  Sadly, most Americans have absolutely no idea that we are moving toward war even now.

But most Americans can see the product shortages that are growing all around us.  At this point, the supply chain crisis has gotten so bad that the mainstream media can’t stop talking about it.  On a very basic level, our economic infrastructure is breaking down, and this is something that is happening all over the world.

Originally we were told that things would be “getting back to normal” by this point, but now we are being told that the shortages are going to be getting even worse in the months ahead.  Earlier today, I came across a video in which Glenn Beck detailed why he is extremely concerned about this.  I think that Glenn did a really good job of communicating the urgency of the crisis that we are now facing, and I hope that people will share his video with as many people as they can.

There are some that have used the word “hell” to describe the past couple of years, but the truth is that they aren’t even worth comparing to what is still ahead of us.

But no matter what comes along, you can get through this.

I have heard from so many people that are scared about what is to come, and it is okay to be honest about our emotions.  If you truly understand the bigger picture, the gravity of what we are dealing with will definitely weigh on you.  But there is no reason to be afraid.  You were born for such a time as this, and you were placed at this specific moment in human history for a reason.

Since I write about such difficult topics, some people out there have suggested that I must be deeply depressed.  But the truth is that my wife and I are not depressed at all.  We are not on any pills, we don’t have to see any psychologists and we don’t walk around in a state of gloom all the time.

That is because we know who we are, we know where we are going and we understand how the story ends.  All of human history has been building up to a grand crescendo, and we get to be here for it.

There is no other time in all of human history that I would have rather lived than right here, right now.

But if your life is defined by the system that the elite have established, and if what you care about are the material possessions that the system has provided for you, then the years ahead are going to be exceedingly painful for you.

Because the truth is that the system is dying.

Everything that can be shaken will be shaken, and we are going to see horrors that are far beyond what most people would dare to imagine right now.

But for those that are living for the things that really matter, this will be an incredibly exciting time to be alive.

If you have not been paying much attention to global events, now is the time for you to wake up.  So many of the pieces of the puzzle are coming together simultaneously, and so many of the major things that the watchmen have been warning about are on the verge of taking place.

I will have so much more to say about all of this in the days ahead.  Be strong and keep the fire burning, because the times that are approaching are going to greatly challenge all of us.