This is the beginning of the crisis. Nobody will notice until the big 100 banks see same… t.co/BPhbKpE1vq

#Subprime #auto deliquency (60-day) is at a 22 year high. This is when credit charge offs and delinquency rates among smaller banks are surging.

But, remember: the unemployment rate is under 4 percent. What happens when it doubles? #fed $GM $F $KRE $XLF

The crisis is underway………

RIDDLE ME THIS….#Homeownership rate in the #US < 1996 levels

Median #housing prices > ever before in history

Over 80% of #IPOs in 2017 had negative earnings – only in manias do these deals get done. Last time was the tech wreck

U.S. Household Wealth Has Been Inflated by the Fed 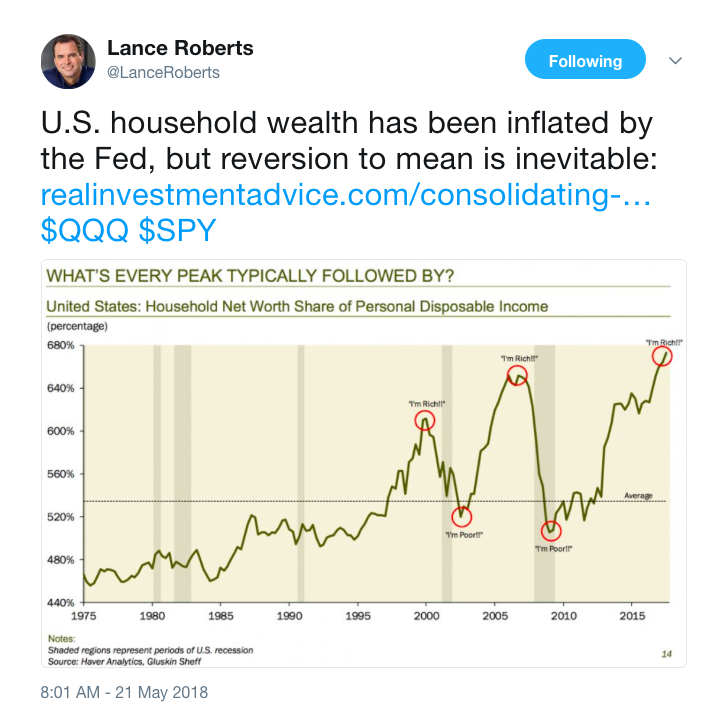