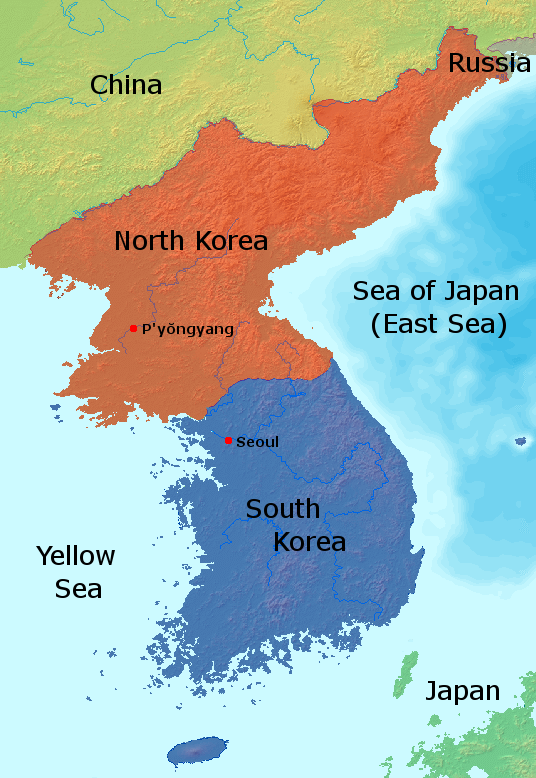 Since the story regarding Donald Trump’s ultimatum to the North Korean dictator broke, the MSM has been spinning every angle possible except the opinions of the people affected. North Korea is belligerent and threatening (as usual), China is keeping its mouth closed (as usual) and America is on the brink of bombing another country (as usual). Not including the cardboard cut-outs from the “politically acceptable media”, what are real people thinking? Does Donald Trump have support for his ultimatum? And what would it take for each side to back-off.
It is unlikely that Donald Trump will start direct military action (Tomahawk missiles I believe is the preferred method) without support from China. The NK have a long history of mutual support and cooperation with China, and in fact, China has actually fostered the culture of isolation because it suits their purposes to be the “one diplomatic link” with NK. But times have changed, and increasingly, China is feeling that NK is a holdover from different days; they are now on different trajectories.
But China has finally taken action (or at least prepared for it). There are 150,000 Chinese troops now stationed on the Chinese/NK border, and although they are presently engaged in sitting down, eating rice and drinking cheap Baijiu, the threat of action should rightly be terrifying for Kim Jung un.
Much like every other nation on earth, the political elite of China are a quite distant from the people they claim to represent. But in this particular case, the average Chinese attitude seems to be supportive of the military presence. This is partly due to NK’s last nuclear test which in 2016, created earthquakes in China’s north east regions. Nobody wants the same to happen again and many fear environmental damage. But another reason for the people’s support is that they do not like having an uncooperative, aggressive and unpredictable neighbor on their borders. Imagine if Florida was ran by a despot who refused to engage with the wider world other than to threaten them with nuclear destruction, how would Georgia and Alabama be feeling? This is much the same situation.
One thing that is very clear, despite the MSM hyperbole, is that President Trump is not going to take military action against NK without approval from both China and South Korea. This is not a “Wildman” action. This is a carefully negotiated strategy that will be backed-up by all allied parties. Even the most reckless politician wouldn’t make so many enemies with one ill-thought strike (except perhaps the Dear Leader).
As to what it would take for each group to back off? It’s not actually that complicated. Both the US and China are looking for NK to 1) not run this nuclear test 2) open a proper dialogue between all concerned parties (thus relieving some of the burden on China) 3) a way to “be seen” to not be backing down. And as for NK, they want a big show of power to consolidate the “legitimacy of rule”. If Kim Jung Un cn get both the US and China to “ask” for full diplomatic relations, odds are, they’ll take it.

See also  We Are About To Experience An Absolutely Epic Housing Crash The Likes Of Which America Has Never Seen Before
See also  Michelle Obama Just Got Bad News About Her New Big Job
Help Support Independent Media, Please Donate or Subscribe: Trending: Views: 6