Lawyers for Greg Craig, ex-Obama White House counsel, say they expect him to be charged with foreign lobbying violations.

The case against Craig stemmed from Special Counsel Robert Mueller’s Russia probe, centering around the lobbying work he performed in 2012 for the Russian-backed president of Ukraine, Viktor Yanukovych, while Craig was a partner at the law firm Skadden, Arps, Slate, Meagher & Flom.

Craig allegedly never registered as a foreign agent under the Foreign Agents Registration Act, or FARA, which requires lobbyists to declare publicly if they represent foreign leaders, governments or their political parties.

His attorneys on Wednesday night told The Associated Press in a statement that the “government’s stubborn insistence on prosecuting Mr. Craig is a misguided abuse of prosecutorial discretion.”

Yet another torpedo, circling back.

REMINDER: Obama National Security Council’s director of cybersecurity policy was hired as a lobbyist for Huawei. 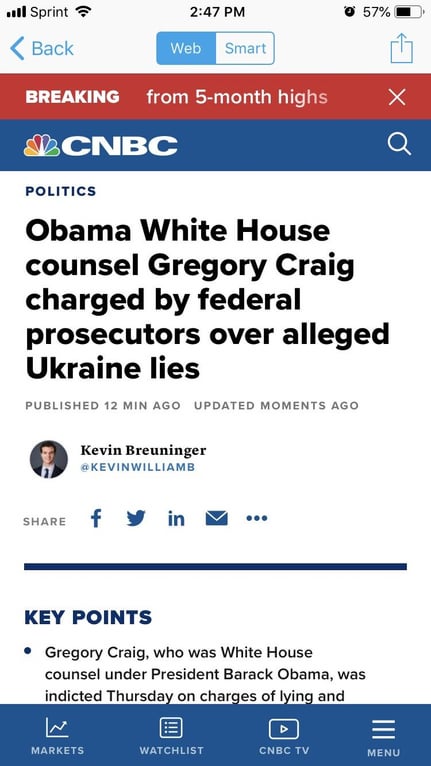