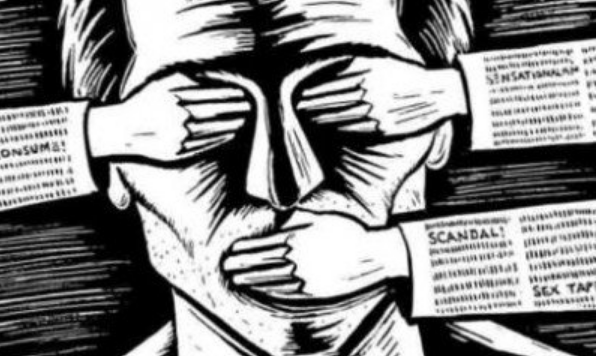 The mainstream media’s narratives are a carefully crafted infrastructure, a framework that guides the beliefs and behavior of most citizens. So, when news comes out that contradicts this framework, the media quickly misdirects. They generally do this by one of two ways: 1) by discrediting the person or organization that releases the contradictory news or 2) simply ignoring the contradictory news until it disappears from the headlines. The second option costs way less time and resources, which is why it is their preferred method.

In this article, I will go over three recent stories that the mainstream media would rather you forget.

The media is quick to point out any wrong committed by conservatives or people that don’t conform to their ideology, especially if that wrong involves what they consider an oppressed group of people. Third wave feminism and the #MeToo movement has designated women as oppressed. But crimes against women are apparently not as egregious when they are committed by leftist heroes.

Keith Ellison, a Democratic Congressman, was accused of domestic abuse a couple weeks ago. But instead of immediately believing the victim, as is a common mantra for leftists, the media swept it under the rug. If it was a non-leftist, is there any doubt the mob would have already presumed his guilt and ruined his career? I think we all know the answer to that.

White Farmers Killed and Forced Out of South Africa

See also  This is how the liars in the media frame the story....

Speaking of oppressed groups, leftists don’t consider whites to be one. They often say that racism towards whites cannot exist because racism is something that comes from power. That is complete nonsense, of course.

Unfortunately, leftists are willing to go much further than that. Now that news is coming out about the whites being murdered and forced out of South Africa, leftists have become quick to deflect. Not only are they dismissing these reports, the leftists with blue checkmarks on twitter are suggesting its white supremacy to acknowledge it. This is a story they are hoping quickly disappears. But if you want to learn more about it, check out this documentary here:

Unsurprisingly, the last story is in the same vein as the first two. The leftist narrative is always quick to deflect your attention away from any harm caused by Muslims. And yet again, this is because they consider Muslims an oppressed group.

This is perhaps the most disturbing story to come out in a long time. It was discovered that a compound in New Mexico – run by Muslim extremists – was training children to shoot up schools and other government facilities. They also killed a young child during a religious ritual. But in a bizarre turn of events, the compound was destroyed by authorities and the judge released the suspects on bail. It’s hard to think of anything currently that is more absurd than this story, yet it is beginning to disappear from headlines.

In a society where truth matters, news should not be prioritized by a victim or perpetrator’s skin color, gender or religion. Unfortunately, this is not a society that values truth. So, it is up to you to venture beyond the mainstream narrative, no matter how many dupes tell you that you are wrong for doing so. The stories the media are trying to cover up are stories most likely to reveal something fascinating.