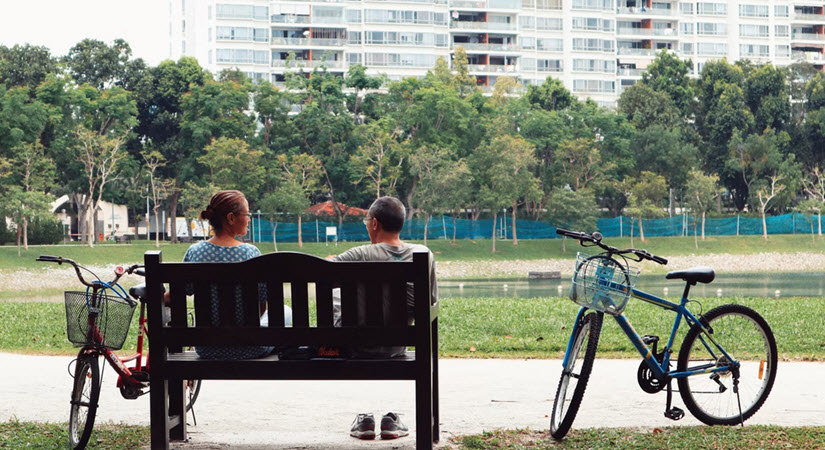 It looks as though the next few years will be a bumpy ride for retirement savers. Not welcome news, considering the fact that today’s “stubbornly, persistently high” inflation looks like it will stick around.

Even worse, some projections we’ve seen forecast a negative annual return on stocks for the next decade.

With news like that, it’s easy to just give up and change your retirement savings strategy to, “Die at my desk.” With the right knowledge, we’re confident Americans can successfully navigate their way through the mess. It’ll most certainly be more challenging. Not impossible.

First, we’ll start with an important update to retirement laws. Then, we’re going to cover two expected hurdles, and finally discuss the advantages of fine-tuning your retirement savings.

One challenge will be dealing with a slew of new life expectancy tables and rules at the IRS, which guide a retiree’s required minimum distribution (RMD) each year according to the age of the retiree and their account balance(s).

For example, as CNBC reported on the latest IRS change:

The same article proceeded to explain one example of a potential change that retirees might face under the new rules and tables:

With thousands of pages of tax code that changes constantly year after year, it can be hard to keep up. You’ll want to keep a close eye on your retirement account balance and the timing of your first RMD. That way you can come away from it in the best shape possible. (And avoid the penalties associated with accidentally violating the rules.)

Really, these changes in RMDs are small potatoes compared to what’s up next.

If you’re planning on retiring in the next ten years, read this

If rising inflation and new IRS hoops to jump through weren’t enough, there is also a potential for a prolonged market downturn in the near future. That’s worrisome because of something called sequence risk, defined by Investopedia as:

the danger that the timing of withdrawals from a retirement account will damage the investor’s overall return. Account withdrawals during a bear market are more costly than the same withdrawals in a bull market. A diversified portfolio can protect your savings against sequence risk.

In other words, “If there’s a downturn early on, it can derail a whole retirement plan,” according to Wade Pfau, a professor of retirement income at the American College of Financial Services.

In the words of certified financial planner Avani Ramnani: “If there’s a big loss in the market and you’re taking withdrawals, you could be taking more from your portfolio than what it can make up for.”

Obviously this doesn’t matter so long as we can rely on stable returns on our assets. Frankly, that isn’t looking too likely.

Hedge fund manager and long-time stock bull John Hussman is now convinced that retirement savers are looking at years of low-to-negative returns from stocks (thanks to the Fed-sponsored “everything bubble”):

We are fully convinced that these historic valuation extremes have removed decades of investment returns from the future, and strongly suspect that the Fed has amplified future downside risk as well. I believe investors have placed themselves in a position that is likely to be rewarded by a very long, interesting trip to nowhere over the coming 10-20 years. [emphasis added]

He also hinted at the possibility the Fed may not have the tools to bring the market back, if it does collapse: “It’s also worth noting that when investors are inclined toward risk-aversion, as they were in 2000-2002 and 2007-2009, even persistent and aggressive Fed easing may not support stocks.”

What about bonds, the other half of the traditional 60/40 retirement savings portfolio? Bad news there, too…

The combination of a near-zero Federal Funds Rate and 40-year-high prices has created an economic situation where traditional conservative investments just don’t work.

Consider: real (after-inflation) yields on all Treasuries, from four-week bills to 30-year bonds, are negative. That means buying a bond today guarantees after-inflation losses for as long as 30 years!

All TIPS yields are negative today.

See also  "It's Like The Early Days Of The Internet" The biggest lie in cryptocurrency, peddled by the biggest names in tech. - by Ed Zitron

So if you’re thinking about retiring within the next decade or so, it’s quite possible you’ll need to make sure your savings can ride out the storm. And you’ll probably need to look beyond the traditional retirement savings assets…

Can your savings endure the next decade (and beyond)?

One way to hedge against rising inflation, the potential for a prolonged market correction, and other challenges that could take place over the next decade is to consider diversifying some of your paper assets into a “safe haven.”

Investing legend Jeremy Grantham agrees. He summarized their recommendations to help ride out the coming storm:

A summary might be to avoid U.S. equities and emphasize the value stocks of emerging markets and several cheaper developed countries, most notably Japan. Speaking personally, I also like some cash for flexibility, some resources for inflation protection, as well as a little gold and silver. [emphasis added]

That safe haven could be an asset like physical gold or silver, which typically don’t lose their purchasing power because of inflation. They’re also good stores of value. Some investors diversify with physical precious metals in order to give themselves some “dry powder” to reallocate when the stock market reaches sane levels. Others enjoy the peace of mind that comes from knowing their savings can’t be inflated away, hacked or defaulted on.

Whether you’re planning to retire in the next few years or decades, you should feel confident your financial future. Diversification with physical precious metals may be what you need add resilience to your nest egg.