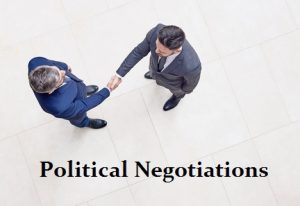 In your opinion of Trump’s trade war policy, you disagree with him because it makes China look weak. What is your solution when the real problem is China stealing intellectual property and they have been called out on it. A person or party always looks weak when they get caught doing something illegal or immoral. Is a little dose of humility and acknowledgment of the error too much to ask?

ANSWER: When dealing with nations, you really cannot humiliate the other side. The best way to deal with that is privately to make it appear there is cooperation and dignity. Both sides must save face. This is not a brawl nor is it a negotiation in a lawsuit. I believe that there is a huge cultural divide and that is a big problem. Many in the private sector in Asia do not negotiate the same way things are done in the West.

The best way is to negotiate behind the curtain and allow the victory to be shared. Head to head confrontation will never win. They cannot afford to yield. This is the same problem with Russia. How can anyone expect Putin to say, “Oh, sorry, you are right. I will yield to your sanctions!” There is less than a zero percent chance of that EVER happening and it would be political suicide for Putin to adopt such a policy in Russia.

I have been in that position of trying to negotiate between two foreign governments. It is not an easy task. One government asked me to see what I could do because I knew the leadership in the other. You must respect the dignity of each player when you are at that level of negotiation.