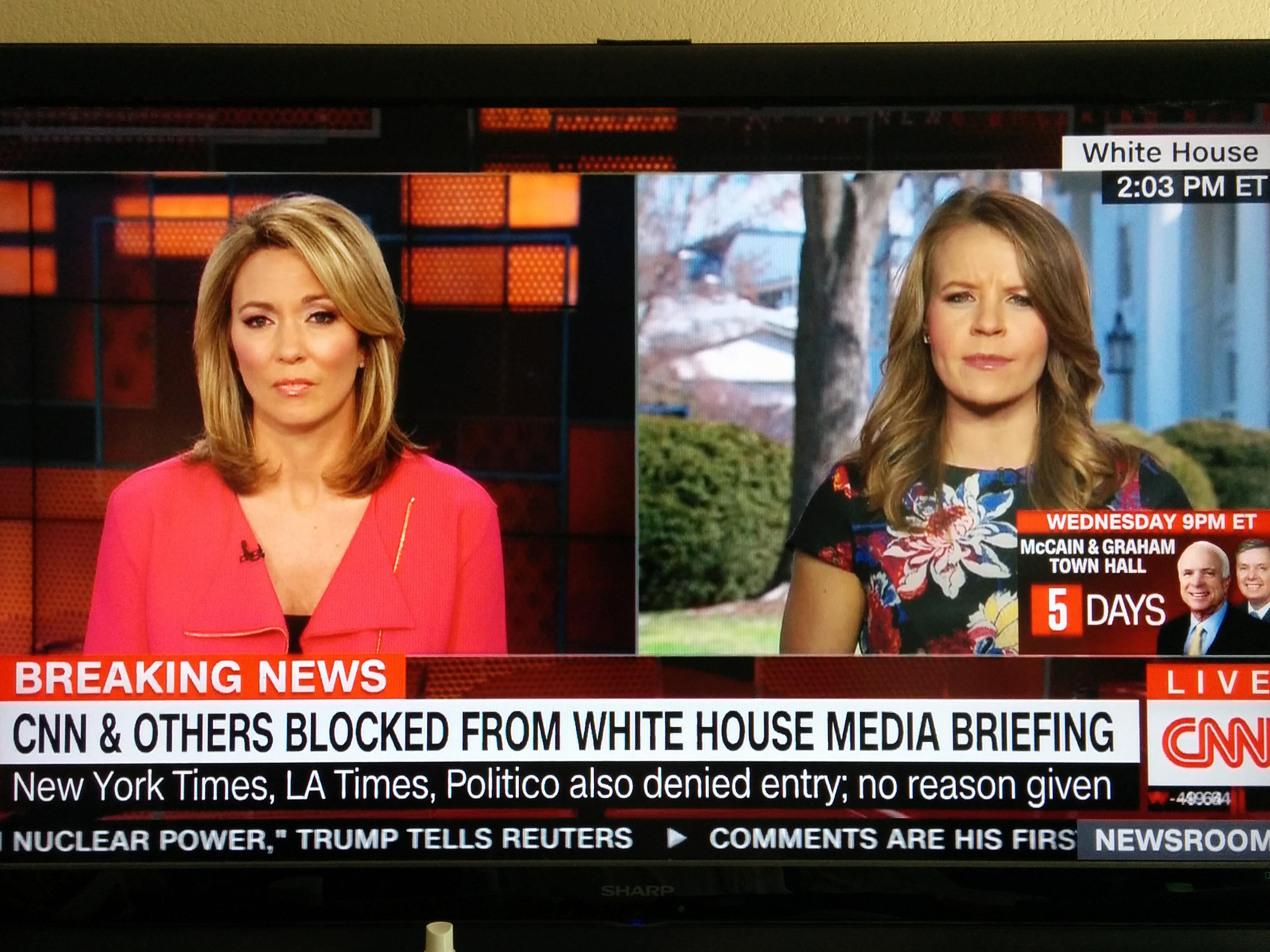 The White House blocked several mainstream media outlets from a press gaggle Friday with press secretary Sean Spicer.
CNN, The New York Times, Politico, Buzzfeed and the Los Angeles Times were not allowed to attend the gaggle, which replaced Spicer’s daily briefing. Reporters from those outlets were surprised when White House aides denied them entrance to the gaggle, reports The New York Times. Incensed reporters quickly tweeted out the news, and several outlets boycotted the gaggle in protest.
A partial list of outlets that were allowed to intend include The Wall Street Journal, CBS, NBC, ABC, Bloomberg, Fox News, Breitbart, and The Washington Times. The Associated Press and TIME did not attend in protest.
“A big deal” Politico’s Manu Raju tweeted Friday afternoon. “WH now picking and choosing which news outlets can attend Spicer gaggle …”

dailycaller.com/2017/02/24/white-house-blocks-nyt-cnn-and-other-outlets-from-press-briefing/
Paul Joseph Watson: MSM whining again about not getting access to every single event. Most of America hates you and no one cares. Cry me a river.

READ  White House Releases List of President Trump’s Accomplishments – And It Is Historic!
READ  GIULIANI: Trump Is Going To Address the PEOPLE at Exactly The RIGHT TIME

MSM whining again about not getting access to every single event.

Most of America hates you and no one cares. Cry me a river.

THIS IS NOT FAIR! host throws temper tantrum when TRUMP BANS CNN
CNN anchor Brooke Baldwin made the comment during an on-air chat with CNN White House correspondent Sarah Murray.