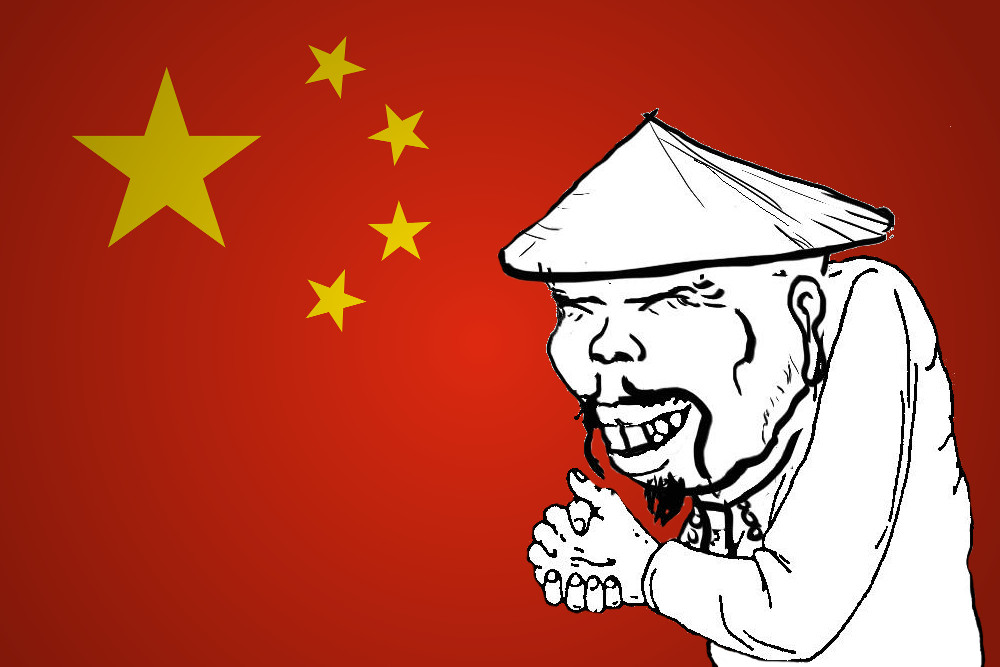 Do you remember that old campaign adage, “you’ll get tired of winning”? It was a fun line to scream in the face of your liberal friends, yet I bet not so many Americans, even hard-core Trump fans, took it very seriously. However, not two years into his presidency, Trump is proving why is better to have a businessman as president, than a life-long politician or apparatchik who never made any money in the free market. Today’s news went under the radar, but this is as important as it gets. The thing about the Chinese is that they’re known for their patience and cunning abilities, yet their schemes do not seem to work with Trump. And that’s perfectly understandable, since they’re not accustomed to America’s politicians playing to win (for their country, that is). Which is what Trump does. Winning is his specialty, or his special power if you like.

“The yuan has come under intense pressure in recent weeks on concerns about the outlook for the Chinese economy, the world’s second largest, in part resulting from the ongoing tariff conflict with the U.S. On Friday, the People’s Bank of China appeared to respond to that pressure, announcing that it was reintroducing a calculation method it called a “counter-cyclical factor” to keep the yuan’s daily midpoint fixed to a relatively stable value.”

Do you understand what that means, right? The mighty Chinese dragon is bowing down to the God Emperor. There’s no way around it. In layman’s terms, if China’s currency is stable, as in not manipulated by China’s central bank, that means the Chinese will no longer devalue Yuan’s value in order to maintain their competitive edge. Mind you, China is an export-based economy, unlike the US. Basically, China will no longer gaining tricky trade-advantages over the US. And yes, this was one of President Trump’s core campaign promises. And he delivered. Again.

Here’s more from the CNBC piece:

“In this case, Beijing is poised to fight the traders dragging the yuan’s value lower against the dollar. The currency, also known as the renminbi, is fixed daily by Chinese authorities against the U.S. dollar at a midpoint from which it can move as much as 2 percent in either direction, with a basket of other major currencies also a factor.

Mizuho Bank said that the “counter-cyclical factor” does not inherently include a directional bias for the yuan and is instead meant to keep it relatively stable against other currencies.

In general, a weaker currency can help a country’s export performance by making its products cheaper to those in other countries and thus more competitive in global markets.

The PBOC’s move could be “seen as a coded signal for a CNY strengthening policy,” Mizuho said in a note on Monday, using an abbreviation for the Chinese yuan.

Importantly, the Japanese bank said that the step underscores that the yuan weakness “is not a weapon” in the trade conflict.”

The Yuan was under a lot of pressure lately, as the investors were deeply concerned with regard to the outlook for the Chinese economy, following the ongoing trade-war unleashed by Trump via tariffs on Chinese-made (actually made by US corporations off-shoring their manufacturing in China due to globalism) goods entering the US.

Following today’s decision by China’s central bank, one may argue that the Chinese completely capitulated  and they’re now begging for mercy. Okay, I am exaggerating a little bit, for dramatic effect, but the thing is, the Chinese are starting to take President Trump very seriously. Which means they are taking the negotiations very seriously. They are now aware of the fact that Trump is not bluffing and he’s ready to wage total (economic) war against the chicoms, a war that will severely hurt their economy, IF the Chinese are not ready to give us a fair deal. This also means that the era where the Americans were taken on the proverbial ride by the Chinese Dragon Roller Coaster has come to an end. There’s no more gravy train for the Chinese.

We’re entering an era of deals and winning big. As promised.