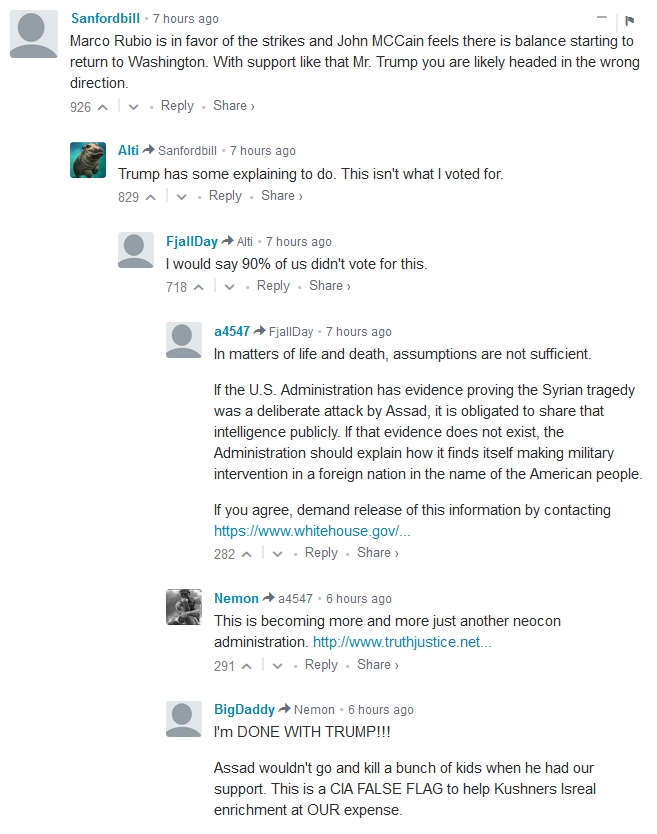 many of trumps’ supporters are criticizing this attack
many of his detractors are applauding the attack
his detractors will ditch/destroy him, or make him their puppet
and there won’t be anyone left to support him
he’s playing with fire here, in more than one way

Meddling in the Middle East has destroyed every president who’s ever tried it.

Damn I miss Ron Paul, he is so right on Syria. 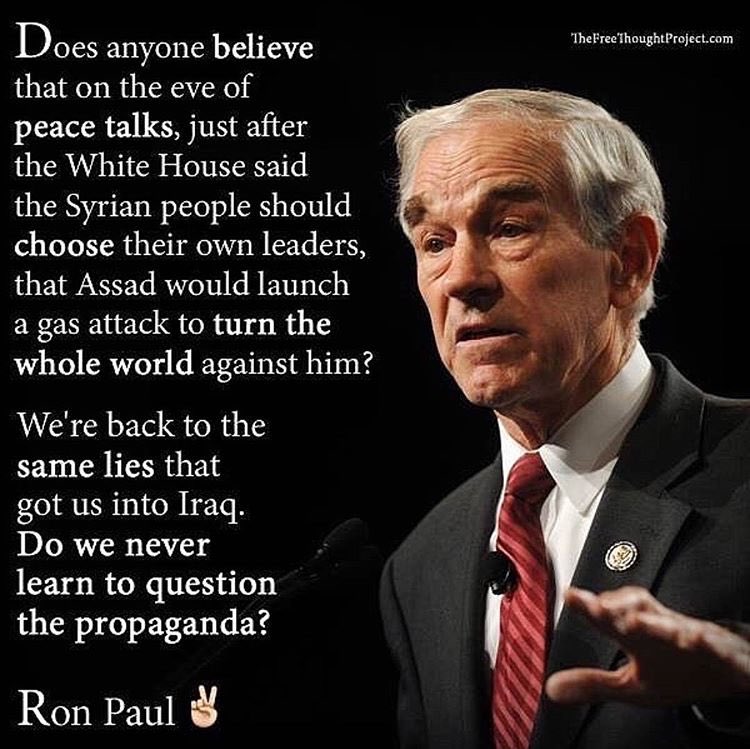 I guess Trump wasn't "Putin's puppet" after all, he was just another deep state/Neo-Con puppet.

I'm officially OFF the Trump train.

Ron Paul: Chemical Attack in Syria May Have Been False Flag by Deep State to Undermine Peace
The former Texas congressman explained that the timing of the incident was strange, as things were going reasonably well in Syria given the conditions. He noted that Trump had allowed the Syrians to decide who should be running their country, and that peace talks were in the works and terror groups were “on the run.”

Guest after guest is gushing. From MSNBC to CNN, Trump is receiving his best night of press so far. And all he had to do was start a war.

Incredible – Trump’s decision to bomb Syria instantly alienated his grass roots supporters but now the MSM and “Never Trumpers” are beginning to praise his “heroic actions”. The working-class of America just got stabbed in the back.
NYT and CNN now praising Trump

“Mr. Trump may not want to be “president of the world” but when a tyrant blatantly violates a basic norm of international conduct — in this case, the ban on using chemical or biological weapons in armed conflict, put in place after World War I — the world looks to America to act. Mr. Trump did, and for that he should be commended.”

NeoCon/Israeli-Firster & Never Trumper – Bill Kristol:
“If Pres. Trump takes appropriate action against Assad this #NeverTrumper will of course support him. He’s the president, not merely “Trump.”

81 thoughts on “Trump's support will be decimated unless he stops now! Ann Coulter: "Meddling in the Middle East has destroyed every president who’s ever tried it."”