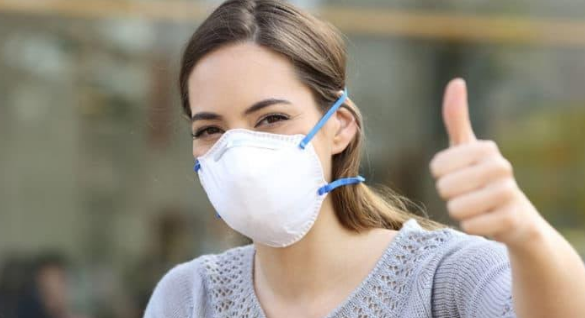 It’s still summer, but the legacy media is already starting to rev the fear-porn machine: the Delta Force covid variant is upon us, then Epsilon and maybe Lambada will kill us all in the end.  There are enough letters in the Greek alphabet to keep this going ad infinitum.

What are they doing is preparing the masses for new restrictions, new lockdowns, mandatory vaccinations, digital passports etc.

And they have the “experts” on their side, right? Trust the experts, trust the CDC, trust WHO, trust Fauci, you dumb goy. They want what’s best for you, right?

“Just two weeks to slow the spread”, remember that?

There is no Delta, or Epsilon. These people you see in the news don’t even have The Virus. Everything has become covid, because covid pays. If a researcher says they found a new Covid strain, they’ll be showered with money.

You cannot use a PCR test to sequence a variant. The variants have never been sequenced. Researchers use computer models based on the flawed sequencing of the supposed first case of SARS-CoV-2, to sequence possible mutations, and calling these new variants of SARS-CoV-2.

Since the collective intelligence of everyone researching “The Virus” is twelve points below clinically retarded, they run a PCR test on a sample taken from a person who they think is infected. They run the test for as many cycles as they need to get a match, and voila, that person is infected with the computer sequenced variant.

The Alpha version of supposed SARS-CoV-2 was supposedly the most transmissible and infectious pathogen ever, with a transmission rate of at least 3.8 and reported to be perhaps as high as 9.

Meaning each infected person infects at least 3.8 other people, and perhaps up to nine. During the year we were told one infected choir singer passed the infection on to at least 220 people in one church.

If Delta is 50-60% more infectious than Alpha, then each person will infect at least six others, perhaps dozens.

The problem with that is Delta is from last year in August. That is when it was first “identified“. A pathogen that infectious would have infected over 8 billion people in less than five weeks.

The supposed Alpha strain would have infected the entire world by the middle of last June. After a year, the cases would measure in the trillions if the exponential progression continued.

Obviously there aren’t trillions of people on the planet.

What that proves is either SARS-CoV-2 isn’t as infectious as claimed, or every single person on the planet has been exposed multiple times and simply didn’t even know.

There is a certain definitive fact.

Whatever the government tells you is for sure an absolute lie.

Anyone’s first mistake is believing that academic researchers are intelligent. They want to be proven correct far more than following proper procedure. So they’ll manipulate their research to come to the conclusion they want, not what the reality is.

Covid is an even greater fraud.

The list of researchers and scientists manipulating their data to validate their hilariously wrong theories is endless. Because the last thing they ever want is to lose their funding because they were wrong.

Remember at the beginning of covid when Tom Hanks “got it” along with his wife? They never had any symptoms and didn’t go to the hospital.

But, when you asked people if they knew of anyone who got covid, they all said yes. They said yes because they “knew” Tom Hanks. Tom is one of the most trusted celebrities. People think he is a good honest guy who wouldn’t lie to them.

In reality Tom is a sick Hollywood tool who is where he is only because he believes in the same perversions the rest of Hollywood lives by. His personality is a work of fiction like the movies he stars in. However, he served his purpose well.

When the government needed people to believe the danger of covid, Tom was there to tell everyone that covid is real.

See also  WHO IS REALLY IN CHARGE? WHITE HOUSE SAYS COVID-19 POLICY UNCHANGED DESPITE WHAT PRESIDENT BIDEN SAID ON 60 MINUTES

Do you honestly think Tom and his wife quarantined for two weeks?

You don’t even need great critical thinking skills to out the covid con. Two minutes is enough to blow it wide open.

My favorite part of the con was when the wildfires were raging and the “experts” said not to wear the cloth masks that protect from Covid, because they won’t protect you from inhaling dangerous smoke particles.

You know, the smoke particles which are so big that you can see. But the masks protect you from a particle millions of times smaller, like a supposed virus.

This is clown world on steroids, and everything is gay, fake and dumb.

Did you see this?

This isn’t fake news: The FBI seized a Lego set from a supposed “insurrectionist” who attended the Capitol protest.

Agents of the FBI are not ashamed of being a joke.

“THIS IS THE POLICE. OPEN UP. WE KNOW YOU HAVE LEGOS INSIDE.” pic.twitter.com/w6IpFkZYuJ 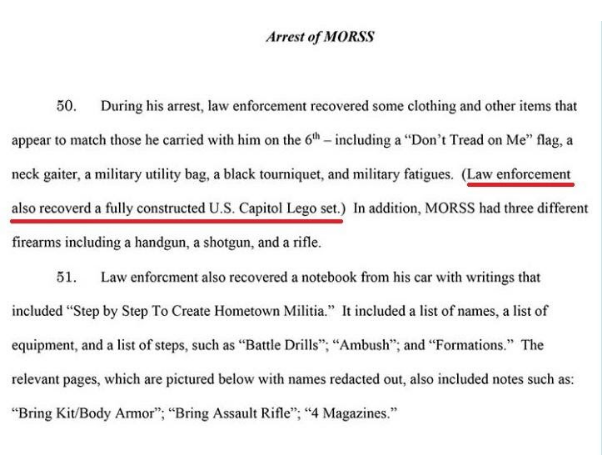