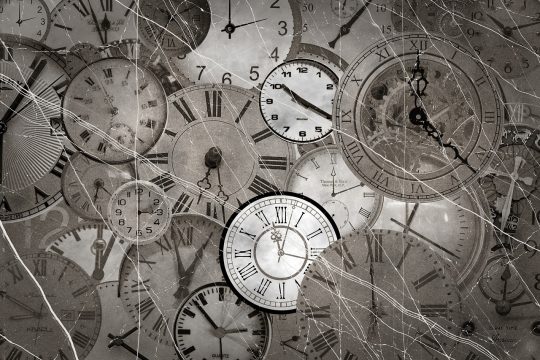 Things are sure getting wild on Wall Street.  On Thursday, the Dow Jones Industrial Average plummeted almost 800 points before roaring back and recovering nearly all of those losses.  The Dow closed just 79 points lower for the day, and if you only looked at the final number you would be tempted to believe that there is not much reason for concern.  But these wild swings up and down are precisely what we witnessed back in 2008, and they are a sign that the stock market is literally teetering on the precipice of disaster.  And it almost certainly would have been a historically bad day for stocks on Thursday if not for a very well-timed article in the Wall Street Journal.  Once news broke that the Federal Reserve is considering “a wait-and-see approach to rate hikes”, stock prices immediately began to rebound…

Stocks closed well off their session lows on Thursday after news broke that the Federal Reserve could tighten monetary policy at a slower pace than previously expected.

The Wall Street Journal reported the central bank is considering whether to signal a wait-and-see approach to rate hikes at its upcoming meeting this month. The report said Fed officials do not know what their next move on rates will be after December.

This just shows the immense power that the Federal Reserve possesses.

As I have discussed so many times previously, the Federal Reserve has far more power over the U.S. economy than anyone else does, and that includes the president of the United States.  Just the mere suggestion that the Fed may slow down the pace of rate hikes was enough to send Wall Street into a feeding frenzy.  Nothing that President Trump could have possibly said could have had that sort of a positive impact.

And this is a perfect example of how fundamentally flawed our system is.  Personally, I believe in free markets, and so it deeply, deeply offends me that we have an unelected, unaccountable panel of central bankers setting our interest rates for us.  As I have repeatedly proposed, we need to shut down the Federal Reserve and return to a system where interest rates are determined by the marketplace.

READ  It is Illegal to Discriminate against Non-Vaccinated People

I’ll get off my soapbox for now.  As I noted yesterday, stocks originally began plunging when news broke that Huawei CFO Meng Wanzhou had been arrested in Canada and would be extradited to the United States…

Trade fears ratcheted up after news broke Wednesday that Huawei CFO Meng Wanzhou was arrested by Canadian authorities in Vancouver, where she faces extradition to the U.S. The arrest — which took place Dec. 1 — decreases the likelihood that a permanent U.S.-China trade deal will be reached. Huawei is one of the largest mobile phone makers in the world.

Meng Wanzhou is also the daughter of the founder of the company, and her arrest apparently has something to do with the Justice Department’s investigation into whether Huawei has violated U.S. sanctions on Iran.

To most U.S. citizens, this is rather meaningless news, but in China there has been a massive explosion of outrage.  The Chinese are demanding her immediate release, and the editor in chief of the Global Times is calling her arrest “a declaration of war”…

Hu Xijin, the editor in chief of the Global Times, described the arrest as a “declaration of war” against China, according to the New York Times.  The Global Times is a state-run newspaper whose views are thought to reflect the ruling communist party in China. Hu’s comments were made on Weibo, a Twitter-like service, the New York Times reported.

“Without any solid evidence, the Canadian and US governments trampled on international law by basically ‘kidnapping’ Chinese citizen Meng,” an official with the Chinese Ministry of Commerce said in a Global Times op-ed. “The China-US trade row could become a protracted war.”

Nothing is done or said at the Global Times without the approval of the Communist Party, and if Hu Xijin was out of line he would be immediately fired.

But he wasn’t fired, because he was simply expressing what most Chinese are feeling at this moment.  In China, the consensus is that relations between the U.S. and China have “gone nuclear”, and at this point the only thing that is going to soothe things is the immediate release of Meng Wanzhou.

READ  April Fools! This market is teetering on a knife's edge. Many will be fucked!

Meanwhile, we just got more evidence that our trade war with China is not going very well at all.  Today we learned that the U.S. trade deficit shot up to a 10 year high during the month of October…

The U.S. trade deficit jumped to a 10-year high in October as soybean exports continued to fall and imports of consumer goods rose to a record high, suggesting the Trump administration’s tariff-related measures to shrink the trade gap likely have been ineffective.

The Commerce Department said on Thursday the trade deficit increased 1.7 percent to $55.5 billion, the highest level since October 2008. The trade gap has now widened for a five straight months.

And we also just got more evidence that the U.S. economy is slowing down.  Last month, factory orders declined at the fastest pace that we have seen in more than a year…

New orders for U.S.-made goods recorded their biggest drop in more than a year in October and business spending on equipment appeared to be softening, suggesting a slowdown in activity in the manufacturing sector.

Factory goods orders fell 2.1 percent amid a decline in demand for a range of goods, the Commerce Department said on Thursday. That was the largest decrease in orders since July 2017.

Economic conditions really are deteriorating, and our financial markets really are headed for big trouble.

But some people out there still refuse to accept reality.  For example, an article that was just posted by USA Today is strongly urging people “to buy the dip”…

If you have the courage, now might be a time to step in to buy stocks when they are beaten down and on sale, says Thorne Perkin, president of Papamarkou Wellner Asset Management.

The worst reaction is to panic and sell, as there’s a good chance you could miss a stock rebound in this environment, he says.

Sadly, a lot of people will take this advice and will watch their retirement savings go up in smoke.

We have reached a critical turning point, and things are really starting to heat up.  Unfortunately, most people out there still don’t seem to realize what is happening…